Fruits of Following the Sahaba 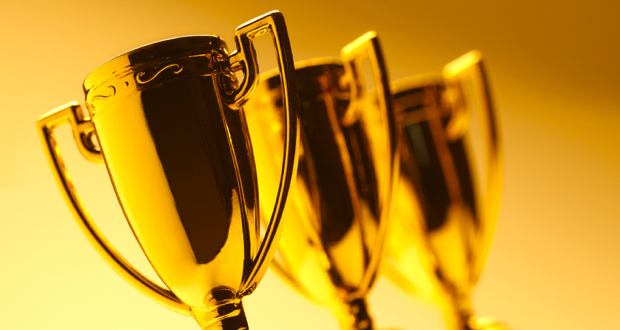 Poor are those who wish to ‘modernise’ Islām. Not only because they are seen as sell-outs by mainstream Muslims, but because they are at the fingertips of their neo-con masters. Little do they realise that they are in fact selling their afterlife to forward the worldly agenda of someone else. The orthodox Muslim, apart from being scorned at, is inherently seen as principled and resilient. Those who follow the example of the companions are winners in every sense, and in this article we outline just some of their ‘prizes’.

Is this not the dream of every Muslim? To know precisely what Allāh wants from you so that your worship of Him is correct and so that your understanding is most precise? The companions were in darkness but since it was the Prophet (sall Allāhu ʿalayhi wa sallam) who personally showed them the direction to the straight path, their awareness of its true nature is unmatched! Allāh says,

“And thus did We reveal to you an inspired book by Our command. You did not know what the Book was, nor what the faith was, but We made it a light, guiding thereby whom We please of Our servants; and most surely you show the way to the right path.”[1]

Thus, no one is more aware of the reality of this straight path than the companions since their teacher was he who was taught by Allāh.

For this reason, we saw the companion Ibnu ‘Abbas, when he went to debate a group of innovators, the Khawaarij who’d defected from ʿAlĪ’s army (raḍiy Allāhu ʿanhu), he said to them:

“I have come to you from the leader of the believers (‘Ali Ibnu Abi Taalib) and from the companions of the Prophet (sall Allāhu ʿalayhi wa sallam) and I do not see any of them amongst you.”[2]

One day, ʿUmar (raḍiy Allāhu ʿanhu) was alone contemplating, then he sent for ‘Ibnu ʿAbbas to ask him:

“How can this Ummah disunite whilst they read from the same book, they believe in the same prophet and they pray in the same direction?!” He responded, “O leader of the believers, the Qur’ān was revealed and we read it and understood it. But there will be a people who will come after us who will read the Qur’ān but not understand it and so they will develop different ideas. Then they will begin to differ with one another and when they differ, they will fight one another.”[3]

Every group has its own ideas which it insists are the absolute truth! How can we then agree? Why should I accept your understanding? And why should you accept mine? People will not budge. But when we make the understanding of the Salaf our judge and reference, then this will be a chief way of resolving disputes.

Whenever one realises that he is taking his understanding from them, all doubts are cast aside and absolute surety within you is born! There is no more hesitancy and no worry of being wrong. The people who will testify to the significance of this particular prize are those who have tasted the bitterness of being confused and in doubt.

Abū ʿAbdillāh, Moḥammad b. ʿUmar Ar Rāzi (‘Fakhru Deen Ar Razi’) – who was from the Ashā’ira, a group that insisted that their logic be given precedence to the Islamic texts, said towards the end of his life:

“The end point of our logic is shackles and majority of people’s efforts are astray.

And we have not benefited from our lifelong study, other than the gathering of “they said this” and “they said that””

Couplets in which he expresses his sense of loneliness, pain and regret for having wasted his time weighing up and gathering the opinions of the logicians.

And he would say,

“I have pondered deeply over the various sciences of discourse and methodologies of the philosophers and I found that they do not provide any answers at all!”

However, Imam Adh Dhahabi says about him,[2]

“We saw from his books calamities and major errors, reference to magic and deviances from the Sunnah, but we ask Allāh to forgive him for he died in a good state and Allāh is most aware of what is hidden.”

“I have visited all of the academies and looked critically at what they teach.

“O my friends! Do not busy yourself studying the sciences of Kalaam (speculative theology), for if I knew what it would end up doing to me, I would have never busied myself with it!”

And he said as he was dying:

“I have dived into a very deep sea and I moved away from the people of Islām and their sciences and I immersed myself in that which I was told not to and now, if my Lord does not have mercy upon me, then woe to me! And after all these years, I find myself dyeing upon the ‘Aqīda of my mother.”

Meaning after all those years of study, I have gone back to the simple ‘Aqīda of my mother, the same ‘Aqīda as that of the companions! Similar to this is the statement of Shams ad Deen al Khusrawshahi, of whose most prominent students were Fakhru Deen Ar Razi. Once, addressing one of his students he said:

5 – The most important prize: Safety and Light on the Day of Judgment

“The faces of Ahlus Sunnah wal Jamaa’a will be luminated and the faces of the innovators and separatists[5] will be darkened.”

The path of the Prophet and his companions. Call it fundamental, ‘backwards’, ‘outdated’, ‘medieval’, or whatever next, it is the path of safety and the way to Allāh, regardless of whomever may hate it or lambast the followers of it. May we live upon this path, die upon it, and meet Allāh attesting to it.

[5] Those who wish to separate the ‘Ummah into sects

[6] At Tirmithi, classified as Sahih