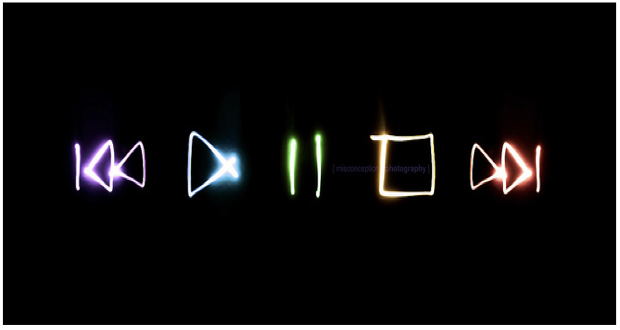 Many evidences in the Sharīʿah obligate the adoption of the understanding of the earliest generations, and call on Muslims to retreat to them particularly during times of dissension. Some of these evidences are explicit and others are implicit. This is the objective of our fourth article in this series, to show that it is not just logical, better and brings about more Barakah, but an obligation upon every Muslim to follow the earliest, so called ‘Orthodox’ understanding of Islām!

“And as for the foremost to embrace Islām of the Muhājirūn (the Migrants) and the Anṣār (the Helpers) and also those who followed them exactly (in Faith) Allāh is pleased with them and they are pleased with Him. He has prepared for them Gardens under which rivers flow (Paradise), to dwell therein forever. That is the supreme success.”[1]

“So if they believe in the same as you believe in, then they have been (rightly) guided; but if they turn away, then they are only in dissension.”[2]

Thus guidance has been restricted by the condition ‘if’ to following their example. True guidance is only attained when one’s beliefs are in accordance to the belief of the Prophet (sall Allāhu ʿalayhi wa sallam) and his companions and thus the ideal Īmān is when it resembles the Īmān of the companions.[3]

If at all any doubt remains in the conclusion that has just been drawn, then consider the following verse, and ask yourself, who else could it possibly refer to when it was revealed in their midst? Allāh says,

“And whoever opposes the Messenger after guidance has become clear to him and follows other than the way of the believers – We will give him what he has taken and drive him into Hell, and evil it is as a destination.”[4]

The worthiest people of being described as “the believers” – as mentioned in the Āyah above – are the companions. Ibn Kathīr states in at least two places of his Tafsīr, that their consensus has been given the level of infallibility as a way of honouring them, and to revere their teacher, Muḥammad (sall Allāhu ʿalayhi wa sallam).

“Verily he among you who lives long will see great controversy, so you must keep to my Sunnah and to the Sunnah of the Khulafā’ ar-Rāshidīn (the rightly guided caliphs), those who guide to the right way. Cling to it stubbornly [literally: with your molar teeth]. Beware of newly invented matters (in the religion), for verily every Bidʿah (innovation) is misguidance.”[5]

In another Ḥadīth on the authority of Abī Wāqid al Laythy (raḍiy Allāhu ʿanhu), the Prophet (sall Allāhu ʿalayhi wa sallam) once said:

“There will be Fitnah (trials and tribulations, including much differing).” They (the companions) asked: “So what should we do O Messenger of Allāh?” He said: “return to your former affair.”[6]

In yet another Ḥadīth, narrated by 15 different companions, the claim of needing enlightenment through ‘modernism’ is obliterated. The Prophet (sall Allāhu ʿalayhi wa sallam) said:

Bearing this Ḥadīth in mind, one may ask: How much real ‘enlightenment’ has been lost, being the Nth generation after the companions?!

After looking at some of the Āyāt and Aḥādīth in this regard, we move on to some of the statements of the scholars.

“The principles of the Sunnah according to us include: Holding tightly onto what the companions of the Prophet (sall Allāhu ʿalayhi wa sallam) were upon and imitating them.” [8]

“They are above us in every aspect of knowledge, Ijtihād[9], abstinence, rational, matters of knowledge and its derivations. Their opinions are more praiseworthy and worthier of being adhered to then our own.”[10]

“Stick to the track of the Salaf even if people reject you.”[12]

Abu al Hasan al Ash’ari stated (in the latter phase of his life):

“Our opinion, which is what we believe to be Deen, is to (1) Cling on to the book of Allāh Most High, (2) To cling on to the Sunnah of the Prophet Muḥammad (sall Allāhu ʿalayhi wa sallam) and (3) To cling on to what was reported from the Companions and their successors (al Tabiʿīn) and the scholars of Ḥadīth. On this we will continue to hold on tightly.[13]

To some it may sound strange to posit that we, as Muslims, need to look ‘backwards’ to go forwards! But actually, it is not strange at all. The only reason why ideologies and theories other than Islām need ‘developing’ is because of their deficiency to begin with. With Islām however, the source is Allāh, Who is free from defect and as for the recipient, it was the Messenger (sall Allāhu ʿalayhi wa sallam) and a community of saints. Thus true progression, advancement and enlightenment is when we retreat to their ways.

After having established the necessity of doing so, we will discuss in the next article the many benefits and prizes that comes with doing so.

[8] In ‘Usul al Sunnah (Principles of the Sunnah)

[9] Expending efforts to arrive at a Shari’ah ruling