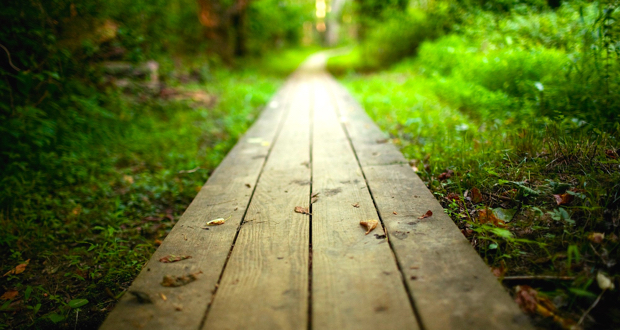 Backwards, ‘outdated’, ‘non-compatible’, ‘fundamentalists’… How often do we hear these terms spurted out at the Muslim community for following its ‘old ways’ in religious matters? Has the understanding of Islam really degenerated whilst the world becomes more sophisticated and advanced? Why is such authority given to the understanding of the ‘men of old’, whilst new philosophies are discounted as ‘innovation’, ‘corruption’ and ‘unfounded’? In our previous article we presented a number of compelling reasons why Muslims choose the understanding of the first three generations of Muslims over their very own and here we continue with even more.

They were the most competent when it come to the Language of the Qur’an, as it was revealed in their Language

History has never witnessed a people who were more eloquent and better in expressing themselves than the Arabs who lived in those early generations, for their linguistic talents were not acquired at academies but it was their day to day speech.

Imām Ash-Shātibi says, stating one of the reasons why their understanding is to be given precedence:

“Their knowledge of the Arabic language, they were eloquent Arabs having suffered no defect to their language.”[1] (i.e. like what happened to those who came after them)

They are the most blessed of all people

This was because of their Īmān and closeness to the Prophet (sall Allāhu ʿalayhi wa sallam) and thus the understanding of a blessed person will always be more astute than one who is not. Allāh says,

“O you who believe! If you obey and fear Allāh, He will grant you Furqān [(a criterion to judge between right and wrong).”[2]

“Behold! in this are Signs for those who understand the signs.”[3]

The companions, the Tābiʿīn and the Tabiʿ Tābiʿīn[4] are the worthiest of all of these characteristics for they possessed the greatest Farāsah or intuition, the soundest minds, the most precise of opinions and some of them were Muhaddathūn or inspired to speak the truth, as testified to by the Messenger of Allāh. Thus the Qur’ān would at times be revealed confirming their opinions, like in the case of ʿUmar on several occasions. Because of this unmatched Barakah existing among the Prophetic community, Ibnu Masʿūd would say,

“Whoever among you wishes to follow someone, let him follow the ones who have died, for the one who is still alive is not safe from Fitnah[5]. They are the companions of Prophet Muhammad (sall Allāhu ʿalayhi wa sallam)! They were the best of this Ummah, possessing the most righteous of hearts and the deepest of knowledge and were the most straightforward of people. They were those whom Allāh chose to accompany His Prophet and establish His religion. So acknowledge their virtue and follow in their footsteps, and adhere as much as you can to their morals and religion, for they were upon the correct guidance.”[6]

In fact, our Salaf were not only more blessed than all others in respect to the understanding of the religious texts, but were more blessed even with respect to war and conquests.

The same way that Allāh allowed them to open up lands, He (subḥānahu wa taʿālā) had also opened up their hearts to understand revelation. They were the most blessed of all people.

Because of the way in which they received revelation, their enthusiasm for knowledge, their eagerness to practice what they had learnt and their natural proficiency in the Arabic language. They were the blessed of all people and their understanding surpasses all other understandings

“Ask me about the Qur’ān as you wish, for there is not an Ayah from the Qur’ān except that I know whether it was revealed at night or day, or on a flat land or mountain.”[9]

That is something which only a companion could tell you! Thus can we compare the understanding of those who witnessed with the one who did not? Imām Ash-Shātibi would negate this and would say,

“They are the most established of people when it comes to understanding events as they unfolded as well as the reasons behind revelation and thus they will understand things in ways which others will not understand. The one who is present will always see things differently to the one who was absent.”[10]

Allow me to give you an example of how the understanding of those who witnessed cannot be compared to those who did not. The Āyah,

“And spend in the way of Allāh and do not throw yourselves with your own hands into destruction,”[11]  is clear with no complicated words!

Abū Ayyūb, the companion, saw a man who jumped into the lines of the enemies when they were trying to conquer Constantinople without fear. So one of the Muslim soldiers said,

Abū Ayyūb informed him that this was the wrong understanding of this Ayah. He explained to him the context of the revelation of this Āyah and then told him,

“Throwing one’s self into destruction is when we settle down amidst our wealth to attend to it and thus causing us to forsake Jihād.”[12] So Abū Ayyūb’s first hand source of information enabled him to attain the correct meaning as intended by Allāh, inaccessible to the former.

So after establishing the authority of the most orthodox understanding of Islām, adopted and disseminated by the Prophet, his companions and the succeeding early generations, the pivotal question remains; what ruling has the Sharīʿah attached to following them? Even if their understanding is better than mine, is it not sufficient that I follow my own interpretation of Islām, or one on-par with ‘modernity’? Finally, what is in it for me if I succeed in treading their steps? All this, in shāAllāh will be addressed in the next article of this series, walḥamdulli rabil ʿālamīn.

[5] Specifically referring to becoming misguided after being guided. There is no guarantee that someone alive will remain guided until his death, whilst those whom have died upon guidance have this guarantee.

[6] According to ibnu ‘Abdil Barr, this statement is also attributed to Ibnu ‘Umar and Al-Hasan Al-Basri.

[12] Sahih Sunan Abu Dawud on the authority of Abu Ayyoob