Who are the ‘Salaf’? 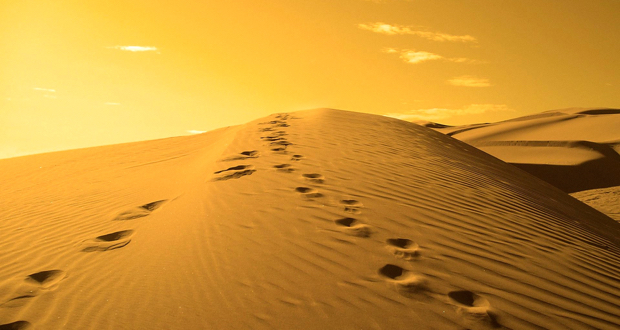 With terms such as ‘salaf’ and ‘salafism’ having become highly politicised and sensationalised in the public domain, Shaikh Ali Hammuda separates fact from fiction in this series demystifying the status and authority of the constitutive and interpretive “Understanding of the Companions” of the Messenger of God (sallAllāhu ‘alayhi wasallam).

Authority of the Understanding of the Companions

“Allāh looked at the people of the earth and was angry with them all, Arabs and non-Arabs, except for a remainder of the People of the Book.”[1]

Allāh would then rescue humanity from this worldwide plight of darkness by sending them the final messenger who would, as Allāh said,

“…recite to them His verses and purify them and teach them the Book and wisdom – although they were before in clear error.”[2]

Just as the final messenger was chosen as the greatest individual to have ever lived, his supporters and assistants would similarly be chosen from the greatest that have ever lived. These were men and women who saw his movements first hand, heard his speech without middlemen and comprehended his guidance just as he had intended. This would continue until 23 years of prophethood had elapsed and Allāh finally revealed,

“This day, I have perfected your religion for you, completed My Favour upon you, and have chosen for you Islām as your religion.” [3]

After this blessed generation came another known as the Tābi’īn who followed the exact footsteps of the companions and delivered their responsibility towards Islām with the same excellence as that of the companions, warding off innovations, correcting misinterpretations and exposing fabrications from the Dīn of Islām. Then came after them a third generation who did the exact same and thus our messenger would praise these three generations in ways which he would not praise others.

Then, however, in generations that followed, we saw the appearance of many splinter groups and sects, who began to move away from the Jamā’a (collective mass) with an unprecedented degree of success. Different ideologies emerged and crystallised, such as the Khawārij (renegades), the Rāfida (extreme Shi’ites) and the Mu’tazila (speculative theologians), each group filtering the Qur’ān and Sunnah through their own paradigms in ways which were at odds with the understandings of the earlier generations. This was due to either Jahl (ignorance) or Hawā (desire) or a combination of the two. As the gap between us and the era of Prophethood widened, so did the number of worldviews and so did differences.

With the passage of time, the Ummah found itself losing much of its dignity and self-respect as it gradually strayed from the old and pure understandings. As the inferiority complex started to eat away at us, we began to look towards others in search for this lost dignity, and in many instances, the first victim of our desperate pursuit for ‘enlightenment’ was our core principles. With time, the Harām (forbidden) was deemed Halāl (permitted) and what was previously a despised innovation became, to some, an advisable Sunnah, or something recommended. As a result, those who held onto the oldest of understandings, namely that of the companions, were now labelled ‘backward’, ‘archaic’ or ‘hard-headed’.

In the 21st century, this has become the baseline of all arguments levelled at this orthodoxy, and the motivation behind the setting up of ‘modernist’, and allegedly more ‘compatible’ versions of Islām; disputing the relevance or authority of old understandings of Islām. This short series of articles is thus an attempt to demystify the concept of the orthodox understanding of Islām and that, contrary to it being backward, it is in fact that only way forward.

What does ‘understanding’ mean?

First of all, one of the greatest of all favours which one could receive from Allāh is the favour of ‘Fahm’ or understanding. Allāh says, telling us about the difference of opinion which occurred between the Prophet Sulaimān (‘alayhi al-Salām) and his father Prophet Dāwūd (‘alayhi al-Salām), “We gave Sulaiman the understanding of it.”[4] In that instance, Sulaimān was the recipient of this blessing.

Similarly, Imām al-Bukhāri titled a chapter in his ‘Sahīh’ compilation as: “The chapter of understanding knowledge” and quoted the famous Hadīth of Ibn ‘Umar:

“Amongst the trees, there is a tree which resembles a Muslim.” Ibn ‘Umar said, “I wanted to say that it was the date palm tree but since I was the youngest of all of them I kept quiet.” And then the Prophet (sallAllāhu ‘alayhi wasallam) said, “It is the date-palm tree.”[5][6]

In that instance, Ibn ‘Umar was the recipient of this blessing. Furthermore, the Prophet (sallAllāhu ‘alayhi wasallam) would say,

“When Allāh wishes good for anyone, He bestows upon him the Fiqh (understanding) of the religion.” [7]

Thus the opposite of this is true. When Allāh does not want good for a person, He keeps this person ignorant with regards to Islām.

Who are the ‘Salaf’ and what are the usages of this term?

“Salaf” is a term which we hear being thrown about abundantly nowadays and so let us ask, what does this term mean and who or what is it in reference to?

When the three Arabic letters of ‘Sīn‘, ‘Lām‘ and ‘Fā‘ come together then the linguistic reference is to something that has preceded. The Qur’ān has used this term in eight places in reference to this very meaning. For example, Allāh says,

“And We made them a precedent and an example to later generations.”[9] (The term which was used for “precedent” is Salaf).

“Say to those who have disbelieved, if they desist (from disbelief), their past will be forgiven.”[10] (The term which was used for “past” is “Salaf”).

Similarly, the Prophet (sallAllāhu ‘alayhi wasallam) would say to Hakīm b. Hizām after he had embraced Islām,

“You have embraced Islām and your good deeds which preceded are still with you.”[11]

Now what is the technical definition of this term? In other words, when the scholars use it in the Islamic context, what are they specifically referring to? Its usage is in reference to one of two elements:

1 – It is used in reference to a specific period of history that has passed.

This is taken from the famous Hadīth of ‘Imrān b. Husayn,

So the first usage of this term is in reference to a specific era that has preceded.

However, the vast majority of the scholars both past and present were of the view that the term ‘Salaf‘ is in fact in reference to the generation of the companions, the Tābi’īn and the generation which came after them, due to the Hadīth of ‘Imrān stated above. This is with regards to its first usage.

2 – It is used in reference to a specific methodology which is not specific to an era.

However, these were individual and isolated cases which did not reflect that blessed era and their innovations were dealt with and deconstructed appropriately. Thus when speaking about the understanding of the ‘Salaf‘, some tend to refer to the ‘Jumhūr‘ (majority) of the opinions of the Salaf or they say, ‘al-Salaf al-Sālih‘, ‘our righteous predecessors’ to exclude those aforementioned individual cases. Therefore whoever was a person of innovation or desire is not classified as being part of the ‘imitated Salaf‘ (al-Muqtadā bihim) even if such a person happened to live in their era. Thus the second usage of the term ‘Salaf‘ is in reference to a methodology—being upon what the first three generations were upon in terms of beliefs, acts of worship and how the texts were approached and applied.

What is meant by the term ‘Fahm al-Salaf‘ or ‘the understanding of the Salaf‘? How can we classify a particular opinion on an Islamic matter as being an opinion or even the ‘opinion of the Salaf’? Furthermore, what is the nature of this ‘orthodox understanding’ which the scholars (like Imām Ahmad rahimahullāh) promoted?

This will be the subject, by the permission of Allāh, of the forthcoming article. And all praise and thanks are due to Allāh.

[6] This is because every aspect of the date-palm tree is beneficial, its leaves, fruits, date stone, branches, shade. Similarly is the believer; always being of benefit regardless of his circumstance or whereabouts.