As humans, we live multifaceted lives with depth and breadth of personality, character, and multiple planes of reality. Join Dr. Najmuddin Hasan in this second part of three, as he dissects the human experience.
Islamic Thought 11/11/20221 Comment8 Mins ReadBy Dr Najmuddin Hasan 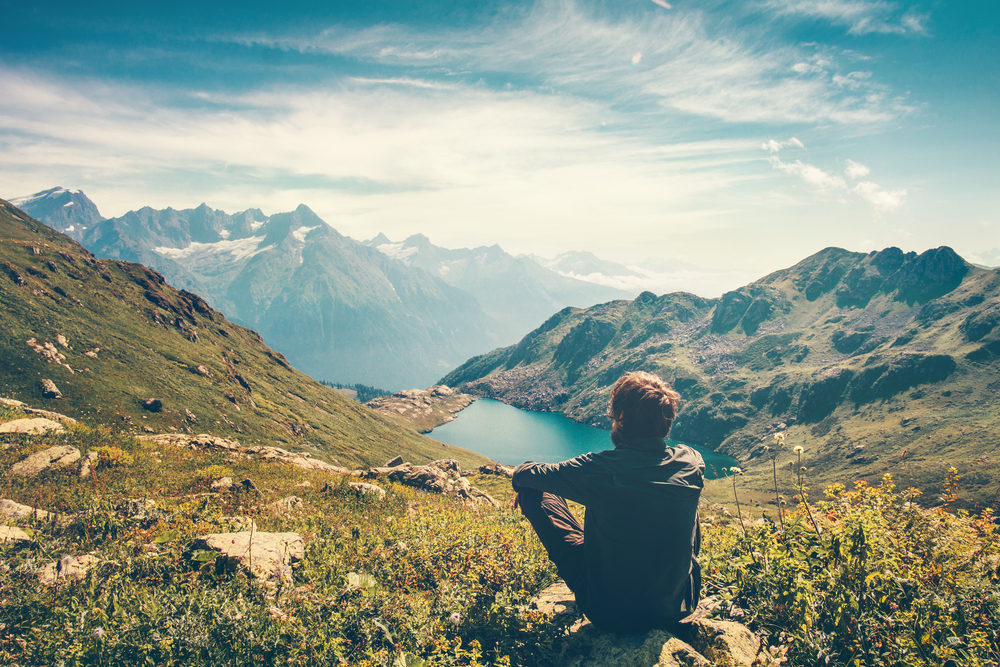 Our previous discourse provided the purpose of Man’s existence. To actualise this path, we must first understand ‘What is man?’. It is not sufficient to outwardly obey God’s Laws while desiring the pleasures of paradise while harbouring worldly attachments (shirk) and pride in our heart. Such a character would not belong to the people of Paradise. Our purpose requires the purging of our deficiencies and purification of our heart through submission to God.

The modern philosophy adopts Democritus’ ‘Model of the Atom’ – that the physical entity is the basis of all. Humans are a composition of atoms alone, little different to a rock. Simplicity leads to Complexity, in complete defiance of the Law of Entropy, which states that systems tend to move towards homogenous disorder.

In the ancient world. Original Perfection was the beginning and imitation, reflection, and refraction followed. The ’greater proceeds the lesser’, we often say ‘the total is greater than the sum of the parts’. The traditional Spiritual world understood that ‘Unity proceeds Multiplicity’; One represents completeness and perfection, NOT homogeny, whereas multiplicity arises from diffraction of the light of the One in the prism of the created realm. Hence, the differentiation of the Human Entity can be explained in a variety of representations. We will utilise the most accessible representation below.

The Realms of Human Existence

Man exists in three planes of reality, the spiritual plane, the psychological plane and the material plane. These planes pertain to different realms:

For the purpose of this essay, emotions comprise of both sentiments and passions, with passions being bodily or animalistic emotions and sentiment representing the specifically human and social emotions such as friendship and charity.

Associated with each aspect of man is a set of instincts and a level of knowledge. The animalistic instincts range from hunger, thirst, lust, and so on. And the knowledge is of a strictly worldly, physical order. The sentimental instincts range from happiness, sadness, anger, kindness, human love, and so on. And the knowledge contains sentimental non-physical values such as morals and ethics. The Divine instincts start from submission to God, selflessness, humility, disinterested virtue, and result in Divine love (complete submission), and the knowledge is of a Divine and celestial order. In Arabic terminology, the Divine Primordial Instinct is referred to as the “Fitrah”.

Potentially, all men can reach their Spiritual/ Heavenly Reality through the mechanism and formula of religion – “the reawakening of the Divine instincts”. In actuality, where a man’s centre lies, in the celestial, sentimental, or physical realm identifies whether he is a spiritual, sentimental, or passionate man; that is to say, which set of instincts determine him.

To further emphasise the non-equality of these types, bear in mind: all men have a body, all men have a soul, but only some men allow themselves access to the spirit. Whereas a passionate man is unaware of his sentiments and Divine instincts, a spiritual man’s Divine instincts both master and channelise his lower instincts.

Three States of the Soul

Within the Islamic terminology, the three planes of reality correspond to the three states of the Soul:

The three states of man:

“Surely, We brought man into being out of dry ringing clay which was wrought from black mud.” [1]

“When I have proportioned him and breathed into him of My Spirit, then fall down to him in prostration.” [2]

The Spiritual state of man is by definition good, being from Allah, this is the highest and original Heavenly (primordial) man, in which the spirit permeates man’s whole being, and all actions are done in awareness, contemplation, and praise of Allah.

“O contented soul, return to your Lord well pleased, and pleasing to Him.” [3]

The second state is noble man, who strives to submit to God, by contending and reproaching his passions and desires.

The lowest state is profane man, dominated by his worldly passions and desires, who ultimately becomes a slave to the world like an animal.

Prayer is the Mode of introspection where one bares his soul completely before his Creator and can recognise himself and pray to God to overcome his deficiencies and ascend to the highest state.

“And remember your Rabb inside your-self.” [6]

The Basis of the Human Personality

As related earlier, in the Adamic Reality, man reflects the Qualities (Sifaat) of God in the created realm in complete balance to entitle him to the status of Viceregent of God. This status is only truly reflected within the Prophets of God, the rest of mankind being remote and fragmentary reflections of these ideal archetypal personalities – the Prophets. The extent to which we reflect these Qualities bestows upon us our specific personality.

Traditionally, there have been numerous bases or formulations to deconstruct and differentiate different personalities. In many traditional societies, the four elemental traits – Earth, Fire, Water and Air – provided the axis for the various Character types:

Some characters may possess only one or two elemental traits, whiles others may possess three or four elemental traits. But it is how these traits are directed: toward God, enhancing and enriching the person and expanding to reflect other qualities to unify his soul or alternatively when directed away from God, these traits constrict and suffocate the individual, dissipating his soul.

The Triad of Human Personalities

A more transparent formalisation of Human Personalities is represented by the traditional triad structure of:

The Intellectual Man is the honest personality who sees things objectively and dispassionately, he wants to know the Truth and expresses a more selfless nature – this is most obviously manifest in scholars. The Man leads through wisdom. Although, with the absence of strength and compassion, he can appear weak and cold, a bookworm or library.

The Strong Man is the determined personality with the energy and strength to implement and establish the Truth. He is the man of will, who strives with effort and endurance. This Man leads by example, a Captain of the Guard. Although, with the absence of wisdom and sentiments, he can become blind (in direction), selfish and ruthless.

The Compassionate Man is the kind and generous personality with the love of Truth and mercy in his heart. He is the man of love and sentiment, who cares for and inspires others and negates his ego by being selfless. This man leads as a father putting others before himself. Although with absence of wisdom and strength, he can become lost and weak.

Indeed, men are invariably built of a composite of these different facets in differing degrees. By man identifying the qualities he possesses, he can direct those qualities to God, and ask God to help develop the other faculties (or overcome his deficiencies and weaknesses) in order to complete his nature. Like the stands of a tripod, a personality is only stable when the three legs each carry out their function.

As stated above, prayer is the mode of introspection where one bares his soul completely before his Creator and can recognise himself and pray to God to ascend to the highest state.

“Whoever knows himself, knows his Lord.” [7]