Nurturing the Ummah in 2016 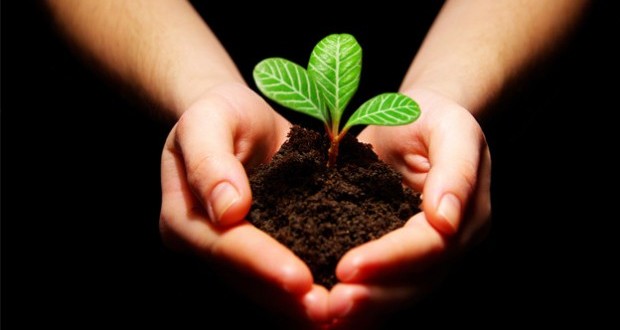 Children are a blessing from Allāh. In the Qur’ān when children are mentioned they are referred to as a gift or a granted treasure. Few examples include

At that, Zakariyah called upon his Lord, saying, “My Lord, gift me from Yourself a good offspring. Indeed, You are the Hearer of supplication.”[1]

And those who say, “Our Lord, grant us from among our wives and offspring comfort to our eyes and make us an example for the righteous.”[3]

Islām considers children to be an amānah from Allāh; a trust we have been given and of which we will be questioned on the Day of Judgement. The idea of our children being entrusted serves to remind us that we will one day leave this world, leaving behind our children. At such a point they will be the bearers of the lessons we imparted to them, the nurturing we gave them and the Islām with which we raised them. As is a common belief in most forward-thinking societies and our belief at Islam21c, children are the future, they are the next generation and the agents of change. As such, in 2016 we worked with a range of authors, mothers and experts from relevant fields to bring articles on the education, nurturing and raising of children with a focus on their intellectual and spiritual growth.

We began the year with an article on the importance of education and the emphasis Islām puts on educating our ummah so we may reflect, understand and be successful. Activist Imran Shah wrote an article on education being the difference between Slavery and Freedom stating:

The significance that Islām puts on the believer to read and learn knowledge is probably far more so than by any other religion or secular ideology. In fact, the emphasis of it being fardh ‘ayn, means every single believer is obligated to learn and become knowledgeable to the best of his/her ability.

The Prophet Muḥammad (sall Allāhu ʿalayhi wa sallam) said: “The seeking of knowledge is obligatory for every Muslim.”[4]

From his article we learnt that in cultivating a global society of ignorance, we create a culture of selfishness, injustice and suffering, where we are either the victims or the complicit supporters of scenarios such as those we see on TV, thus creating the emotional and mental foundations of a human being that is unlikely to resist change. In educating our children we offer them the greatest hopes for a future of justice and give them the necessary tools to resist oppression.

An article by psychologist, mother and published author, Umm Safiyyah, soon followed. She wrote on Developing Reflective Thinking in our Children suggesting that,

Thinking reflectively ensures an individual employs a thought process that is logical, coherent and rational, allowing them to make decisions that are beneficial to themselves and to the community at large. Unfortunately, some of our Muslim youth lack this, which is a form of intervention, in the face of overwhelming options presented to them in the 21st century.[5]

To combat this she suggests practical examples to aid in encouraging children to think reflectively including: encouraging, motivating, listening to them and helping them elaborate their thoughts to help exercise their minds.

The critical importance of education was explored in a shocking article on the Turkish Teaching Revolution. In it we learnt of how Atatürk secularised an entire Islamic nation so quickly, inculcating mass docility and rendering obsolete the last standing Caliphate by making radical changes to the educational system.

Atatürk realised very quickly that it was children who would lead Secular Turkey in its prospective decades of change. He realised that in order to destroy the Ottoman Empire’s cultural and religious heritage and to bring about a lasting change, he must sever these emerging roots to religious exposure. And so he set about reforming the educational system.[6]

In this article we realised the imperative need of Muslims going into teaching. We understood that, in order to raise our youth upon Islām, we need a generation of firm, principled, practicing Muslim teachers who are willing to look past the stigma and status associated with the job, knowing for certain that they are planting seeds of īmān and developing the leaders of tomorrow merely through their presence. And if we cannot become teachers, then it is our collective duty to work within our own spheres of influence, each according to our utmost ability, to develop our youth for the prosperity of our Ummah.

Our concern with empowering the youth did not stop there. In October we published two articles, Aspiring Minds: Empowering the Youth and Good news for innovators. In the first we explored a great many topics including: The need for spiritual development; youth problems and solutions; roles of parents and educators; aspiring young women, and raising tomorrow’s leaders. In the second, engineering student Fahad Rage writes and exciting exclusive for Islam21c on winning a national award and being touted a “future industry leader”. In his article he speaks of his success, imparts on some advice for aspiring Muslims across the world, and motivates our youth to become beacons of light in the path to improving society.

As wonderful a gift as children are they can also be a test. This past year at Islam21c we dedicated articles to offering guidance and support to those struggling with their roles as guardians and educators.

“O you who have believed, protect yourselves and your families from a Fire whose fuel is people and stones….”[7]

As such, we imparted 7 Tips to Talking about Sex in the hopes of helping parents with children on the cusp of adulthood. We also explored what the Qur’ān says on Insolent Children and the People of ʿĀd highlighting the modern day tragedy of disobedience and disrespect to parents and the perils of growing up with the ʿĀd-complex.

In November, we rounded up the year by taking a moment to acknowledge the unsung heroes in our society; our mothers. Despite the adversities that come with sole parenting, it is not in itself an obstacle to raising successful children. In fact, many of the greatest role models and most influential people in history were raised by single mothers. Many prophets, scholars and military leaders have been raised without a father figure in their lives to turn to for guidance, advice and support but they are remembered today because of the efforts of their mothers, the unsung heroes of history. Shaikh Dr Haitham al-Haddad imparted a few words in a reminder about mothers and we celebrated our mothers with HHUGS during their annual dinner.