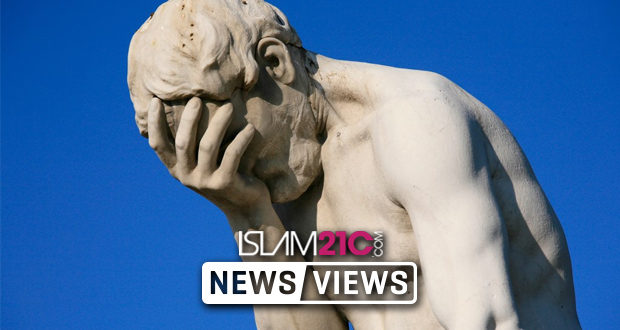 The internet, mainstream media and even some politicians have reacted with a combination of disbelief and amusement following the government announcement of its choice to head up the newly-formed Commission for Countering Extremism—Sara Khan.

What is the Extremism Commission?

The commission has long been seen as a “Plan B” for May’s government after failing year after year to pass an Extremism Bill through parliament, primarily due to the problem with defining what “extremism” actually means.[1]

This commission is thus understood to be an attempt to push through measures against so-called “extremism” without a statutory basis; measures which have been described as counter-productive (considering the non-correlation between the government’s definition of “extremism” and “terrorism”) and structurally racist,[2][3] following the same underlying epistemology as Prevent­—which has been discredited as “pseudoscience”.[4]

“Mouthpiece of the UK Home Office”

Sara Khan is reported to have worked with the government since at least 2005, holding various advisory roles since then and forming “Inspire” in 2008, which claims to promote women’s rights. She has proven to be a controversial and divisive figure amongst Muslims, seen as a mouthpiece to the government, championing the toxic and “inherently flawed” Prevent policy,[5] and taking a firm stance against normative Islamic principles and speakers.

The organisation Inspire was implicated in a CAGE report in 2016, revealed that a secretive government department called RICU (Research, Information and Communications Unit) had been cultivating—with top PR agencies—a network of “grass-roots” Muslim voices to promote “counter-narratives” on behalf of the UK government, without any public debate or oversight.[6]

“Alarm” at the appointment

Many have criticised the appointment already, prompting within hours national headlines such as “Controversy over new counter-extremism tsar Sara Khan”,[7] and “Choice of new UK anti-extremism chief criticised as ‘alarming’”.[8]

“The appointment of Sara Khan has drawn cross-party criticism. It seems to be a very ill-advised appointment, based on the widespread perception that she has only come to prominence because of her support for the Government’s Prevent strategy. It is not an appointment that will build confidence across our communities.”[15]

The former cabinet minister Sayeeda Warsi tweeted: “Can someone considered by many British Muslims communities as simply a creation and mouthpiece of the UK Home Office ever be independent, credible or effective?”[9]

Adding, “Sara has unfortunately been a strong advocate of the government’s policy of disengagement, a policy which many, including members of the police and intelligence services, consider has damaged the important battle to engage Britain’s Muslim communities..”

Harun Khan of the Muslim Council of Britain pointed out the all-too-obvious, saying

“The fight against terrorism requires equal partnership between all parties, including Muslim communities. This appointment risks sending a clear and alarming message that the government has no intention of doing so.”[10]

Many others have voiced their concerns, such as Labour MP Naz Shah who questioned Khan’s independence rather succinctly;

“What is at question is the independence of the person appointed; it’s a fantastic appointment for the Home Office because this is somebody who is a creation of the Home Office.”[11]

Beyond the obvious unsuitability for the role, the broader question still remains as to the very purpose of the commission itself. The entire notion of preventing “extremism” is riddled with all kinds of legal,[12] logical and moral inconsistencies.

Since so-called “extremism” has been known to be uncorrelated with (let alone non-causative to) terrorism,[13] and the same “Political Islam” routinely touted as “extreme” has been increasingly seen as a “firewall” to violence rather than a cause,[14] the insistence of counter-“extremism” under the pretext of counter-terrorism has often been accused of having an ideological motivation to “reform Islam” into something more compliant to foreign and domestic policy, rather than actually trying to stop political violence.

As a result, many in the Muslim community have called for a “complete policy of disengagement” from such a commission. Asim Qureshi stated in a CAGE press release:

“The government has already made up its mind about where the emphasis of its counter extremism strategy should be. Throughout the history of Prevent it has relied on partners with minimal links to communities in order to prop up the policy. The appointment of Sara Khan is unremarkable considering the long history of such state nepotism.”[16]