Turkey to rename street in snub to UAE embassy 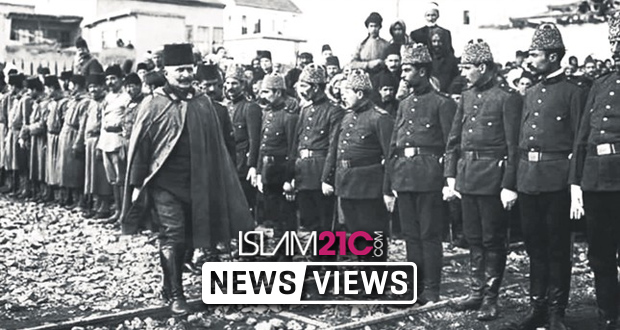 On Saturday, the Turkish capital’s municipality announced that it plans to change the name of the street where the United Arab Emirates (UAE) embassy is located, to “Fahreddin Paşa Sokağı” (Fahreddin Pasha Street).

Fahreddin Pasha was a commander of the Ottoman army and governor of Medina between 1916 and 1919, he defended Medina and fought against British imperialb troops during the First World War. [1]

Mustafa Tuna, the Mayor of Ankara ordered for the change of name of 613th Street in Ilkbahar neighborhood of Cankaya district. [2]

This decision follows a week after the UAE Foreign Minister Abdullah bin Zayed al-Nahyan retweeted a post about Fahreddin Pasha on Twitter. The author of the tweet claimed that Pasha carried out theft and committed crimes against the local population. The tweet also stated that, [3]

“These are Erdogan’s ancestors and their past with the Arabs.”

The tweet has caused an uproar on social media with the Turkish President Recep Tayyip Erdogan as well as his top aide Ibrahim Kalin also slamming the allegations. [4]

“It was Fahreddin Pasha who bravely defended Medina against the British plans then.”

During a speech Erdogan also responded by saying,

“While Fahreddin Pasha was defending Medina, you miserable ones who slander us, where were your ancestors?”

Fahreddin Pasha was titled “The Tiger of the Desert” by the British for his devotion towards Medina. [5] He was famous for his defense of the city of the Prophet Muhammad peace be upon him. When the Ottoman Empire resigned from the war with the Armistice of Mudros, it was anticipated that Fahreddin would also surrender and withdraw, however he refused to do so and declined to accept the armistice.

During one Friday after the prayers at Masjid al-Nabawi, whilst addressing his soldiers Fahreddin Pasha is recorded to have said, [6]

“Soldiers! I appeal to you in the name of the Prophet, my witness. I command you to defend him and his city to the last cartridge and the last breath, irrespective of the strength of the enemy. May Allah help us, and may the prayers of Muhammad be with us.

“Officers of the heroic Turkish army! O little Muhammads, come forward and promise me, before our Lord and the Prophet, to honor your faith with the supreme sacrifice of your lives.”

The name of the street alongside all the signs are expected to be changed after the first municipal council meeting.