US Embassy in Jerusalem and a new Chapter of Resistance 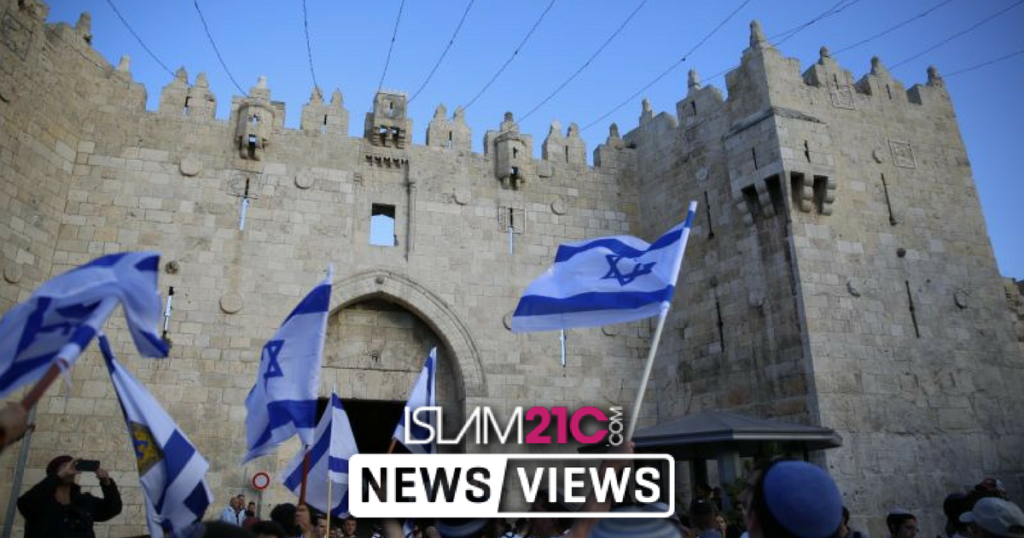 US representatives, including the US president’s daughter, have entered into occupied Palestine to ‘inaugurate’ the opening of a US embassy on the site of the US Consulate in Jerusalem.[1] This follows the US’ unpopular move of recognising Jerusalem as the capital of ‘Israel’, defying overwhelming global opposition.[2]

The opening of the lonely embassy, which has practically signalled the death knell for US-brokered Palestinian statehood with East Jerusalem as its capital, adds insult to injury by its opening one day before the 70th anniversary of the Catastrophe or ‘Nakba’.

The 15th of May will mark seven decades since Zionist warlords completed their displacement of nearly a million of the indigenous inhabitants of Palestine, including East and West Jerusalem as well as 1948 occupied lands such as ‘Tel Aviv’ and ‘Jaffa’ (classically, Yaffa), Lod (al-Lid) and Ashkelon (‘Asqalaan). Whilst the US president’s relatives celebrate a day marked by the ethnic displacement of a nation, millions will remember their own slain relatives and lost lands.

In response to the move, national and international lawmakers from almost 100 countries convened on Saturday the 12th of May in Istanbul, Turkey, to sign a symbolic ‘Jerusalem Oath.’ During the event, Nureddin Nebati, the ruling Turkish Justice and Development (AK) Party’s Deputy and Head of Inter-parliamentary Jerusalem Platform remarked,

“The mafia-like alliance formed by those who see themselves as owners of the world ignores law, morality and conscience. Jerusalem has been a milestone in global politics. The dark forces of today extend their hand to Jerusalem…

“The U.S., which acts as a mediator, should write a book on insincerity and hypocrisy. Trump’s decision was overwhelmingly rejected by the UN General Assembly. Yet the U.S. announced that it would move the embassy on May 14. The children of this gang system [Israeli authorities] didn’t waste a minute and announced they would name the square near the embassy after Trump. With the decision he made as if he was a gang leader, Trump will not get away with violating the law.”

“As long as we breathe, we will reject this occupation and oppose it. Jerusalem is our city, and its people are our blood brothers. We will not let anybody steal our Jerusalem, and we support all legitimate efforts to defend Jerusalem’s rights. Jerusalem is the eternal capital of Palestine and shall always remain that way,” he said, vowing to maintain the fight till the very end.[3]

The declaration lands on the deaf ears of most apathetic Arab leaders around the world, some of whom are normalising ties with the Zionist entity on dinner banquets,[4] militarily occupying defenceless Yemeni islands,[5] and inaugurating some ‘revolutions’ of their own: bikini beaches and cinemas.[6][7]

Tens of thousands of Gazans are expected to gather for protests on the perimeter fence with occupied Palestine as part of the ‘March of Return’ protests launched on the 30th of March 2018. The rallies are set to end on May the 15th, with the final demonstration scheduled on Monday 14th.[8]

Dozens of peaceful demonstrators have been shot dead by Israeli sniper fire whilst nearly 8,000 have been injured.[9] Gaza is home to some two-million people, around 70% of whom are 1948 refugees;[10] families forcibly displaced from their ancestral territories in 1948 during the Nakba that would create the Zionist entity of ‘Israel’.

Through the inauguration of the US Embassy in Jerusalem as a result of its recognising Jerusalem as the capital of ‘Israel’, the US is seen to have relinquished its status as the supposed classical broker of historic accords between the Zionist entity and the Palestinians. As such, it comes as no surprise that Gazans have renewed demands for the Right of Return to the lands of their ancestry, marking a new chapter of resistance and fresh terms on which to broker peace.

The US has all but nullified the historic concessions Palestinians made to their own land for the sake of brokering lasting peace, with nearly all factions accepting statehood on ‘pre-1967’ borders and at least temporarily resigning demands for what is now considered ‘Israeli’ territory.

The US’ move, and the Zionist entity’s unchallenged expansion into what remains of Palestinian land, is largely seen to have annulled the terms of US-brokered peace accords. As such, Palestinian demands and right to determination are expected to extend again to all of Jerusalem rather than just ‘East Jerusalem’ as well as historic Palestine.