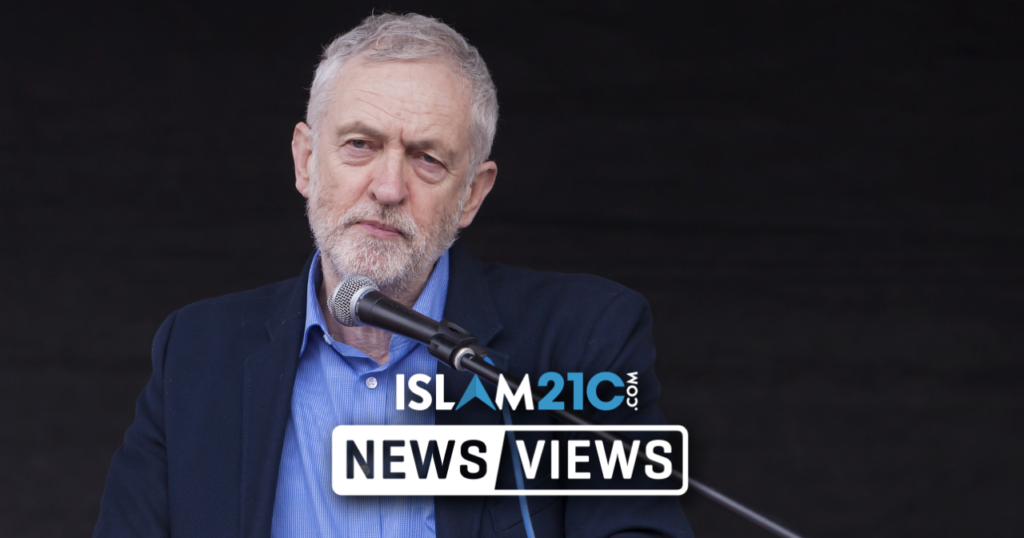 The organisation has attacked Corbyn on his “handling of complaints” of anti-Semitism, which they say has “beset” Labour since his 2015 election. As well as this, it is reported that the organisation has posted and shared content that suggests that Corbyn is “sympathetic to Syrian President Bashar al-Assad”, “supportive of governments and organisations responsible for the deaths of hundreds of thousands of Muslims”, and is “considered a threat to national security by British intelligence agencies”. [1]

Faith Matters is funded by Home Office’s BSBT (Building Stronger a Together Britain) programme. The Government programme provides “funding and support for groups involved in counter-extremism projects in their communities”. [2] Part of the 2015 Counter-Extremism Strategy, it operates alongside the PREVENT strategy and funds over 230 groups, as specified on the Government website. [3] [4] A Home Office report released last month states that its recipients have received “around £8.8 million of government funding” since 2016. [5]

Despite Faith Matters only being listed as a recipient of BSBT in February 2018, Middle East Eye argue that since that time, it has tweeted about Labour and Corbyn “more than 200 times”, in comparison to “less than 40” tweets about the Conservatives, Johnson, and Theresa May. [6] Some of this content includes an article with the headline “Is Jeremy Corbyn a friend of all Muslims?” and Twitter threads that claim Corbyn supports “regimes and groups” that have killed Muslims.

11/13: I estimate that Corbyn has openly supported regimes and groups that have killed over 690,000 Muslims (the most conservative estimate).

This is SO important. When Palestinians were massacred in the Yarmouk camps by Assad forces, was there a peep from Corbyn? Not a thing. https://t.co/PIgi1xVvFe

On 28th October, Faith Matters published the pre-emptive article on its website and revealed that a journalist from Middle East Eye had emailed the organisation, raising questions about how “the government is using public funds to support political attacks on the leader of the opposition”. [7] Middle East Eye argues these questions were about a “potential conflict of interest”, as opposed to the “conspiracy theory” that Faith Matters claims them to be. [1]

Defending their tweets targeted toward Corbyn, the organisation also said it “has been and will continue to be critical of the poor way in which antisemitism has been tackled within the Labour Party and the way that Jeremy Corbyn has linked up with groups who have a very poor track record of relationships with communal Jewish organisations”.

The pre-emptive article then went on to explain its reasonings for accepting BSBT funding, stating that they chose not to publicly highlight it due to staff being subjected to threats, intimidation, and abuse in the past. They also criticised Middle East Eye for its lack of funding information and for its staff, who they say have connections to organisations and individuals supposedly promoting anti-Semitism.

“We utilized that funding to counter far right and online extremism and promote civil society and democratic engagement to young people, hardly any secretive ploy to attack Jeremy Corbyn.” [7]

It is not the first time that BSBT-funded organisations have come under fire in the Muslim community. Since June, the Bradford Literature Festival, This is Woke, and SuperSisters, were all scrutinised for accepting BSBT funding, with Suhaiymah Manzoor-Khan saying that the funding “decimates trust”.

“At every level of every institution, the idea that Muslims are all at risk of perpetrating violence has been enshrined in the name of security and is causing the mass surveillance and targeting of us across the board. This is Orwellian.” [8]