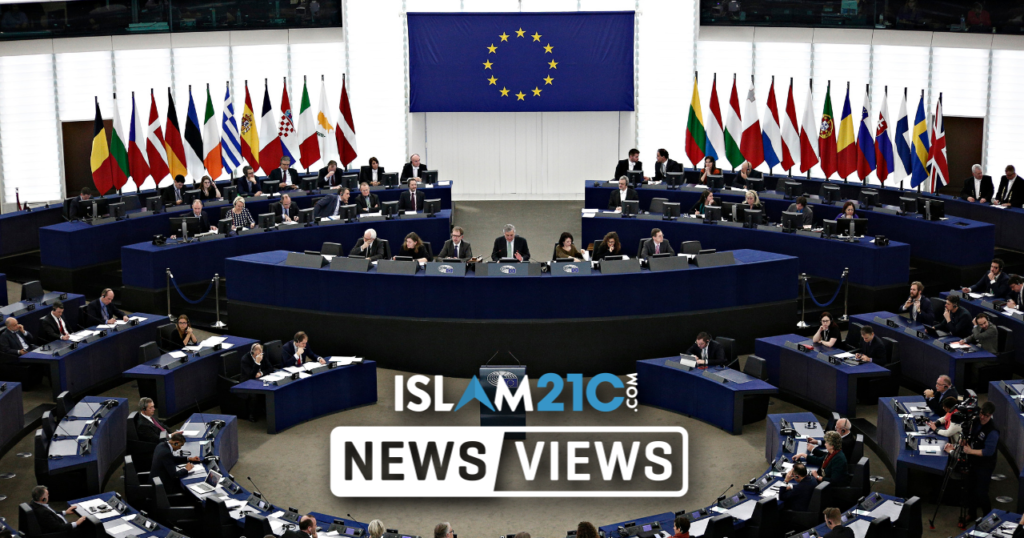 After the results of the European Election, the Muslim Council of Britain (MCB) filed a complaint of more than 20 pages citing numerous evidence of anti-Muslim bigotry within the Conservative Party. The MCB, together with senior Muslim Conservatives, has been calling for an independent enquiry into the Party’s anti-Muslim bigotry, but so far, these calls have been ignored.

It remains to be seen if the UK’s human rights watchdog launches an investigation into the Conservative Party as it has seen fit to do so in the Labour Party over concerns of antisemitism.

The MCB was keen to point out that their complaint was filed after the European Elections, so as not to influence it in any way.

Shockwaves caused by the European Elections are still being felt. The night’s winner was clearly the Brexit party with Nigel Farage grinning in glory. The Brexit Party took 29 seats, whilst the Conservative Party had its worst election results in history securing only four seats. Labour also endured a difficult night, winning only 10 seats out of the total 73, whilst the Liberal Democrats and Greens won 16 and 7 seats respectively.

The results can be interpreted in the following ways:

The party is suffering an existential crisis. A multitude of prospective leaders are scrapping in the most undignified way to vie for the top job. Boris Johnson is clearly the front runner and the European Election results are likely to have strengthened his and other ardent Brexiteers’ position. Their pitch is simple: only a hard Brexiteer can stop the exodus of votes to Nigel Farage.

As distasteful as Johnson is, he is preferable to Michael “people have had enough of experts” Gove. [1] If that is true, and Gove is elected the leader of the Conservative Party, what would that make him?

Boris Johnson is fiercely ambitious. He will say and do whatever it takes to get the keys to number 10, including calling Muslim women who wear the niqāb and burqa “bank robbers” and “letterboxes”. This is not to excuse him; indeed, one may argue that he should have been expelled from the Conservative Party for his comments, but alas, institutional anti-Muslim prejudice seems all too acceptable for the Governing party. Gove, on the other hand, is far more insidious and dangerous. Michael Gove, author of Celsius 7/7 is an ideologue who has made no secret of his disdain for Islam and Muslims, according to many who have read his works in depth. In Gove’s book, he draws direct parallels between ‘Islamism’ and fascism:

“The west faces a challenge to its values, culture and freedom as profound in its way as the threat posed by fascism and communism. But the response to that challenge from many in the west is all too often confused, temporising, weak and compromised.” [2]

As Education Secretary, Michael Gove surprised many, including senior police officers, by appointing the former head of counter-terrorism, Peter Clarke, to investigate reports of a racist “Muslim takeover” conspiracy in Birmingham schools. The so-called Trojan Horse scandal has since been exposed as a hoax.[3] Incidentally, Michael Gove also has a chapter in his book called “The Trojan Horse”.

“I just don’t even want to imagine it. I’ve sat in too many meetings, I’ve done everything from rolling my eyes, to thinking, gosh, thank God he’s not prime minister.” [4]

Jeremy Corbyn is having pressure placed on him by senior members of the party to support a second referendum. Labour is in a pickle; much of their heartlands in the North are Brexit supporting, but also, much of metropolitan London is strongly for Remain. Corbyn has tried to walk a tight rope, but it appears that if you try to please everyone, the result is a disappointment for all.

If we consider Labour to be pro-Europe and then tally the night’s results, the Brexit vote scored 33 seats (29 Brexit Party seats + four Conservatives seats) and the Remain parties scored 36 seats (16 Liberal Democrat seats, 10 Labour seats, 7 Green seats, 3 Scottish National Party seats). [5] Could this be seen as a shift to Remain?

Had the Euro Elections been a general election, we could now see the Queen asking Nigel Farage to form a government. It is a sobering thought. However, stranger things have happened. Did anyone think one of the World’s only superpowers would elect a former reality TV ‘star’ as their Commander-in-Chief?

What the elections do imply is that with such a polarised electorate, the next government is likely to be in coalition. However, the results also need to be placed in perspective; after all, 63% of the population didn’t vote and the low turnout of 17.4 million was similar to that of 2014.

Nigel Farage, who believes there to be some Muslims who are a “fifth column” and “want to kill us” [6] is likely to feature heavily in the next general election, unless the Conservative Party is able to secure Brexit before such an election. This, however, is unlikely. It appears all roads lead to a general election.

With such an election on the horizon, it is imperative Muslims become more politically aware and active, in the face of the secularisation in the name of splitting ‘Church and state’ to render them politically pliant. Some feel that politics is ‘dirty’ and we should piously confine ourselves to the mosques. Politics affects every part of Muslim life from planning permission to obtain Mosque extensions, to resisting calls for a niqāb ban, and even to challenging Prevent.

With three million Muslims in the UK, the Muslim vote can be critical, but political parties need to be persuaded that the Muslim electorate is active, politically astute, and organised. Once this happens, we will see parties vying with one another to win the Muslim vote.

The Muslim electorate is the single largest faith group after Christians and is greater than Buddhist, Hindu, Jewish and Sikh communities combined. [7]

Given such universal voter apathy, together with numerous policies exerting such influence on the lives of ordinary Muslims, the impact of a mobilised Muslim vote would have tremendous influence, far in excess of its percentage of the population. We need to make our numbers count, in shā’ Allāh.