Are you ready for our first ever NATIONAL CAMPAIGN?
Home / Current Affairs / Unscripted #17 | Smile2Jannah funny-man has a grown-up conversation 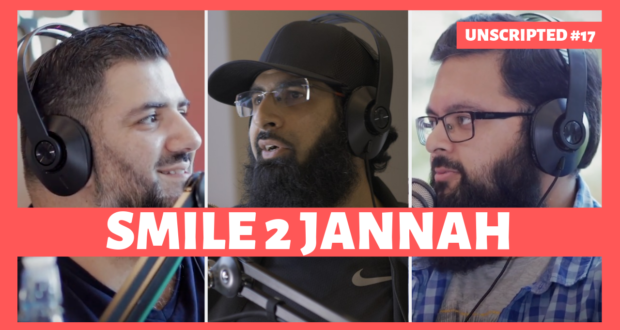 Zeeshan Ali from Smile2Jannah joins Umer and Salman, but a side of him you’ve probably never seen before.

They talk about different Da’wah strategies, the dangers and opportunities of social media, and much much more.

Previous: MSPs asked to investigate ‘Islamophobic’ stop and question powers
Next: Looking back at 1440 with Islam21c