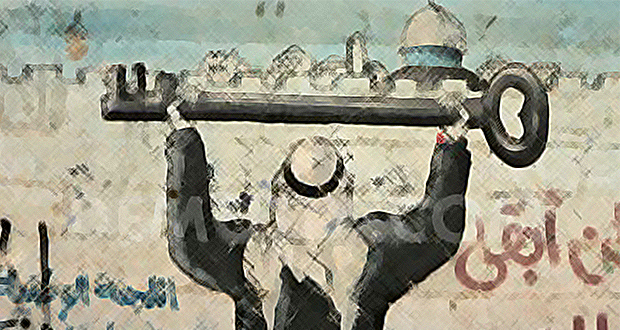 9 reasons why it is time for Israel’s retirement

Yet again we mark another birthday of the ongoing international catastrophe known as Israel. It has been more than seven decades since almost a million Palestinian were ransacked of their homeland, killed and displaced at gunpoint, replacing an entire indigenous community with another pan-European, American, cross-continental, and anything but native people. But today our spectacles will see through Israel’s concurrent massacres, displacement of millions and littered illegal settlements. Humanity has come to terms with this illness, and is beginning to look beyond its wounds. An illness terrifically intertwined in some way or another to every ‘problem’ in the world, be it political, irrigational,[1] agricultural,[2] racial,[3] educational,[4] or more often than not local.[5] This is simply because a ‘problem’ can only be fuelled by another perpetuated problem and can seldom survive with a ‘solution’. Thus talk of a ‘solution’ cannot include the Zionist entity if it is truly a solution.

From its inception by the promise of UK’s Foreign Secretary Arthur Balfour to Baron Rothschild, leader of the British Jewish community in 1917, and the declaration of Ben-Gurion on the 14th of May, 1948 Israel seems more insistent than many of its adversaries that it is not here to stay. Others of the world’s smallest states (comparable to Israel), surrounded by similar ‘hostility’ that Israel pities itself for, such as Cuba never speak of nations or people ‘threatening their existence‘, a claim even fledged by Israel at Human Rights organisations.[6] Even the weakest nations never feel the need to prove that they are ‘here to stay’,[7] or outcry to supposed promises to ‘wipe Israel off the map’,[8] or see their own expansion into new settlements as something that ‘undermines Israel’s existence.’[9] It is not hard to see how this hysteria broadcasts Israel’s self-belief that it is not really ‘here to stay’.

Israel has far from used its 69 year career to rectify its image as the unwanted guest. In other words, nothing of its treatment to the native population serves to change its status of existence from ‘transient’ to permanent. We can compare this to Britain’s foothold in India which began gaining momentum as early as 1600. Its policy was one on-par with that of Israel, one that undermined rights, oppressed and was characterised by exploitation and social division. Tens of rebellions preceded the 1857 uprising against British East India Company, compelling the British Crown to amass India to its collection of colonies. Britain’s reinforced imperial presence was hampered by further resistive movements, many motivated by the anti-colonial sentiment created by the 1857 revolution eventually bringing British imperial rule in India to an end in 1947 – in just 190 years.

From 1948, Israel compelled itself an ‘invader’, ‘occupier’ and an entity that “must do everything to ensure they (the Palestinian refugees) never do return” according to David Ben-Gurion, the declarer of its ‘independence’ on the 14th of May, 1948.[10] The sentiment that this de-facto ‘state’ will be brought to an end has moreover existed perpetually amongst Palestinians and the world at large from the very beginning. Structured institutions and resistance movements are currently struggling to meet this end, and are united on the notion of ‘liberation’ from Galilee to Sinai, gaining ever-growing military presence and societal backing, all elements that were lacking in the India’s quelled 1857 revolt.[11] Thus the imminence of the Zionist mission coming to an end, as was the case with Britain’s defied colonies, is not farfetched or unrealistic. Realisation of Israel’s incumbent retirement could clarify why it suffers from what we can call an ‘existential complex’ and could explain why it is swaying further and further to the right. But the repercussions of this political and communal swing has only benefited the Palestinian cause and exacerbated Israel’s position. Consider the following:

1. Palestine obtained recognition from Sweden as a formal state. Sweden is the first western European country to break the deadlock, other than Bulgaria, Cyprus, Slovakia, Hungary, Malta, Poland and Romania and Non-EU member Iceland.[12] This was largely instigated by crippling Israeli settlement expansion. This has displayed its real thoughts on Palestinian statehood.

2. The Palestinian Authority has finally been pressured into becoming a member of the ICC as its image pursuing negotiations with a government clearly uninterested is becoming too embarrassing.[13] Although many will dispute whether the PA will dare take this membership further, it lays grounds for impartial prosecutors to revisit Israel’s atrocities.

3. Israel’s summer 2014 war on Gaza has rendered its military image to tatters. The massacre in 2014, at least two-thirds of which were civilians,[14] was on the back of no justification but smugness and spite (three Israeli teens lie,[15] if you remember), creating unprecedented international backing and support of Gazan resistance. The resistance’s achievements overhauled any previous war (sophisticated tunnel networks, Palestinian unmanned drones,[16] and astute armed confrontation to mention but a few), and tarnished the ‘invincibility’ of the IDF’s most ‘elite’ units.

4. Gaza’s governing party was absolved from its ‘terrorist’ status by European court, a position it held for at least 10 years to then be acquitted on the grounds of it being a “legitimately-elected government” paving the way to some sort of diplomatic empowerment.[17]

5. Israel is depending more on US pressure groups such as AIPAC and republican members of congress whilst side-lining the US government and the congress’s democratic composition in the most recent row over Iran’s nuclear programme.[18] Internationally, its previous Foreign Minister and fraudster, Avigdor Lieberman was considered just too racist to be received as a representative diplomat, causing further marginalising of the illegal state.[19] Is there finally an understanding in the US that the racist sentiment is shared by the electorate? Yes, Netanyahu was awarded fully at the last election despite his “breach of International protocol” and criticism of Obama.12 Quite obviously, and despite the billions of dollars the US gives it in charity, no feeling of gratefulness or recognition has been created.

6. A ‘United Arab Front’ political party was formed only to counter the right-wing threat, gaining 14 seats in the Israeli 120-seat parliament (Knesset) for the first time, ahead of Yesh Atid and Kulanu, and crushing poverty stricken, ultra-fascist Yisrael Beitunu (six seats) and climbing to third place as a formidable element of political opposition,[20] and representation that cannot be overlooked (including Islamic parties). This is a trial to Israel’s (non) ‘democratic’ status now, pushing it into an awkward dilemma of whether to allow appropriate representation on part the Arab MPs, or to continue to suppress this expanding voice. Note that in the 2006 Knesset elections, Likud, the now ruling party was third place behind Kadima and Labor, and although we do not bank on the Israeli political system, the presence of Arab MPs is bound to agitate right-wing cranks and challenge their bigotism.

7. The two-state ‘solution’ is now in shambles after Netanyahu’s pre-election statement that a Palestinian state will never take place under his office,[21] and indeed the electorate’s preference. This contravenes the long standing position of the international community. For the Palestinians, it either justifies Hamas’ notoriously criticised position of not recognising Israel, or necessitates that the international community censors Israel just as it censored Hamas for demanding a Historic Palestine as opposed to the now obliterated 1967 territory plan. A promise for no state at least provides stability to the cause and is no doubt better than a perpetual empty promise of statehood; the latter being the case for 74 years. How is a ‘state’ truly realised, the question is now being asked? Are we to return to the original charter? Or maybe we should allow Palestinians to achieve statehood in the way they decide.

8. Palestinian recognition at the UN general assembly as ‘an Observer State’ was only motivated by Israel’s extremist right-wing policies. [22] Yes, this achievement is largely symbolic, but it may help re-establish ‘Palestine’ as a reality that is not going anywhere.

9. History witnesses to the liberation of Palestine under the crudest of regimes: ʿUmar (raḍiy Allāhu ʿanhu) entered Palestine when it was under the rule of East Byzantium, then Salāh al-Dīn at the great battle of Hittin against the Crusaders after the latter had massacred 70,000 of Jerusalem’s inhabitants alone, then the Mamluk’s from the Tataar (Mongolians) at the great battle of ‘Ain Jālūt. Only when Salāh al-Dīn withdrew displaying happiness that Jerusalem was liberated, and Imām al-‘Iz b. ‘Abd al-Salām swore by Allāh ten times at the pulpit that the Mamlukes would drive out the Tatār did this envelope. So the gloomier the scene becomes, the more determinant the Ummah will become and the closer to its retirement Israel will encroach.

“[And We said in the Taurāt (Torah)]: “It may be that your Lord may show mercy unto you, but if you return (to sins), We shall return (to Our Punishment). And We have made Hell a prison for the disbelievers.”[23]

This article was originally posted in 2015