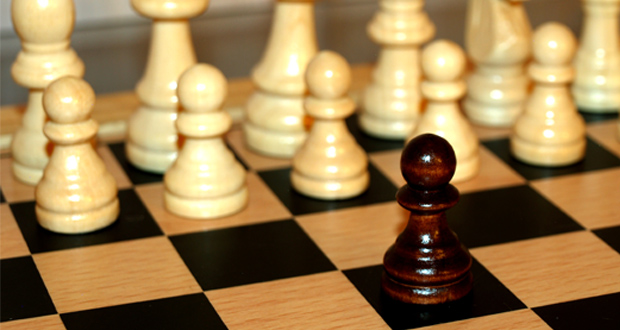 It was interesting to note the distinguished speakers stressing the importance of stamping out anti-Muslim hatred in our society at the inauguration of the Islamophobia Awareness Month at the House of Commons earlier this month, organised annually by MEND, despite unsuccessful attempts by vested interests to discourage participation. Among the main speakers, Jeremy Corbyn called for a unified approach, adding that “an attack on one is an attack on us all”, while Professor David Miller from Spinwatch said it was important to consider the political agenda, including the role of the State and foreign policy, when understanding the causes of Islamophobia. In this context, beyond verbosity, it is pertinent to question to what extent the State has shown seriousness over the years, when Muslims and Islam are continually being “unfairly targeted” and their legitimate voices silenced, with the fear of discrimination and anti-terror laws putting off British Muslims—particularly the young—from engaging in politics and other aspects of public life.

The recent example of the deeply worrying and ‘wrong-headed’ Ofsted decision to interpret donning hijab at primary schools as a potential “sexualisation of young girls” and to ask them the reasons for doing so, is a case in point.[1] As the Muslim Council of Britain (MCB) pointed out, “It sends out a clear message to all British women who adopt this that they are second-class citizens, that while they are free to wear the headscarf, the establishment would prefer that they do not.” Not to mention becoming a policy without even “engaging with a diverse set of mainstream Muslim voices” on the topic.

In fact, an eye-opening survey and report from the Islamic Human Rights Commission (IHRC) in 2015 echoed that government policies, including those linked to security and extremism, are having a “negative impact” on British Muslims. It stated that more than half (58%) said they had been treated with suspicion by society, while 93% said they had seen negative stereotypes of Muslims portrayed in the media. “The impact of government policies, in particular those related with security, have really had an impact on silencing Muslims – not from a point of view of just talking about political issues, but even to report anti-Muslim hatred… What we really need is a cultural change, not just some laws here or there. Unfortunately, we have institutional problems that need to be addressed.”[2][3]

It is a matter of regret that the successive governments of both Labour and Tories have not been showing any serious concerns in tackling Islamophobia. In 2009 when Gordon Brown stated that a future Labour Government would be committed to doing more to addressing Islamophobia, he balanced this by suggesting that British Muslims would need to “do more” as regards tackling the “extremists” allegedly within their communities. Even David Cameron, after the Paris shootings and other such incidents elsewhere said that the Muslims must “do more”, thereby making the Muslim community guilty by association and justifying the need for increasingly intrusive and unjustified “counter terrorism” measures. It was recently after the tragic aftermath of the Westminster attack and other subsequent terror attacks, which gave rise to yet another explosion of Islamophobia, that British PM Theresa May began arguing that “enough is enough” and there has apparently been “far too much tolerance”.

In December 2013, even in the report of the “Extremism Task Force”, the only mention of Islamophobia was “…[the Coalition Government] must tackle extremism of all kinds, including the Islamophobia and neo-Nazism espoused by the murderer of Mohammed Saleem to justify his terrorist attacks against mosques in the West Midlands”. Then again, the All Party Parliamentary Group (APPG) on Islamophobia that relaunched in 2011, also had a unique opportunity to take Islamophobia seriously. However, far from being “a momentous occasion”, the APPG on Islamophobia has so far been an insignificant irrelevance, a toothless entity whose (lack of) actions have spoken far more loudly than its, at times, somewhat overblown words, with experts pulling out of it in protest. [4]

It is also a matter of fact that there are double standards in dealing with, for example anti-Semitism and Islamophobia. In 2014, when a spate of anti-Semitic incidents was reported, then Secretary of State for Communities and Local Government, Eric Pickles reminded local authorities of their statutory obligations in relation to graffiti and other acts of racist vandalism. In comparison, no statistics were mentioned in his letters in July 2013 and August 2013 to Muslim organisations and the Muslim Council of Britain respectively on Islamophobic incidents despite the Metropolitan Police Commissioner, Sir Bernard Hogan-Howe, noting an eightfold increase in attacks on Muslims in London alone in the two weeks after Drummer Lee Rigby’s murder. [5]

Resultantly, as the then co-chair of the Conservative Party, Baroness Sayeeda Warsi, aptly remarked, Islamophobia has passed “the dinner table test, that the expression of anti-Muslim and anti-Islamic sentiment has become socially acceptable through conversational civility.”[6] Recently Warsi, during her Leveson lecture, accused British newspapers of Islamophobia and hate speech and called for a parliamentary investigation into the issue. In this regard, MEND cited right-wing negative Media, weak legislation  to deal with the current incitement to religious hatred as well as lack of adequate Muslim participation and empowerment as main causes for Islamophobia in UK.

Thus, when there is an imperative need for laws to fight Islamophobia, including disciplining certain reckless and racist media outlets, on the other hand, unfortunately discriminatory laws and policies already in existence, such Prevent and the counter-terrorism apparatus, with its ideological thought policing elements have been causing immense concern to the community. In fact, The UK’s terror watchdog has also called for an independent review of the government’s flagship “anti-radicalisation” strategy, Prevent, over concerns that it is sowing mistrust and fear in the Muslim community. [7]  The report, titled The Missing Muslims: Unlocking British Muslim Potential for the Benefit of All, too states, “The Government should adopt a definition of anti-Muslim prejudice and commission an independent review of its Prevent programme to help Muslims integrate into British society.”[8]

There is no dispute in the fact that there is and will continue to be an imperative need to resource the austerity-starved law enforcement authorities, to take effective action in fighting real crimes—including terrorism—and addressing the underlying empirically determined causes which credibly lead to them. However, such action should not be a knee jerk reaction but a well-thought out strategy with the full involvement of all communities. Importantly, it should not be based on pseudoscience,[9] nor a studious ignorance of facts and academic research.[10] As Professor Rt. Hon. Shirley Williams said in the British context but applies to the general context as well,

“Few suppose the issue of terrorism can be dealt with by one or two draconian laws, not least because winning the support of the wider community is a vital—probably the vital—element in overcoming it. The most effective counter-terrorist measures, it is widely agreed, are intelligence led, not intimidation led and for that the help of the wider community is indispensable.” [11]

Thus, if the approach taken is not right, then as is often said, it runs the risk of, at best, being ineffective in its aim of keeping our nation safe, and at worst, counter-productive.

Therefore, the government should go beyond verbosity and policy makers should return to the drawing board to develop evidence-based strategies that do not target any one community, while considering the growing wave of far-right Islamophobia blowing across Europe that feeds off structurally racist policies and rhetoric, that “will destroy British politics” if continued to fester.[12] Genuine consultation must occur with communities impacted by the many negative developments in the post 9/11, post Trump, post Brexit period in the West. Poignantly, Muslims too must bear part of the responsibility for tackling the rise of Islamophobia and all types of ignorance, by engaging with the media, political institutions and civic organisations in society, to bring about positive change and claim their due place in society.