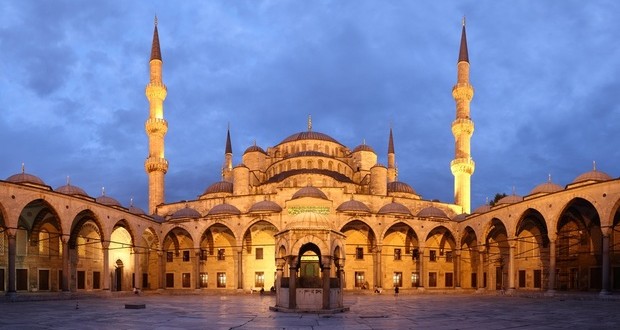 There is no comparison between the honour and nobility of Islam conquering nations and the disgrace and degradation left by Crusader and Safavid campaigns. When Islam and peace were spread to all corners of the earth, it struck the finest example of the preservation of Human Rights during both battle and during times of peace and security. Compare this with both the West’s historical occupation and colonisation of Arab and Muslim nations and its modern Safivid-Rafidhi-Crusader pact of alliance against Ahlus Sunnah around the world.

Unlike those who celebrate becoming independent from an external force, or those who pity the years of colonisation, on Sunday 29th of May 2016, Turkey marked 563 years since Constantinople became ‘Istanbul’. An historic event that ended what was the Byzantine capital and stronghold at the hands of Sultan Mohammad II in 1453, named thereafter ‘al Fatih’. Such an event highlights the contrast between Islam’s conquering of lands, which is to this day rightfully commemorated by generations, and the painful and resented remnants of Western occupation, which has only become worse with time.

The event that took place in the coastal Istanbulian Yenikapı square was attended by approximately one million Turks,[1] as well as Turkish President Recep Tayyip Erdogan who, in his speech, said:

“From now until the year 2023, we will make the heirs of the sick man a hundred years ago one of the ten largest economies of the world.”

The newly-appointed Prime Minister Binali Yildirim also participated in the celebration and, in his speech, he said:

“Once upon a time we were the entire world, and the whole world meant what we were. Every oppressed person would come to us seeking help“, in an indication to the Ottoman empire.

Yildirim continued: “We are the ones who taught justice to other religious communities including the Assyrians, Christians and others when we conquered Constantinople. Without our ancestors, there would not have been place in the world that exhibited justice.” And added,

“Sultan Mohammad the Conqueror moved ships over hard land for the sake of conquering Constantinople, and his grandchildren, Recep Tayyip Erdogan and his companions are moving trains and cars under the sea.“

Incidentally, the event was also attended by our very own Sheikh (Dr) Haitham al Haddad whilst in Istanbul. Sheikh Haitham reflects:

“President Erdogan has managed to positively influence the Turkish people, those who used to be heavily secular and passionately anti-Islamic such that they have become proud of their history and Islamic identity. This, in and of itself is a huge achievement. Qur’an was beautifully recited during the event and Du’aa was also made.”

As a matter of fact, the right to mark Constantinople’s conquering should not be restricted to the Turks. Rather it is the right of every Muslim, be they in the East or West. This is because the episode was entirely motivated by Islam. Sultan Mohammad the Conqueror did not brand Constantinople with his own name but, rather, on behalf of the identity of the Islamic Ottoman Caliphate.

And why should we not feel honoured and overjoyed at this event when the Messenger of Allah (sall Allahu ʿalayhi wa sallam) said:

What is of utmost importance here is the civilised conduct that characterised Muslim conquerors during their battles from when they embraced Islam. When praised, and rightfully so, historians such as Gustave le Bon (1841-1931) would conclude: “people had never known tolerant conquerors like the Arabs nor a religion like theirs.”[3] This was at a time when the enemies of Islam would meet this dignified conduct with disgraceful behaviour towards the citizens under their authority, as was evident in the final days of Andalucía Spain, during the Crusades of Palestine, and during multiple wars thereafter.

To mention one such example, when Sultan Mohammad’s conquering army traversed their ships over land in the most spectacular of ways, they came to realise that victory was eminent. At this point Sultan Mohammad sent a messenger to Emperor Constantine XI informing him that, were he to surrender the city without a battle, the Sultan would grant its citizens unrestricted protection. This offer was rejected by the Emperor.[4]

When the Sultan finally conquered the city, his courteousness, motivated by his faith and Islamic values, was not limited to granting people security and calming their fears. Rather, he freed many of his captives, allowing those who had fled to return to their homeland and maintain their own faith and beliefs. In fact, he preserved many Churches and gave Christians and Jews the right to choose their own religious leaders. Both were granted the right to implement their own civil (or personal) law as members of legally recognised and protected religious groups in what was known as the ‘Millet’ (or Millah) system. The Shariah had largely no jurisdiction over non-Muslims in the Ottoman Empire who at one stage made up the vast majority of the population – up to 80% of its inhabitants.[5]

Compare this conduct to that of the French General, Henri Gouraud. At the onset of France’s bloody colonisation of Syria, he entered Damascus after the Battle of Maysalun in 1920, went directly to the grave of Salahudeen al Ayubi and declared:

“Awake, Saladin. We have returned. My presence here consecrates victory of the Cross over the Crescent.”[6]

Compare this conduct to that of the perpetration of the Shia militias, supported appallingly by western coalitions against the Sunnis of many Muslim counties. Reflect on what is happening in Fallujah,[7] [8] Syria and Yemen.

What a gulf of a difference between the rationale, reasons and objectives of the Islamic conquering that was governed by divine guidance and clear Prophetic instruction and Western and Safavid (‘Shia‘) aggressive wars, genocide and invasion, ungoverned except by hatred, racism and personal, expansionist ambitions.

[2] Mustadrak al Hakim No. 8300. Muslimah wanted to be the person in the Hadith but did not succeed. It turned out to be referring to Sultan Mohammad II.