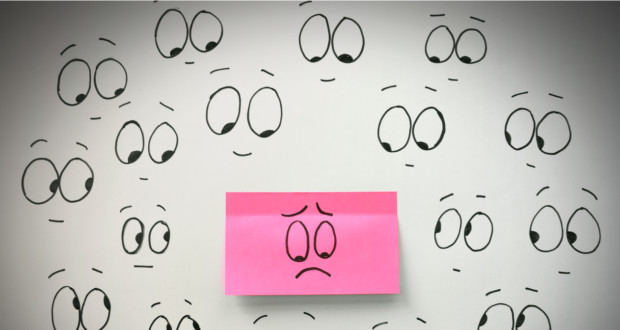 How to Overcome Sadness

Many of us have a black and white understanding of mental health. Sadness is often attributed to weakness in īmān or committing sins; however a person must understand that just as one can be bruised physically, one can also be bruised emotionally. How did the Prophet (sallAllāhu ʿalayhi wasallam) advise us to overcome sadness?

‏“There is no disease that Allāh has created, except that He also has created its treatment.” [1]

“Certainly, We have created man to be in distress.” [2]

Sadness is needed in life; it is something that was felt by the best of those who came before us. Ya’qūb (ʿalayhi al-Salām) felt sad when he lost his son Yūsuf (ʿalayhi al-Salām). Fāṭima (raḍiy Allāhu ʿanhā) felt sad when she lost her father the Prophet Muḥammad (sallAllāhu ʿalayhi wasallam), to the extent that she did not recover until she departed from this world. When the Prophet (sallAllāhu ʿalayhi wasallam) lost his uncle Abū Tālib and his wife Khadījah (raḍiy Allāhu ʿanhā), he, too, felt extremely sad. In fact, historians named this year ‘The Year of Sadness.’

It is very important to note here that Islām did not come to eliminate sadness; it came to teach us how to regulate it.

People experience sadness at various times due to difficulties and challenges in life, but it is generally a temporary state. Depression is distinct from sadness in that it is more severe and prolonged. In Arabic, sadness is termed ikti’āb, which comes from the root word ka’iba, meaning to be dejected, dispirited, downcast or sad.[3]

There are three types of sadness. Al-huzn is sadness referring to what has occurred in the past, al-gham is a current state of sadness and al-hamm is the sadness of what may occur in the future.

A common trick of the shaytān is to isolate oneself when feeling sadness. Isolation is not the cure. The Prophet (sallAllāhu ʿalayhi wasallam) tells us that a believer who mixes with the people will be harmed whether you like it or not. Therefore, our mindset should encourage us on how to proactively overcome the state of sadness rather than allowing it to consume us.

“And he called out within the darkness, ‘There is no deity except You; exalted are You. Indeed, I have been of the wrongdoers.’” [5]

This is the du’ā of Yūnus (ʿalayhi al-Salām) by which he invoked Allāh (jalla wa ʿālā) whilst in the depths of the ocean within the belly of the whale. Allāh (jalla wa ʿālā) tells us immediately after this verse, that He rescued Yūnus (ʿalayhi al-Salām) from al-Gham. This is one of the three states of sadness mentioned above. Therefore, du’ās such as the above are ideal for a person feeling a current state of sadness.

“So We responded to him and saved him from the distress. And thus do We save the believers.” [6]

The Prophet (sallAllāhu ʿalayhi wasallam) said regarding the one who supplicates with this du’ā,

“So indeed, no Muslim man supplicates with it for anything, ever, except Allāh responds to him.” [7]

Prophet (sallAllāhu ʿalayhi wasallam) taught the below du’ā to Abū Umāmah (raḍiy Allāhu ʿanhu), upon seeing him feeling stressed in the masjid:

“O Allāh! I seek refuge with You from worry and grief, from incapacity and laziness, from cowardice and miserliness, from being heavily in debt and from being overpowered by [other] men.” [8]

This particular du’ā covers the other two types of sadness, al-huzn and al-hamm (sadness over the past and sadness of what may occur in the future). As can be seen from above, the prophetic way in making du’ā is to be proactive in one’s du’ā.

At a point when the Prophet (sallAllāhu ʿalayhi wasallam) was feeling very distressed, he walked miles upon miles from Makkah to Tā’if, where he went to give daʿwah. Numerous scientific studies have also stated the positive impact walking has on reducing levels of sadness.[9] When sadness affects the brain with its many nerve connections, the rest of the body feels the impact as well.[10] Studies have shown that walking and other physical activity decreases overall levels of anxiety, elevates and stabilises the mood, improves sleep and improves self-esteem.[11]

“Seek aid through patience and salāh. Verily it is difficult except for the humbly submissive [to Allāh].” [12]

If Prophet (sallAllāhu ʿalayhi wasallam) was disturbed by anything, he would go and pray salāh. However, there is a condition to receive this aid from Allāh (jalla wa ʿāla). It is only given to the person who can give the salāh it’s due right, with khushūʿ.[13]

When the enemies of the Prophet (sallAllāhu ʿalayhi wasallam) twisted his name to “Mudhammam” (meaning the “dispraised” instead of praised one), he said to his companions,

“Doesn’t it astonish you how Allāh protects me from the Quraish’s abusing and cursing? They abuse “Mudhammam” and curse “Mudhammam” while I am Muḥammad.” [14]

This is absolute genius thinking from the Prophet (sallAllāhu ʿalayhi wasallam), he flipped the propaganda and attacks on him through positive thinking. Similarly, we should strive to think in an optimistic manner in situations that could harm us emotionally.

To conclude, the above Prophetic advices touch upon some practical steps a person may take, but it is without a doubt that the most important aspect a person should focus on is their connection with Allāh (subhānahu wa ta’ālā).

“…And if there should come to you guidance from Me – then whoever follows My guidance will neither go astray nor suffer.

And whoever turns away from My remembrance – indeed, he will have a depressed [difficult] life, and We will gather [raise] him on the Day of Resurrection blind.” [15]

The pursuit of happiness lies with the believers. If we yearned for something and it did not happen, know that Allāh is al-Mu’ākhir, He is the Delayer. He delays certain things so we become more patient, so be patient. Know that Allāh is al-Hāfīdh, He is the Preserver. He preserved our bodies, our minds, our īmān and our very own existence. And thus, we are saved every day from accidents and catastrophes. When you feel down, know that Allāh is al-Walī. He is your Friend and Protector as well as your Creator and Lord. He is your protective supporter in your time of need, closer than the jugular vein in your neck. Friends can go missing but Allāh is always there for you, no doubt. And whoever really understands this, by Allāh they will always be the happiest of people in the long term in spite of the transient sorrows life comes with.

[1] Narrated by al-Bukhārī, on the authority of Abū Hurrairah. Sahīh Bukhāri, Book of Medicine, no. 5678.

[4] Narrated by al-Bukhāri in his book al-Adab al-Mufrad, on the authority of Ibn ‘Umar, Book of Social Behaviour, no.388.

[9] ‘Exercise for Mood and Anxiety’ by Dr. Michael Otto and Dr. Jasper Smits.

[13] Khushū’: Full submission and humility towards Allāh during the performance of Salāh.

Previous: UKIP manifesto calls for Muslim-only prisons
Next: Muslim mothers successfully fight back against Prevent to keep their children