Lawyers on the Day of Judgement 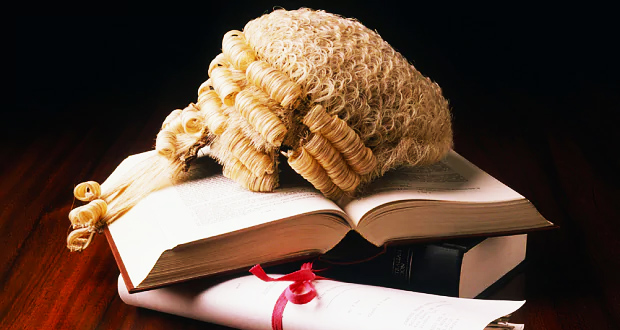 Many of us find that a time in our lives may arrive when we will need to fight a legal case of some sort against an individual or group that has harmed us in one way or another. Hiring a lawyer is not always necessary, particularly when the claim is not enormous, such as disputing a speeding ticket. The bigger the claim is however, the greater the pressure becomes to hire a lawyer, especially one who knows the field inside out.

Picture a scenario where, not only is the case big, your entire future is on the line. In addition to this, you have no idea how to challenge evidence, the law is very complicated, you do not understand legal terminology, you have no expert witnesses to vouch for you, your opponents are represented by many professionals and, despite all of these factors, you walk into the courtroom all by yourself.

Now picture a second scenario; one that is not imaginary. This time you are escorted to Allāh for your trial in the conclusion of a Day that will be 50,000 years long – the Day of Reckoning. The stress is unbearable, the fear is uncontrollable and your case is enormous, for the outcome will be Paradise or Hell. Can you imagine the difficulty of standing that trial alone and without representation?

Whilst you or I may not have the finances to hire the best lawyers for the hearings of the Dunya, doing so for the hearing of tomorrow has been made feasible even to the Muslims amongst us of humble means. I draw your attention to several matters which, if applied with seriousness, will cause intercessors to speak on your behalf and argue your case on a Day when tongues will be tied and thus unable to speak.

Before we begin, let us remember the types of intercessions that will take place on this overwhelming Day of Judgement.

This is known as al-Maqām al-Maḥmūd (the Station of Praise). After fatigue has peaked and the nations of the world simply cannot endure any more standing, they will plead with the prophets to intercede on their behalf to Allāh so that He may begin the judgement. They will all refuse, for this station belongs to none other than the Prophet Muḥammad (sall Allāhu ʿalayhi wa sallam). They approach him in desperation and he will accept this task, saying “I am the one for this.”[1] He will walk until he arrives beneath Allāh’s Throne where he will prostrate and beg Allāh to relieve people from their suffering. Allāh will accept his plea and the judgement will finally commence. At such a moment, humanity will be in awe of the Prophet Muḥammad (sall Allāhu ʿalayhi wa sallam). It is for this reason this intercession is called “the Station of Praise”.

“I will be the first to intercede for Jannah.”[2]

“My intercession may benefit him on the day of judgement where, because of it, he will be placed in a shallow part of Hell that will only reach his ankles but will cause his brain to boil.”[3]

In other narrations he added,

“And if it was not for me, he would have been in the deepest part of the fire.”[4]

4 – The Prophet’s (sall Allāhu ʿalayhi wa sallam) intercession for a certain group of over 70,000 people to enter Paradise without any accountability or suffering

These four forms of intercession are exclusive to the Prophet Muḥammad (sall Allāhu ʿalayhi wa sallam). As for the remaining three forms, they are shared between the prophets, angels, martyrs and righteous people.

“My intercession will be for those among my Ummah who committed major sins.”[5]

It is clear that intercession is not merely a theoretical topic that we study during ʿAqīdah (theology) courses, but is a matter that plays a critical role in deciding the fate of many people, and so what can we do today to prepare our lawyers of the Day of Reckoning? Below is a list of advocates that await your attention today so that they may come to your defense tomorrow.

Your Advocates on the Day of Resurrection

Advocate 1: Passing away in Madīnah

“Whoever of you is able to pass away in Madīnah, let him do so for I will intercede for people who die there.”[6]

One may argue that this is a little farfetched. Moving to Madīnah at this moment in time may be difficult for one reason or another. By Allāh’s mercy, there are many other possible advocates we can call upon.

Pause here for a moment. Imagine, now, your hearing in court. Quite suddenly your lawyer turns his back on you and, to your shock, begins arguing against your case. Such will be the case on the Day of Reckoning, as the Qur’ān will speak against some, begging Allāh to take them to Hell.

“The Qur’ān will appear on the Day of Resurrection in the form of a man who will bring a person who learned it but went against its commands. It will appear as a disputant against him and will say, ‘O Lord, You made him learn about me but what a bad learner he was; he transgressed my limits, neglected my obligations, disobeyed me and did not obey me.’ It will keep throwing accusations at him until it is said, ‘Do what you like with him.’ Then it will take him by the hand and will not let him go until it throws him onto a rock in Hell.

“And it will bring a righteous man who learned it and adhered to its teachings. It will appear as a defendant and will say, ‘O Lord, You made him learn about me and what a good learner he was; he respected my limits, did the obligatory duties, avoided the sins mentioned in me and obeyed my instructions.’ It will continue presenting arguments in his favour until it is said, ‘Do what you like with him.’ Then it will take him by the hand and will not let him go until it dresses him in brocade and places on his head the crown of kingdom.”[9]

What is your plan for the Qur’ān?

My congratulations to those who fast Ramaḍān and then search for every opportunity throughout the year to offer extra fasts. You are preparing your advocates, for the Prophet (sall Allāhu ʿalayhi wa sallam) said:

Advocate 4: The extra units of Salāh

‘O messenger of Allāh, I need something.’ He responded, ‘What is it?’ He said,

‘My need is that you intercede for me on the Day of Judgement.’ The Prophet (sall Allāhu ʿalayhi wa sallam) said to him,

‘Who guided you to that request?’ He said, ‘My Lord’ So the Prophet (sall Allāhu ʿalayhi wa sallam) said,

‘Then help me [fulfil your request] by frequently prostrating.’[11]

Study in detail all the extra prayers you can carry out such as the Duha Salāh, the night prayer, the 12 units attached to the 5 obligatory prayers, as well as the Sunan of Wudū, repentance, Istikhāra and leaving the home. Realise that by acting upon what you learn you are preparing your defence on the Day of Judgement.

“Whoever says, after hearing the call to prayer, ‘O Allāh, Lord of this perfect call and Lord of the established prayer, give Muḥammad the ‘Wasilah’ (a station in Paradise which will only be for one person) and superiority, and raise him up to a praiseworthy position which You have promised him’, it becomes incumbent upon me to intercede for him on the Day of Resurrection.”[12]

Even if you do not have the opportunity of hearing the Adhān regularly there other ways to prepare advocates on the Day of Judgement.

Advocate 6: The friends of goodness

When the Day of Judgement finally comes to an end, the people of īmān will realise that some of their friends are missing. They will enquire about them, begging Allāh to release them from the hellfire, saying:

“Our Lord! They used to pray, fast and do Ḥajj with us!” So Allāh will say to them,

“Go and take out whoever you recognise.” Allāh will first protect their bodies from the fire and then they will be allowed to walk inside. They enter Hell and see people suffering in the fire according to their sins. The fire would have reached the ankles of some, the knees of some, the hips of some, the chests of some, whilst others will be almost entirely submerged in oblivion. They will pull out many of them from the fire and place them within “the water of life” where their bodies will begin to regrow once again before they are finally allowed to walk into Paradise.[13]

This is why befriending the people of goodness and drawing close to them is such a gift. Those who were suffering in the fire could not have been saved had they not been known to the people of īmān beforehand. They prayed, fasted and engaged in Ḥajj with them. If we never show up at the Masājid and gatherings of goodness and, God forbid, we are sentenced to time in Jahannam, how will the righteous recognise us when they come in to the rescue?

For this reason, al-Hasan al-Basri would say:

“Take as many righteous friends as you can for they will be given an intercession on the Day of Judgement.” [14]

Finally, I leave you with this question: Will everyone who receives intercession on the Day of Judgement be of the same level?

The happiness that they experience due to this intercession will vary immensely from person to person depending on how well they prepare today and how sincere they are in doing so. The companions wanted to receive the biggest share of this intercession. They once asked the Prophet (sall Allāhu ʿalayhi wa sallam),

‘O messenger of Allāh, who will be the happiest person with your intercession on the Day of Judgement?’ He replied,

‘The happiest of all people with my intercession on the Day of Judgement will be those who say Lā ilāha illallāh sincerely from their hearts.’[15]

We ask Allāh to make us amongst the sincere, to protect us from needing to fend for ourselves on the Day of Judgement, to bless us and our loved ones with the greatest share of intercession, and to inspire us to work in its pursuit until the day we meet Him.

[1] Bukhari and Muslim, on the authority of Anas

[2] Muslim, on the authority of Anas

[5] AtTirmidhi, on the authority of Anas

[6] AtTimirdhi, on the authority of Ibnu ‘Umar

[7] Muslim, on the authority of Abu Umaama

[9] Ibnu Abi Shayba and classified as ‘Hasan’ by Ibnu Hajar

[10] Ahmad, on the authority of Abdullaah Ibnu ‘Amr

[12] Bukhari, on the authority of Jaabir

[13] Bukhari, Muslim, Ahmad, on the authority of Abu Sa’eed

[15] Bukhari, on the authority of Abu Huraira