Can you marry someone you don’t ‘love’? 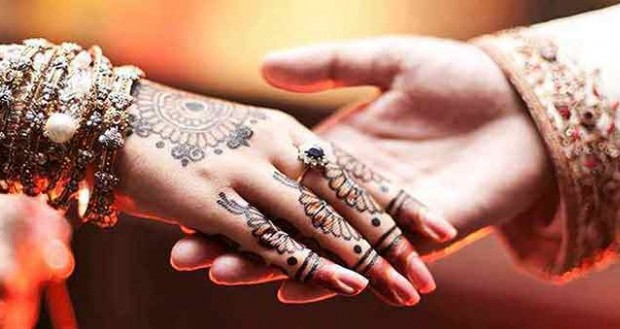 In this series we have been discussing the importance of the topic of marriage and divorce that so many of us belittle or neglect until we run into problems. We were reminded that any remedy for the conscious attempt by shaytan and his allies to dismantle the Muslim family unit, must include a retreat to the Qur’an and its guidance. In the last few articles we reflected on several important principles extracted from ayat of the Qur’an, and now we turn our attention to the next in our list of twelve, God willing.

“And if they both desire weaning through mutual agreement from both of them and consultation, there is no blame upon either of them.”[1]

What is this principle in reference to? This is part of an Ayah which speaks of several rulings pertaining to the aspect of breastfeeding and weaning of children. In the beginning of the Ayah, Allah guides that two full years of breastfeeding are to be dedicated for the new born baby, but what if they wish to wean the child before the completion of the two years? They can do that subject to “mutual consent” and “consultation”.

If this is how Allah instructs the spouses to behave in a matter which pertains to the weaning of a child, how then must our behaviour be during the course of our married lives?

Do we consult one another? Do you, for example, seek her opinion before you decide to travel my brother? Some brothers feel that by consulting their wife, his chivalry will be harmed and manhood undermined. And yet, the Prophet (sall Allāhu ʿalayhi wa sallam), the most complete of all men, did not fear this.

After having signed the treaty of Hudaybiyya in the sixth year of the Hijra, the Prophet (sall Allāhu ʿalayhi wa sallam) told the companions to get up, slaughter their sacrificial sheep and then shave their hair, as one of the conditions of this treaty was that they go home back to Madina and return for pilgrimage the year later. Surprisingly, none of the companions got up to do so. This was not out of disobedience, but out of their hope of entering Mecca for ‘Umrah, for if they cut their hair, then it means that they will not enter for sure.

He told them this three times and they did not get up. The Prophet (sall Allāhu ʿalayhi wa sallam) walked into his home saddened by this and told Ummu Salama what had happened. She said,

“O Prophet of Allah, do you want them to do this? Then, go back out and do not utter a single word to any of them till you first slaughter your animals and shave your hair.”[2]

The Prophet (sall Allāhu ʿalayhi wa sallam) applied this advice from his wife and, as expected, all the companions rushed to do as he did.

I am not saying that consultation and mutual agreement is an obligation in every scenario, but this is a principle which is very effective in ensuring that the couple are always on the same page, particularly when it comes to matters that affect both of them.

The “do and don’t” methodology is not always the best approach. How great would it be if we could also plug in the methodology of conversation/ dialogue/ persuasion.

“And He has placed between you love and mercy” [3]

Not all homes are built upon love, thus if the aspect of love begins to diminish, then the aspect of mercy must pick up. For this reason, Imam Ibnu Katheer said,

“It could be that a man remains with his wife due to the love which he has for her, or for his sense of mercy towards her due to the children he has from her, or for the fact that she may be financially dependent on him, or due to their closeness, or other reasons.”[4]

Contrary to how the film industry has conditioned us to believe, just because you “do not love her/him” anymore doesn’t always mean that this is a relationship that needs to be terminated. Thus when a man came to ‘Umar wanting to divorce his wife, arguing that he did not love her anymore, ‘Umar responded,

“Woe to you! Is every household built upon love?! What happened to care and shyness from not being kind?”

And when a man came to ‘Umar complaining to him that his wife told him that she hates him, he summoned his wife and asked her regarding this. She responded, “Yes, because he asked me in Allah’s name if I hate him and so I didn’t want to lie” ‘Umar responded,

“No, she should lie in this circumstance and should speak generally, for not all households are built upon love, but rather, at times it’s due to relations and Islam.”[5]

If Allah places ever-lasting love between you both, then Alhamdulillah, this is light upon light, but if the aspect of love dips, then the element of mercy should pick up. If the topic of divorce and remarrying was to be brought up every time the aspect of love dips in a marital relationship, then one would need to change his/her spouse as many times as we change our clothes!

Statistics suggest that the vast majority of divorces take place in the first year of a marriage because what they thought was love before marriage was in fact forged and fake. Real love only truly develops years into a marriage, but should it dip, never discard the element of mercy.

“And reconciliation is best” [6]

[2] Narrated by Bukhari, on the authority of Al-Miswar Ibn Makhrama