Protecting a Marriage from Tearing Apart 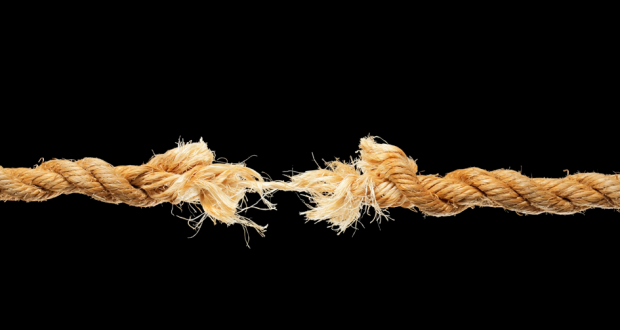 In this series we have been discussing the importance of the topic of marriage and divorce that so many of us belittle or neglect until we run into problems. We were reminded that any remedy for the conscious attempt by shaytan and his allies to dismantle the Muslim family unit, must include a retreat to the Qur’an and its guidance. In the last few articles we reflected on several important principles extracted from ayat of the Qur’an, and now we turn our attention to the next in our list of twelve, God willing.

“And reconciliation is best”[1]

Before bringing in arbitrators, whether they are parents, friends or esteemed figures from the community, the priority is to try and resolve the problem without anyone knowing about it. I know of so many people who fall into serious disputes with their spouses but they do not go beyond the walls of their homes, not even the children are aware of them.

The Prophet (sall Allāhu ʿalayhi wa sallam) once visited the home of his daughter, Fāṭima, but her husband was not home. He asked,

“Where is your cousin (ʿAlī)?”

“We fell out and so he left the house and chose not to take his siesta nap here.”

“And if a woman fears from her husband cruelty or desertion, there is no sin upon them if they make terms of reconciliation between them – and reconciliation is best.”

Failing reconciliation, the couple may then consider the next stage, arbitration, but the priority by default is in keeping your issues in house as much as you possibly can, having recalled that “reconciliation is best”.

“And whoever fears Allāh – He will make his matters easy for him.” [4]

How many families have succeeded in remedying their problems using the antidote of Taqwa (consciously increasing one’s good deeds whilst abstaining from sins)?

With regards to a person who rectifies and amends their relationship with Allāh by reviewing their secret habits, by reassessing where their God-given hours are being invested, by ensuring their īmān and good actions are improving rather than being neglected, Allāh will amend the relationship between such a person and others.

“By Allāh I recognise that I have committed a sin when I see the behaviour of my spouse and my ride changing on me.”

That is because they truly recognised that “whatever calamity befalls you is because of what your hands have earned.” [6]

But we all make mistakes from time to time, we all have shortcomings and desires that call us that we sometimes respond to. Does this mean that the happiness of this newly formed couple will be eliminated for good? No, happiness can still be there, but on one condition. Allāh said,

“Seek forgiveness of your Lord and repent to Him, and He will give you a good and true enjoyment for a specified term…”[7]

So happiness can still exist on the condition of Tawbah. The moment a small dispute erupts in this blessed household, as it does in every household, this blessed couple deal with it a different way to others. They both rush to investigate the source of this problem that has invaded their happy household. A sin has crept in somewhere along the line and it has polluted the purity of their minds. The husband sits with himself and reflects and says, ‘Yes, this week, I’ve fallen short in this aspect. I did this and I did that.’ The wife does the exact same. They then both find themselves saying, ‘O Allāh, pardon me’ and as a result, the mercy of Allāh descends back upon them, happiness cascades once again, tranquillity returns to their minds and home and the dispute is lifted.

One brother said that once he fell out with his wife and so stormed out of the house and made his way to the Masjid. He said,

“The moment I arrived, I found myself unusually unable to settle. I tried reciting the Qur’ān to engage in Allāh’s remembrance but something was pushing me to go back home. I had no idea what it was. So, I walked back home and my wife opened the door with a smile. She said, ‘You’re back?’ I said, ‘Yes’ She said, “I knew you’d come back, because since you left, I was engaging in Istighfār.”

“And if an evil suggestion comes to you from Satan, then seek refuge in Allāh.”[8]

[2] Narrated by Bukhari, on the authority of Sahl

[5] Narrated by Ibnu Abid Dunya in his book, ‘Al-Ikhlaas’