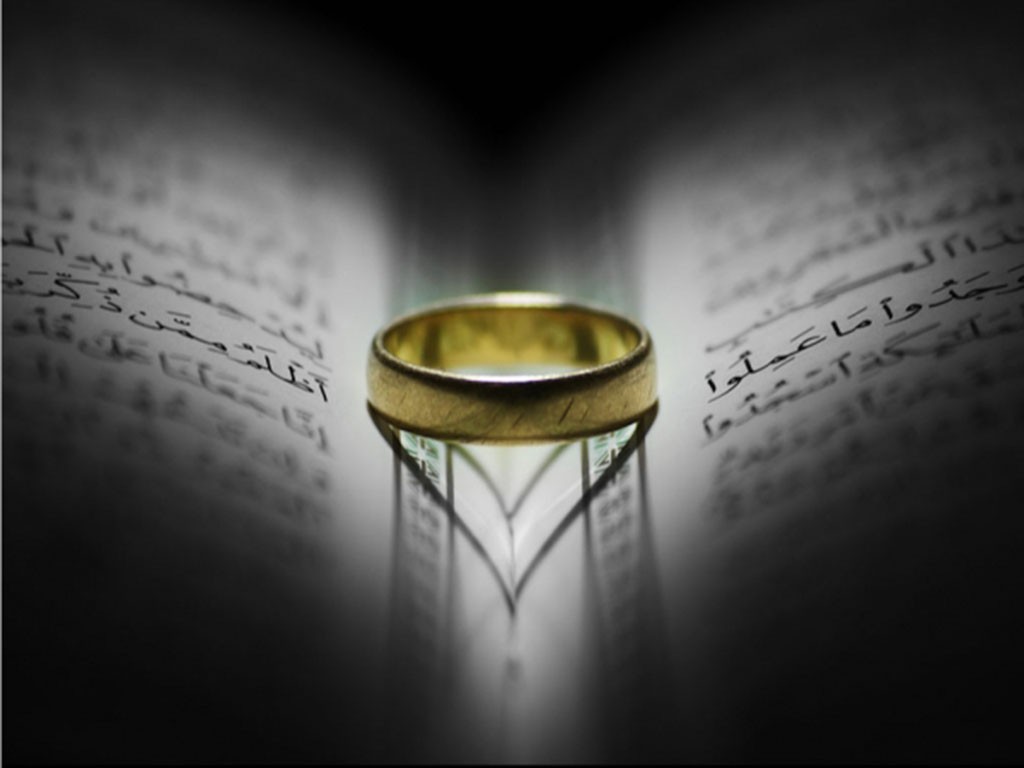 In this series we have been discussing the importance of the topic of marriage and divorce that so many of us belittle or neglect until we run into problems. We were reminded that any remedy for the conscious attempt by shaytan and his allies to dismantle the Muslim family unit, must include a retreat to the Qur’an and its guidance. In the last article we reflected on two important principles extracted from an ayah of the Qur’an, and now we turn our attention to the next in our list of twelve, God willing.

This is when the couple agree right from the outset of their relationship that when a dispute between them arises, they will refer it back to Allah and His messenger to judge between them, i.e. the Qur’an and Sunnah. They then make a second agreement to submit willingly and humbly to Allah’s ruling after they learn of it.

“And in anything over which you disagree – its ruling is [to be referred] to Allah.”[2]

“But no, by your Lord, they will not believe until they make you, [O Muhammad], judge concerning that over which they dispute among themselves and then find within themselves no discomfort from what you have judged and submit in [full, willing] submission.”[3]

In many relationships, a spouse may to try and offer his/her spouse accurate advice on a matter which he/her does not like. The subsequent facial and verbal expressions make it clear that it was not well-received, despite both the content and mannerism of that advice being on point. So, what happens? One prefers to refrain from giving such advice altogether to avoid such a reaction, and as a result, the mistake is repeated time and time again. Consequently, a sense of bitterness and spite begins to develop which, in many cases, causes an explosion of fury. Picking up the pieces afterwards becomes very difficult.

In the wake of every dispute, the main priority of each spouse must be the answering of the question, “what does Allah want from me?” And after discovering what that is, endeavour to submit to it willingly and lovingly.

“And do not forget the graciousness between you”[4]

For this reason, the Prophet (sall Allāhu ʿalayhi wa sallam) warned both men and women from this tendency. As for the men, he said,

“No believing man should hate a believing woman. If he dislikes one of her characteristics, then he certainly likes others.”[5]

Similarly, the Prophet (sall Allāhu ʿalayhi wa sallam) once said to the congregation of women:

‘O assembly of women, give out as much charity as you can and engage in as much repentance as you can, for I was shown the hellfire and you were the majority of its inhabitants’ A woman asked, ‘Why are we the majority of the fire’s inhabitants?’ He said, ‘You curse a lot and you reject the virtue of your spouse.’[6]

Not only does this narration direct us to the dangers associated with the tongue, for when asked, ‘why are we the majority of the fire’s inhabitants?’, he referred to two matters that are both resultant from the actions of the mouth, but this narration also indicates the severity of neglecting this principle that we are discussing.

“They deny the virtues of their husbands and they deny good treatment. You may do good to one of them for an entire lifetime, but if she seems something bad in you, she says: ‘I have never seen any good from you.’”[7]

This is a statement that may take a person to Jahannam and both spouses can be just as guilty of this. Yes, there may be faults in your spouse, but on the other hand, when you sensibly begin enumerating the virtues of this individual, you will realise that Allah has, in fact, gifted you with an incredibly rare treasure. If this principle of “do not forget the graciousness between you” is ignored, a divorce may take place because of something as trivial as excessive salt in the food.

One brother mentioned that he once fell into a debt of approximately £15,000 which caused him unimaginable stress. To his shock on one evening, his wife came forward and handed him over the entire sum. He asked her, ‘where did you get this from?’ She said, ‘It’s from the money that you’ve been giving me here and there since we got married. I was saving it up for the likes of this moment. So please accept this as a gift from me to you.’ Can such a virtue ever be denied?

This is a monetary example; if you were to apply this principle of “do not forget the graciousness between you” to your marital life as a whole, you will discover that your spouse has in fact been offering you things that are far more precious than money.

“And if they both desire weaning through mutual agreement from both of them and consultation, there is no blame upon either of them.”[8]

[5] Narrated by Muslim, on the authority of Abu Huraira

[6] Narrated by Muslim, on the authority of Ibnu ‘Umar

[7] Narrated by Bukhari and Muslim