The Dismantling of the Muslim Family 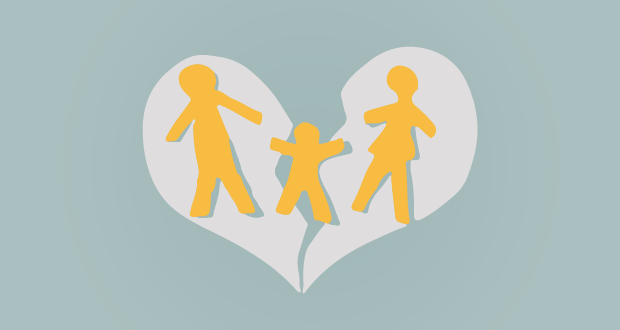 I passionately believe that this topic, the topic which focuses on the issues of the Muslim family, is one of the most important topics that could and must be addressed today more than any other time. Many find themselves diverting from such a discussion, especially ‘practicing’ Muslims, having labelled such a topic as a ‘social’ one, one which is not as important as the ‘Islamic’ ones. This is an unfortunate, mistaken perception, not least because of the misguided presumption that social issues are not Islamic issues. Furthermore, whilst many of the more spiritual or theological ‘Islamic’ topics may affect the masses of Muslims, they may have little bearing on others. As for this topic however, it affects every single Muslim individual, which thus affects the wider community and thus affects the entire Ummah at large.

Whilst many of us belittle the significance of such a discussion, shaytan, along with his many allies who currently invest millions into the dismantling of the Muslim family unit, have identified that their success in doing this constitutes as one of the greatest triumphs. The Prophet (sallAllahu ‘alayhi wasallam) said,

Why is this? It is because he is fully aware of the consequences which usually arise from divorce. The husband may neglect his children, his wife may engage in outrageous doings as revenge, and as for the children, they may completely go off the rails. In fact, Iain Duncan Smith, the former Work and Pensions Secretary, said that children from broken homes are nine times more likely to commit crimes than those from stable families.[2] When shaytan invests in a cause, we must not belittle its dangers.

Recent statistics have suggested an alarming increase in the number of divorces across the Muslim world, reaching in parts of Saudi Arabia up to 60%. A report in 2014 to the Federal National Council suggested that the divorce rate in UAE for 2013 surged to 70%. Similarly, data published by Qatar’s Permanent Population Committee in 2009, suggested that around 70% of Qatari marriages end in divorce too. [3]

Had these findings hovered around the 10% mark, even that would have been worrying, let alone what you just read. Clearly something is wrong and initiatives have been put in place to reverse these troubling trends. Obvious examples include marriage grants, group weddings, dowry caps and even divorce penalties. But much of this is not working and in general, one can say the following:

Any antidote that seeks to remedy these issues whist distancing itself from the Qur’an is bound to fail.

Perhaps you are under the impression that the model for this series is one which will address a specific marital problem and then its solution, and so forth. This will not be the case. Rather, the Qur’anic approach is one which deals with problems before they even appear. Thus this series is for the men and women, young and old, both married and unmarried.

At a time when the Ummah of Islam, at both the collective and individual level, are experiencing some of the most unprecedented trials, we need a wholehearted and all-out retreat to the book of Allah.

“And everything We have set out in detail.” [4]

“Certainly, We have brought them a Book which We have explained in detail with knowledge.” [5]

“Never was the Qur’an a narration invented, but a confirmation of what was before it and a detailed explanation of all things and guidance and mercy for a people who believe.”[6]

Those who live with the Qur’an immediately come to terms with this reality. Thus Ibnu ‘Abbas, a expert of the Qur’an, would say:

“If I was to lose the strap of my camel, I would find it in the book of Allah.”

We need a real retreat to the Qur’an in terms of its recitation, memorisation, understanding and more importantly than ever before: its Tadabbur (reflection, pondering). You will realise that much of our study today in terms of the principles which we will extract from the Qur’an are based on Tadabbur, thus they should be applied with sincerity, patience and seriousness, I can confidently say, after swearing by Allah’s name, that a noticeable change will be seen within our households, for they will help repair those currently damaged marital relationships, whilst adding happiness to the already happy ones.

We will go through twelve principles, the title of each will be extracted directly from part of an Ayah in the Qur’an which we will then expound upon.

As a disclaimer, it should mentioned here that minor marital problems, those that do not affect the overall fabric of the household, were never entirely eradicated from even the prophet’s households. This is a reality of life. However, this series seeks to address those major problems that can and do at times tear apart the family unit, and we hope that Allah blesses us with the tawfiq to benefit ourselves and our families through it.

The first principle we shall discuss, by the permission of Allah, in the next article in the series is:

“Marry those among you who are single and the righteous ones among yourselves, male or female”[7]

[1] Narrated by Muslim on the authority of Jaabir