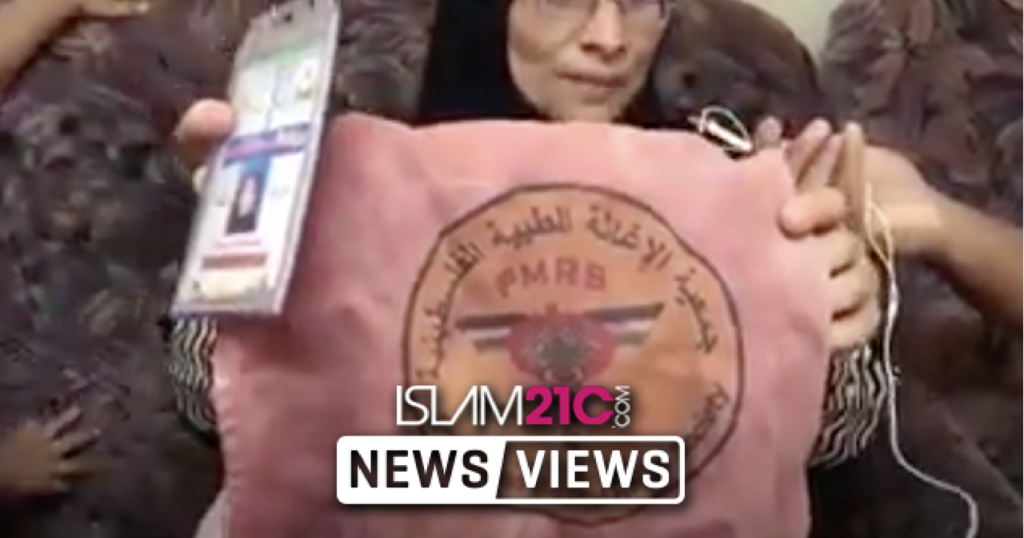 An Israeli sniper executed a young Palestinian nurse as she gave aid to wounded protesters.

On June 1st Razan al-Najar was shot in the chest as she attempted to save lives on the Gaza boarder.

The 21 year old mother was rushed to Gaza Hospital where she died as a martyr from the kill shot 30 minutes later.

Witnesses said that Razan was targeted and shot by the sniper in spite of being clearly identifiable as a medic—dressed in a white coat as well as a high-visibility medical jacket. [1]

The UN Office for the Coordination of Humanitarian Affairs (OCHA) “expressed their outrage” at Razan’s killing by the IDF.[2] In the statement the UN organisation said:

“The killing of a clearly-identified medical staffer by security forces during a demonstration is particularly reprehensible… These latest incidents come on top of an already-staggering number of attacks on healthcare personnel.”[3]

James Heenan, Head of Office at the UN High Commissioner for Human Rights in Palestinian said Razan was “wearing her first responder clothing, clearly distinguishing her as a healthcare worker even from a distance.”[4]

“It is very difficult to see how Razan posed such a threat to heavily-armed, well-protected Israeli forces in defensive positions on the other side of the fence.”[5]

Israeli forces are notorious for their use of deadly force against civilians, a crime which contravenes international humanitarian law.[6]

The killing of Razan marks the 119th Palestinian civilian killed by Israeli fire since the end of March alone, a slaughter count which has been rapidly climbing since the recent demonstrations began.[7] In that time Israeli soldiers have reportedly opened fire on 40 ambulances and injured almost 250 paramedics.[8]

Israeli troops also wounded three other medical personnel volunteering alongside Razan, firing live ammunition as they attempted to tend to other injured civilians.

Razan al-Najar who volunteered with the Palestinian Medical Relief Society (PMRS) was one of the first female nurses to treat those wounded at weekly demonstrations on Gaza’s boarders.[9]

“Shooting at medical personnel is a war crime under the Geneva conventions, as is shooting at children, journalists and unarmed civilians. We demand an immediate international response to Israeli humanitarian law violations in Gaza.”[10]

Barghouti called on sympathetic voices around the world “to demand that Israel be held accountable for its crimes” and for an end to the “bloody oppression of Gaza.” [11]

The killing of Razan tragically coincides with the United States’ controversial vote against a resolution denouncing Israel’s use of deadly force on Palestinian civilians.

US Ambassador to the UN, Nikki Haley rejected the resolution against killing civilians, claiming it was “morally bankrupt” before she went on to blame “the terrorist group Hamas”—Gaza’s democratically elected government—for Israel’s violations against human rights. [12]

Friends, family and admirers of Razan have flooded social media with posts mourning her loss and praising her sacrifice as a volunteer as well as her martyrdom.

In reference to a video of Razan’s mother, Dr Uthman Lateef stated on his Facebook:

“Ah, what savages did this to this poor mother? What fiends, so lacking in humanity and mercy, did this to Razan al-Najjar? What heinous beasts deprived this mother and deprived our world of a woman, a daughter, a sister, a friend, whose role it was to save life. What savagery, what barbarity, what indifference!”

In an interview with the New York Times one month before she was killed, Razan al-Najar mentioned that her father was proud of her efforts and bravery as a medical volunteer.

In the interview Razan said:

On Saturday, Razan’s body was carried to her funeral wrapped in a Palestinian flag. Thousands of Palestinians attended the funeral which took place in Gaza. [14]

Her father carried her once white medical jacket, now torn by the Israeli snipers bullet and soaked in Razan’s blood.