“Muslim boy referred to Prevent after calling for charitable giving” 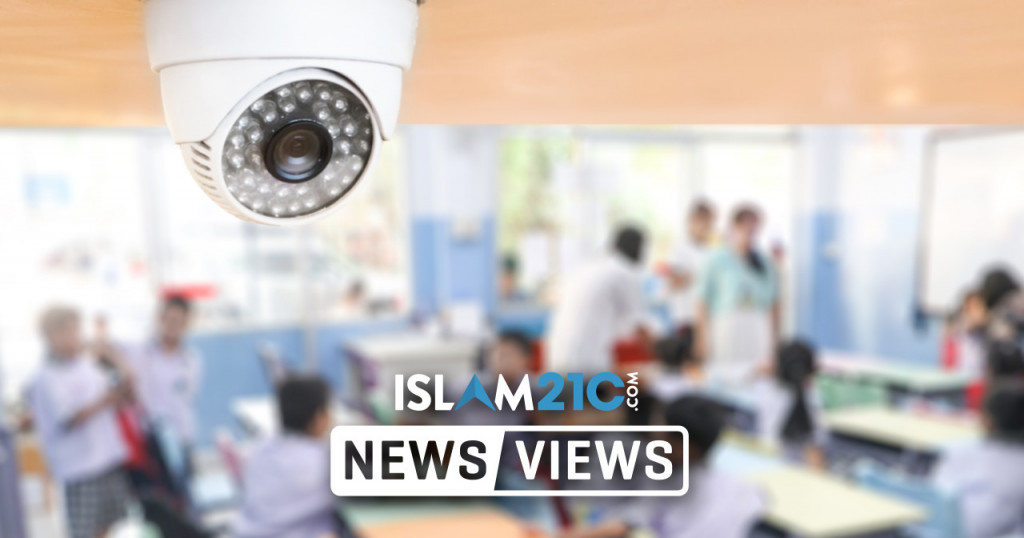 A primary school teacher has reported a pupil to the UK government’s Prevent programme simply for making the innocuous suggestion that they would like to “give alms to the oppressed”.

The boy, aged 11, was participating in a casual classroom discussion with his peers. The topic was concerning what each child would do if they happened to be in possession of a sizeable amount of wealth. In response to the hypothetical question, the Muslim boy produced the following short answer: “Give alms to the oppressed”. It appears to be the case that his teacher mistook the word “alms” for “arms”, and subsequently rushed to write the Prevent referral form.

The teacher failed to seek any clarification from the child on what had been said, nor did they raise their concerns with the Muslim boy’s parents. This is despite the fact that official Prevent policies recommend obtaining consent from the impugned individual before providing sensitive information regarding them. What further aggravates the matter is that the referral employed a number of racist tropes. In a bid to cast doubt on their integrity, the report mentioned the following points concerning the pupil: “lives with mum and dad – attends a local mosque”.

Warwickshire and West Mercia Police responded sensibly to the inappropriate referral. They concluded that there was no substance to it, and that the child did not pose any threat to national security. However, the potential emotional damage inflicted on the child, his future prospects, and his family members cannot so easily be set aside.

The school has described the student as being a “highly intelligent 11-year-old boy”. In addition, the Prevent referral states that the Muslim child’s interests in medieval history, war, siege engines, and soldiers are “non-typical”. In response, the child’s father explained that his talented son enjoys reading literature on a variety of topics.

The boy’s parents are professionals, and have already initiated legal proceedings against the school. They are particularly concerned that the Prevent referral will remain on their son’s records. This implies that the grammar school which he is due to attend in September will likely be informed of the case against him.

Liberty Law Solicitors, who are representing the family, demanded that the toxic and divisive Prevent programme be scrapped completely:

“Criminal legislation and safeguarding policies have always existed to protect the public and vulnerable members of our society. There is no need for a policy which is the equivalent of using a sledgehammer to crack a nut.”

The boy’s mother is a dentist, whilst his father works as an engineer and company manager. The father outlined the trauma that the entire family has encountered ever since the incident: “This has had a massive impact on us as a family. My wife hasn’t slept properly since this happened. We want answers and we want justice. All pupils should be treated equally and with integrity.” [1]

Layla Aitlhadj, the director of Prevent Watch, pointed out several implications of the baffling case: “Historically, the government response has been to play down such incidents as misapplications and anomalies that can be fixed. However, such cases show the quite opposite: that Prevent injects suspicion and discrimination deep into the imagination of frontline workers to the detriment of Muslims.”

This case is the latest in a series of bizarre and troubling referrals made by educationalists against pupils. These include, but are not limited to, a nursery worker raising concerns about a four-year-old child’s drawing. Although the boy described the image as depicting his father cutting a cucumber, the nursery worker misheard him as mentioning the word “cooker-bomb” instead.[2]

The nursery threatened the mother of the child with the prospect of losing her son: “Your children might not be taken off you…you can prove yourself innocent.” When the mother pleaded and explained that she looked nothing like a terrorist, the nursery gave this shocking response: “Well, did Jimmy Savile look like a paedophile?”

Another incident which has also made headlines is that of a 10-year-old boy. In this case, the boy misspelled “terrace house” as “terrorist house”, and was subsequently interviewed by the police. It turns out that the boy was simply describing his family home as being a terraced house.[3]

These incidents would be almost comical if their consequences were not so tragic. Sadly, however, they point to serious structural problems existing in the system at large. Given the securitisation of both the educational and healthcare systems, as well as the increasing lack of political support from a Party which has traditionally been the home for British Muslims, the future for British Muslims may likely be described as Orwellian.

Prevent is one of the four stands of the Government’s counter-terrorism strategy, which is known as ‘Contest’.[4] Unlike the other strands – which exist to deal with things related to actual terrorism – Prevent was created to combat “extremism”, which was defined as the opposition to “British values”. This was due to the misguided and ideologically-based belief – now rejected by the Government – that “extremism” causes terrorism. [5]

This underlying “radicalisation” theory still remains in the Prevent vocabulary despite the Government distancing itself from the refuted conveyor belt theory and the ERG22+ “extremism” risk factors that were once offered as justifications for the policy before their “scientific” basis was condemned by 140 experts across the world off the back of a CAGE report exposing it as “pseudoscience”. [6] [7] [8]

According to a report published by the racial equality organisation JUST Yorkshire, the Prevent strategy is having disturbing consequences on society. The report stated that the strategy is “built on a foundation of Islamophobia and racism”, and that it is “ineffective and counterproductive” and should be repealed. [9]

The independent organisation PREVENT digest calls for Prevent to be suspended and reviewed, describing the “evidence” underlying it “as flawed and racist as early attempts to classify criminals by head shape”. [10] The organisation adds that Prevent stifles debate, as attested by the Home Affairs Select Committee. [11]

The United Nation special rapporteur on racism stated, “The Prevent duty is inherently flawed, and expansion of a flawed program to cover more groups is by no means curative”. [12] This expresses that the targeting of far-right groups does not obfuscate the harm carried out by the Prevent strategy.

Figures published by the Home Office display an increase in Prevent referrals across the country overwhelmingly targeting Muslims. The released figures show that 65% of the 7,631 referrals refer to Muslims, despite this demographic being approximately 5% of the population. A reported 56% of the total referrals were aged 20 or under, whilst a quarter of the referrals were of under-15s. Most of the referrals came from the education sector, followed by the police. [13] [14]

Muslims comprise approximately 5% of the United Kingdom, [15] and less than 5% of the perpetrators of “successful and foiled” terror plots, [16] yet they are vastly overrepresented in the counter terrorism matrix – from Prevent referrals to Schedule 7 stops and searches to “terrorism” convictions. Not only does this lead to unjustified fear and panic from the broader population, it also contributes to the alienation and disenfranchisement of many young or mentally vulnerable Muslims. [17]

This is one of the reasons that an increasing number of researchers and activists have been warning that Prevent is not just ineffective but actually counterproductive. A sense of alienation, disenfranchisement, experience of racist double standards, and so on have long been significant empirically-determined causal factors involved in the likelihood of some people to be drawn into political violence and terrorism, emphatically not the non-violent beliefs and opinions – be they “radical” or not – that the Prevent programme has been focusing its attention on. [16]

[12]  OCHCHR. 2018. End of Mission Statement of the Special Rapporteur on Contemporary Forms of Racism, Racial Discrimination, Xenophobia and Related Intolerance at the Conclusion of Her Mission to the United Kingdom of Great Britain and Northern Ireland. ONLINE: United Nations.

[17] According to the 2011 Census, Office for National Statistics.