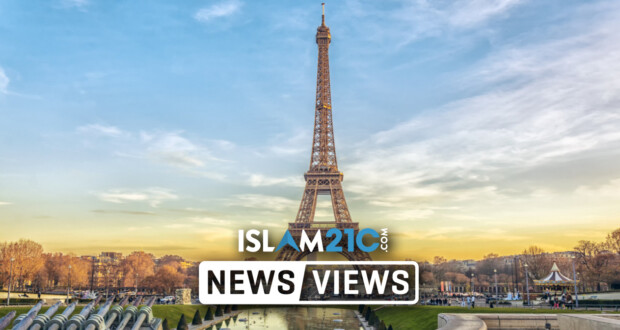 A family of French Algerians were attacked by two European women near the Eiffel Tower in France.

Two of the Muslim women who wore the hijab in the family were stabbed and are currently in critical condition in hospital.

The family, which was accompanied by four children, were attacked on Sunday when they asked that a dog be kept on a leash when it came to close to the family. [1]

The women wearing the hijab were stabbed, and the children were shoved and pushed to the ground while the European women shouted “dirty Arabs,” “go home”, and other racial slurs. The racially charged comments were reported by French news websites Le Monde and Liberation.[2]

In a statement which has been translated and posted on the North Africans United Instagram page, one of the victims wrote: “We were victims of racism yesterday…  We are French of Algerian origin and ‘hijabis’. We were a family of nine with four kids and four women.”

“We were taking a walk in the Champ de Mars under the Eiffel tower in Paris when two European women attacked us and stabbed my sister and cousin with a knife. They are hospitalised and in absolute emergency. The children were shoved and pushed to the ground.”[3]

The youngest victim, Amel, was stabbed “multiple times” and underwent emergency surgery. She is currently in stable condition. The second victim, Kenza, was stabbed six times, rupturing her lungs. She is still hospitalised and receiving treatment. However, French media reports that her condition is no longer critical.[4]

Both the attackers are currently in custody as a police investigation is conducted. The North Africans United page also included a photograph of the police report filed, with some of the details redacted.[5]

Tensions with Muslim communities in France – and Europe at large – have been devolving for some time. The recent government crackdown on Muslims, labelled the ‘enemy within’ by French Interior Minister Gérald Darmanin in a radio interview, has seen extraordinary action taken against the Muslim community.[6]

Most recently, the French government has ordered the temporary closure of a mosque as part of its nationwide crackdown on Muslim groups and individuals.[7]

While witness statements of the incident indicate that the attack was an Islamophobia-fuelled hate crime, the Paris police are not treating the case as such.

A source close to the investigation was quoted by Le Monde saying: “At this stage of investigations, no element proves the theory of a racist motive linked to the wearing of veils.”

“This is an unfortunate and pitiful assault because of a dog, but there is no religious dimension to it,” the source added.[8]

The Paris police’s denial of Islamophobic motives contradicts both the testimonies and the growing racial tensions in France, following the government’s crackdown on ‘the enemy within.’

After the decapitation of a teacher who showed caricatures of the Prophet Muhammad (sall Allāhu ‘alayhi wa sallam) to his students, the French government unleashed a wave of raids on Muslim groups and individuals accused of radicalism.

Hundreds have been arrested, despite having no association with terrorism, and are being threatened with mass expulsion.[9]  Some of those arrested are charity workers, community organisers, and civil rights activists.[10]

The Turkish President said that anti-Muslim policies have “become a useful device’’ for some Western countries in order “to mask their own failures.”[11]

2020-10-21
Ahmad Jomaa
Previous: Arab delegation visits Al-Aqsa sanctuary under Israeli protection
Next: If only you knew your true worth