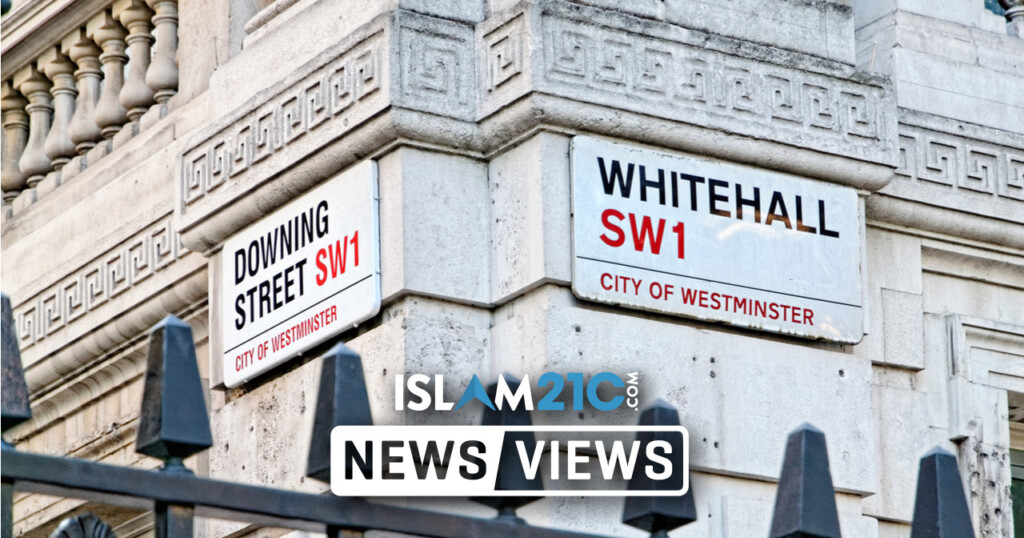 Also Read: Why is this the UK’s biggest and broadest coalition of Muslims since 2003

A coalition of the Muslim community have announced they will boycott the Prevent Review in response to the appointment of William Shawcross as reviewer. The coalition represents a broad cross section of Muslim civic society across the UK, including over 30 national and 10 regional organisations, 100 leading religious scholars, academics, community organisers, and allies.

William Shawcross – former director of the neoconservative thinktank The Henry Jackson Society, and ex-chairman of the UK’s Charity Commission between the years of 2012 and 2018 – has a track record of making Islamophobic comments. His appointment came after the Government was forced to remove his predecessor Lord Carlile because he was on record stating support for Prevent.

More than 450 Muslim civil society organisations – including 350 mosques and mosque imams – and over 90 leading figures have signed a statement pledging to boycott the UK government’s review of the discredited Prevent policy.

“William Shawcross has a track record of hostility to Islam and Muslims.  No serious, objective, critical review can be undertaken by someone with such a track record – rather we should expect him to promote a hardening of policies towards Muslims.  So, if Muslim organisations engage with this Review, it strengthens its legitimacy and its power to recommend policies more harmful to the community.”

“It is increasingly obvious that Prevent promotes many unacceptable harms – even to those who have engaged with Prevent convinced they are preventing harm.  These harms include profiling and targeting Muslim children (even as young as four), making the Muslim community ‘a suspect community’, demonising aspects of Islam, and silencing legitimate speech.”

The coalition will continue to campaign against the Shawcross Review, and the harms of the Prevent policy.  It will support all steps to set up an independent review process, that centres those most harmed by Prevent, has legitimacy from the communities most affected, and is aided by credible expertise and supported with robust evidence.

“Our coalition of hundreds of Muslim civil society organisations from across the country is boycotting this review of Prevent because we believe it will not address the significant harms the policy has caused. The review lacks credibility, its current reviewer, William Shawcross, is seen as partisan, and the government has no intention of taking our concerns seriously. In short, this government cannot be trusted to make a truly independent and comprehensive assessment of Prevent.

“In my work as Director of PreventWatch, we have supported over 500 cases of Prevent and we are concerned about the harm to Muslim children, families and wider Muslim society.  What we have documented is just the tip of an iceberg. There is a wealth of evidence that indicates that Prevent is an inherently Islamophobic policy.  This is what a truly independent process will bring to public attention.

“The previous terms of reference were restrictive and in his letter published today William Shawcross has only committed himself to strengthening Prevent with no serious consideration given to its harms. Without a truly unconstrained process, the voices of those most impacted by Prevent will not be seriously considered and given the public hearing they deserve. The coalition will support all steps to set up a robust people’s commission.”

“Prevent is a bad policy that has only worsened with time.  An independent review of its attack on the freedom of speech, curtailment of fundamental liberties and criminalisation of communities, is long overdue.  Sadly, the Shawcross Review promises no such thing.”

“This appointment is unjust.  Appointing Mr Shawcross as the reviewer of Prevent has set a dangerous precedent: that it’s okay to have a biased reviewer.  Is this British fair play?  This appointment undermines the independence of this review, of someone who does not believe that over three million British Muslims are decent and good citizens, but who dreads them.  Our country needs trust, and the government needs to build it.”

“I have personally experienced the kind of harm William Shawcross has caused in roles where he wields power over the Muslim community. He was on the board of the notorious Henry Jackson Society whose prejudice against the Muslim community is well known. His chairmanship of the Charity Commission was also hugely controversial. For a man of his track record to be given more power over the Muslim community in his new role further compounds our negative perceptions of Prevent and shatters our trust in our leaders who are charged with our protection. This is a truly astonishing development.”

“The presence of Prevent in smaller organisations within local communities that provide essential services such as ESOL classes, sewing classes, and putting on other classes to accommodate the needs of, mostly, Muslim women is one that illustrates its perniciousness.  The Prevent strategy ensures these organisations end up relying on its pot of funding because other ways of accessing funds are being curtailed.  In this way, Prevent is expanding its tentacles into community spaces that ought to remain safe for Muslims but, yet again, it is there to surveil and monitor.”

“Shawcross’ appointment is a stark reminder how tangential Muslim distress is to the government, when the cause of this distress is their very policies.  We know that the silencing caused by Prevent is not simply the absence of words, but a very real experience of anxiety.  We know families experience trauma when caught erroneously in the security web.  We know that fear of appearing ‘suspect’ begs the question of tacit coercion when offered a Channel intervention.  We need transparency and accountability for the distress caused by Prevent referrals, viewed from the prism of human rights and racialised abuse.”

Prevent is one of the four stands of the Government’s counter-terrorism strategy, which is known as ‘Contest’. Unlike the other strands – which exist to deal with things related to actual terrorism – Prevent was created to combat “extremism”, which was defined as the opposition to “British values”. This was due to the misguided and ideologically-based belief – now rejected by the Government – that “extremism” causes terrorism. [1]

This underlying “radicalisation” theory still remains in the Prevent vocabulary despite the Government distancing itself from the refuted conveyor belt theory and the ERG22+ “extremism” risk factors that were once offered as justifications for the policy before their “scientific” basis was condemned by 140 experts across the world off the back of a CAGE report exposing it as “pseudoscience”. [2] [3] [4]

According to a report published by the racial equality organisation JUST Yorkshire, the Prevent strategy is having disturbing consequences on society. The report stated that the strategy is “built on a foundation of Islamophobia and racism”, and that it is “ineffective and counterproductive” and should be repealed. [5]

The independent organisation PREVENT digest calls for Prevent to be suspended and reviewed, describing the “evidence” underlying it “as flawed and racist as early attempts to classify criminals by head shape”. [6] The organisation adds that Prevent stifles debate, as attested by the Home Affairs Select Committee. [7]

The United Nation special rapporteur on racism stated, “The Prevent duty is inherently flawed, and expansion of a flawed program to cover more groups is by no means curative”. [8] This expresses that the targeting of far-right groups does not obfuscate the harm carried out by the Prevent strategy.

Figures published by the Home Office display an increase in Prevent referrals across the country overwhelmingly targeting Muslims. The released figures show that 65% of the 7,631 referrals refer to Muslims, despite this demographic being approximately 5% of the population. A reported 56% of the total referrals were aged 20 or under, whilst a quarter of the referrals were of under-15s. Most of the referrals came from the education sector, followed by the police. [9] [10]

Muslims comprise approximately 5% of the United Kingdom, [11] and less than 5% of the perpetrators of “successful and foiled” terror plots, [12] yet they are vastly overrepresented in the counter terrorism matrix – from Prevent referrals to Schedule 7 stops and searches to “terrorism” convictions. Not only does this lead to unjustified fear and panic from the broader population, it also contributes to the alienation and disenfranchisement of many young or mentally vulnerable Muslims. [13]

This is one of the reasons that an increasing number of researchers and activists have been warning that Prevent is not just ineffective but actually counterproductive. A sense of alienation, disenfranchisement, experience of racist double standards, and so on have long been significant empirically-determined causal factors involved in the likelihood of some people to be drawn into political violence and terrorism, emphatically not the non-violent beliefs and opinions – be they “radical” or not – that the Prevent programme has been focusing its attention on. [12]

[8]  OCHCHR. 2018. End of Mission Statement of the Special Rapporteur on Contemporary Forms of Racism, Racial Discrimination, Xenophobia and Related Intolerance at the Conclusion of Her Mission to the United Kingdom of Great Britain and Northern Ireland. ONLINE: United Nations.