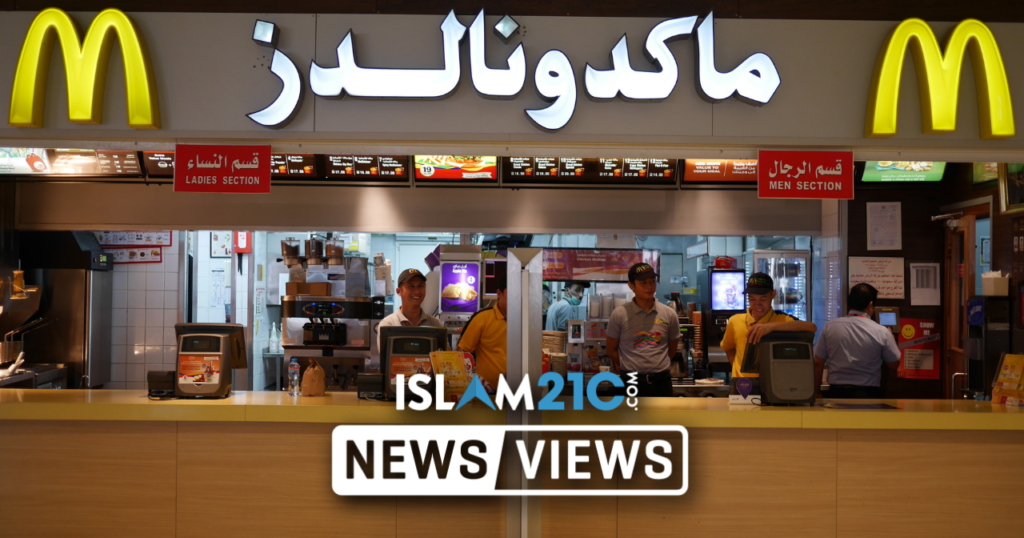 The Saudi authorities have announced that it will no longer require restaurants to have separated entrances segregated by gender. [1]

It was compulsory upon all restaurants in Saudi Arabia to have a separate entrance for families and women, and another for men. However, the Ministry of Municipalities and Rural Affairs announced that the rule will no longer be mandatory. [2]

The measures have been dubbed by some as a precursor to introducing more secular-leaning laws. In recent months, the Saudi authorities eased some other restrictions such as a decades-long ban on female drivers and public entertainment. In addition, a royal decree earlier this year allowed Saudi women to travel abroad without a male guardian’s permission.

The Saudi kingdom has witnessed drastic changes in the past few years. In only the last two years, the Saudi authorities have arrested scores of scholars and activists in what is seen as a significant shift in internal policy led by Crown Prince Mohammad b. Salman. [3]

Prosecutors in Saudi Arabia have arrested scores of prominent scholars but have even sought the death penalty for some of them including, Sheikh Salman al-Ouda. [4] Amongst the dozens of prominent scholars, activists, and academics arrested by the Saudi authorities are Sheikh Awad al-Qarni, Sheikh Mohammad Musa al-Sharif, Sheikh Muhammad Saleh al-Munajjid, and Sheikh Abdul Aziz at-Tarefe. [5]

The murder of the prominent Saudi author and journalist, Jamal Khashoggi (raḥimahu Allāhu) prompted worldwide outrage and increased scrutiny of Saudi’s Crown Prince who denies being involved in the killing.

The brutal murder in Saudi Arabia’s consulate in Istanbul drew intense international condemnation. In the days following the disappearance of Khashoggi, the story developed almost every day since then, with Turkish media reporting on the 15-man “hit-squad” who arrived and departed Istanbul on the same day, and releasing horrific detail of what occurred to the critic of the Saudi rulers, including torture and dismemberment.