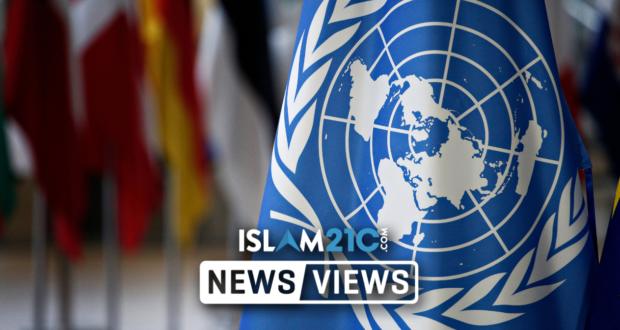 The special rapporteur, Fionnuala Ni Aolain, expressed concern over the duty placed on teachers, social workers, NHS staff and others to report signs of radicalisation.

A report issued on Wednesday has suggested that the toxic Prevent strategy should be scrapped as it “targets ill-defined “extremism” as well as violence and terrorism.”

‘Violations of the rights of religious and ethnic minorities are being enabled by ‘deradicalisation’ policies and practice,’

Prevent is one of the four stands of the government’s counter-terrorism strategy which is known as ‘Contest’. Unlike the other strands—which exist to deal with things related to actual terrorism—Prevent was created to combat “extremism”, which was defined as the opposition to “British values”. This was due to the misguided, ideologically-based belief—now rejected by the government—that something called “extremism” causes terrorism. [1]

This underlying “radicalisation” theory still remains in Prevent vocabulary despite the government distancing itself from the refuted conveyor belt theory and the ERG22+ “extremism” risk factors that were once offered as justifications for the policy, before their “scientific” basis was condemned by 140 experts across the world,[2] [3] off the back of a CAGE report exposing it as “pseudoscience”. [4]

As well as these groups, many cross-party MPs and even the Government’s own reviewer of terrorism legislation, Max Hill QC, have opposed the government’s strategy and even gone so far as saying terror laws in principle should be scrapped as they are “unnecessary”. [10]

When one considers that Muslims comprise approximately 5% of the United Kingdom, [13] and less than 5% of the perpetrators of “successful and foiled” terror plots,[14] yet are vastly overrepresented in the counter terrorism matrix—from Prevent referrals to Schedule 7 stops and searches to “terrorism” convictions—not only does this lead to unjustified fear and panic from the broader population, but contributes to the alienation and disenfranchisement of many young or mentally vulnerable Muslims. [15]

2020-03-04
Hamad Momin
Previous: Delhi: A pogrom instigated and choreographed by the Modi government
Next: Prevent: Think tank under fire for publishing “ludicrous” and “deceptive” report about Muslim opinions