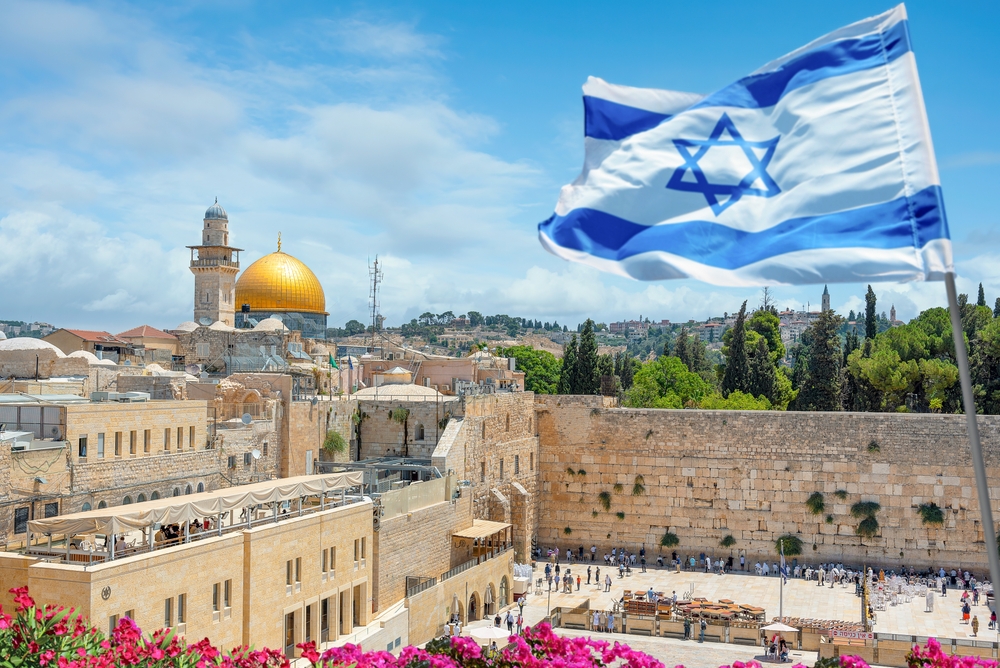 The Commonwealth of Australia took the unprecedented decision – if you put aside Donald Trump’s 2017 step – to recognise West Jerusalem as the capital of Israel back in 2018. However, in a dramatic about-turn, the federal government earlier this week announced that the decision taken four years ago had “put Australia out of step with the majority of the international community.” Australian foreign minister Penny Wong has stated that while the country remains a “steadfast friend” to Israel, the nation’s existing embassy in Tel Aviv will stay put. [1] [2]

Wong also criticised the previous Morrison administration for its “cynical play”, referring to the decision to acknowledge Jerusalem as being Israel’s capital prior to election season. [1]

“I regret that Mr Morrison’s decision to play politics resulted in Australia’s shifting position, and the distress these shifts have caused to many people in the Australian community who care deeply about this issue.” [1]

Trump set the ball rolling in 2017

US president Donald Trump took the hugely criticised decision to recognise Jerusalem as Israel’s capital in December of 2017 and immediately put forth a decree to relocate its Tel Aviv embassy. Many saw Australia’s decision to join the bandwagon as an exercise in political posturing by the Scott Morrison-led federal government. [3]

Trump’s pro-Israeli direction went further after Politico first reported in late 2020 that Americans born in Jerusalem would now be able to put “Jerusalem, Israel” as their place of birth, as opposed to just “Jerusalem”. [3]

With Joe Biden running the show since 2021, he has sought to restore a sense of balance when it comes to the highly contentious topic of Jerusalem and its role in any potential Palestinian-Israeli peace deal. However, he is and has always been very much pro-Israel and during his long political career, Biden has met every Israeli leader since Golda Meir.

Prior to his recent Middle East trip this summer, Biden wrote in a Washington Post op-ed,

“In Israel, we helped end a war in Gaza — which could easily have lasted months — in just 11 days. … We also rebuilt U.S. ties with the Palestinians… Working with Congress, my administration restored approximately $500 million in support for Palestinians, while also passing the largest support package for Israel — over $4 billion — in history.” [4]

However, on landing at Israel’s Ben-Gurion airport, the US president also said that his pro-Israel stance came from his Christian upbringing.

“The connection between the Israeli people and the American people is bone deep. Generation after generation, that connection grows … I’ve been part of that as a senator, as a vice president, and, quite frankly, before that, having been raised by a righteous Christian.” [4]

It is welcome news, however, that Australia has backtracked on its 2018 decision and once more leaves the US in the colourful company of Honduras, Kosovo, and Guatemala in their inexcusable choice of placing their embassies in the city.

With all of the British government turmoil that has been in play in recent weeks, and with prime minister Liz Truss having resigned just yesterday, it remains to be seen whether the UK follows through with its stated desire to relocate the British embassy to Jerusalem. At present, officials have merely confirmed that a review is under way.

Husam Zomlot, the Palestinian ambassador to the UK, reacted strongly to the news when it first broke in September. He described such a potential step as “a blatant violation” of the “UK’s historic responsibilities.” [5]

It is extremely unfortunate that Prime Minister ⁦@trussliz⁩ uses her first appearance at the UN to commit to potentially breaking international law by promising a “review” of the location of the British embassy to Israel 1/3 https://t.co/qgC1QnIUhi

Check out these related articles