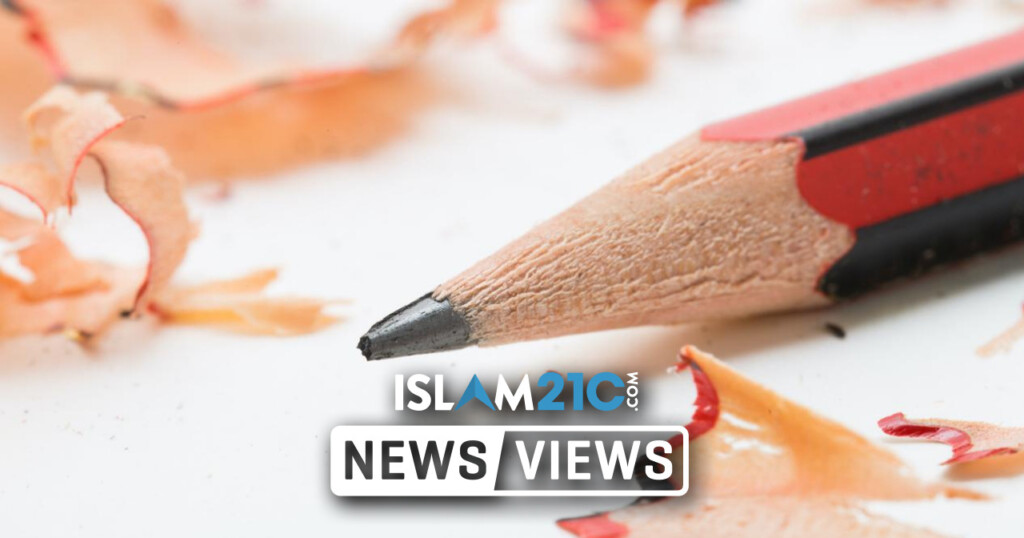 The infamous French magazine Charlie Hebdo has faced condemnation for republishing caricatures that reportedly provoked the January 2015 attack, ahead of the trial of the alleged accomplices in the attacks.

The weekly magazine, whose actions in 2015 prompted a deadly attack on its offices, has defended its move, with its Director Laurent Sourisseau writing, “We will never lie down, we will never give up”.

“The hatred that struck us is still there and, since 2015, it has taken the time to mutate, to change its appearance, to go unnoticed and to quietly continue its ruthless crusade.”[1]

Twelve people, including some of the country’s most celebrated cartoonists, were killed in the shootings that took place. The front cover of the latest edition of the magazine features the 12 original caricatures that attempted to project racist stereotypes onto the Prophet Muhammad (sall Allāhu ‘alayhi wa sallam). The title on the front cover can be translated to “All of that for this”.[2]

The magazine wrote in its editorial:

“To reproduce these cartoons in the week the trial over the January 2015 terrorist attacks opens seemed essential to us.”

Fourteen people will go on trial today, accused of providing the gunmen weapons and logistical support for the attack on the publication’s office in Paris. All but three of the alleged accomplices will be present for the trial on Wednesday, which was due to be held in March but has been postponed because of the coronavirus pandemic. The trial is expected to last until November. [3]

National anti-terror prosecutor Jean-Francois Ricard was quick to dismiss the idea that those standing trial were just “little helpers”.

“It is about individuals who are involved in the logistics, the preparation of the events, who provided means of financing, operational material, weapons, a residence.”

French President Emmanuel Macron has refused to condemn the cartoons but calls upon the nation to respect each other and avoid a “dialogue of hate”.

“It’s never the place of a president of the Republic to pass judgment on the editorial choice of a journalist or newsroom, never. Because we have freedom of the press.”[4]

When the attacks happened, many non-Muslim commentators reacted by supporting the magazine, either accidentally or deliberately painting the reaction to their cartoons as “censorship”. Fewer nuanced voices countered the mainstream media’s narrative of “anti-censorship at all costs”.[5] Jacob Canfield argued:

“…the editorial staff of Hebdo consistently aimed to provoke Muslims. They ascribe to the same edgy-white-guy mentality that many American cartoonists do: nothing is sacred, sacred targets are funnier, lighten up, criticism is censorship. And just like American cartoonists, they and their supporters are wrong. White men punching down is not a recipe for good satire, and needs to be called out. People getting upset does not prove that the satire was good. And, this is the hardest part, the murder of the satirists in question does not prove that their satire was good. Their satire was bad, and remains bad. Their satire was racist, and remains racist.”[6]

Five years later and one thing remains the same: Charlie Hebdo is a “repository of Islamophobia”. Many have now condemned the magazine’s apparent business model of courting offence and controversy with “satirical” attacks of already-disempowered minorities under the label of “freedom of expression”. Some have taken to social media to stand in solidarity with the publication, commending their “defiant gesture” and “unthinkable courage”.

The question is: what have they gained from this?

“I make a point to correct the narrative here: we should not say they are drawing the Prophet (sall Allāhu ‘alayhi wa sallam); they are unable to. All they draw are racist orientalist caricatures that say more about them than anyone else. They are racist, privileged white men “punching down” at communities they try to dehumanise and keep in check, trying to provoke reactions, too scared to face the truth. They do not have the tawfīq to know what the Prophet (sall Allāhu ‘alayhi wasallam) even looked like to depict him, so they must resort to lies and fabrications to amuse themselves and silence the voice of truth and reason inside them.”

This echoes the famous hadīth where the Prophet (sall Allāhu ‘alayhi wasallam) remarked about derogatory nicknames that his enemies in his time had resorted to using:

“Does it not astonish you how Allāh protects me from the abuse and cursing of the Quraish? They abuse “Mudhammam” and curse “Mudhammam”, while I am Muhammad (the praised one).”[7]

Universally, Muslims have repeatedly condemned the January 2015 attack, but the best practice is to ignore, as the Mohammed Moussaoui, President of the French Council of Muslim Worship, said while condemning the violence. Insults and mockery fall only on the doer of the activity and have no grace. They are not a resemblance of character and virtue, but rather a sign of inherent weakness. Honour remains with the Prophet (sall Allāhu ‘alayhi wasallam) and his believers.

Whilst some argue that the re-publication was a fitting time for a show of determination in the face of the intolerance—an ironical statement—most would agree; the moon is not affected by the barkings of a dog.

Freedom of speech is an ideological construct by Afia Ahmed Chaudhry

We are not Charlie Sadia Habib by Islam21c

Charlie Hebdo and the Profiteers of Tragedy by AntiWar.com