Freedom of speech is an ideological construct 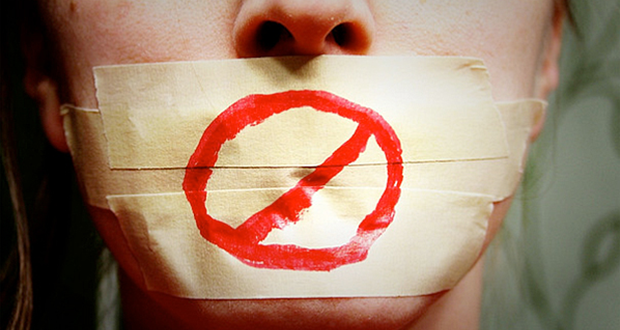 The recent events in Paris have engendered a series of questions relating to “freedom of speech” and the role of the Muslim communities in the West. Subsequently, the responses resonating across the Muslim world have failed to engage with the underlying assumptions which inform the debates. Notions of “freedom of speech” and integration are left unquestioned whereas questions about Islām and identity are forced on Muslims across the world. In turn, our engagement remains self-defeating and apologetic. In this piece, we will aim at providing an alternative response which begins by putting under question the previously domineering assumptions that inform the political discourses of Islamophobes and apologetics alike. In particular, we will examine the notion of “freedom of expression”. Secondly, we will explicate the parameters which ought to inform our engagement with the West and delineate the difference between historical products which can be adopted and those which cannot.

Values, especially political values are never neutral and are always linked to a conceptual system (i.e. a worldview and an epistemology). As Alasdair MacIntyre points out, Western values are not exempt from this rule. Values like “freedom” and its derivatives such as “freedom of expression” ought to be examined in light of their ideological underpinnings and limitations.

An example of a non-neutral construct is the notion of “freedom of speech”. What are its origins, its limitations, and what is the Muslim perspective on “free speech”? Academics and thinkers in the West have long disputed the notion of “free speech” as being an essentially contested concept. These include thinkers such as Stanley Fish and Talal Asad among others.

Accordingly, we can ask: What are the limitations imposed on notions of “freedom” by their underlying secular norms and assumptions? The idea of “free speech” has its origins in the Kantian idea of an open-public and “neutral” space which provides a platform through which autonomous and rational individuals could engage in debate and dialogue. According to the ideologues of the Enlightenment, the public space would serve as a platform through which Secular values and legislation could be produced. In other words, freedom of speech is an ideological product of the Secular epistemology which emerged during the Enlightenment. More so, freedom of expression was posited as a medium through which Secular reason and discourse could be channeled. Having explicated its ideological-historical origins and the ideological function of the “public-space” – it becomes all the more clear that the so-called “neutral” public space is not a neutral and open one at all, but rather it is fundamentally demarcated by a hegemonic ideology and bound by its normative commitments.

How do we engage with the West?

Having explained that all values cannot be delinked from their ideological and historical context, how do Muslims pro-actively engage with other civilizations and societies? We must distinguish between neutral constructs such as technologies, and conceptual constructs such as political values. The former is a product of our empirical faculties and is universal, whereas the latter is informed by underlying ideological assumptions. This is illustrated clearly in the pedagogy of Mūsā (ʿalayhi al-Salām) in rejecting the construction of idols for his people, and examples of adopting neutral constructs can be derived from the history of the Caliphs with ʿUmar (raḍiy Allāhu ʿanhu) adopting the administrative structures of the Persian empire. To begin with, what is technology? And what is scientific progress?

“systematic knowledge of the physical or material world gained through observation and experimentation.”

It is not however based on the extent to which one is Islamic, Secular or Communist. Therefore, by merely looking at the definitions and the nature of technology and science we can see that it is indeed a product of the human intellect and not an exclusive product of the Western ‘mind’. Definitions aside, history provides another explicit example of this reality; numerous civilizations which preceded the rise of the ‘West’ were advanced. Take for example, the Islamic civilization whose discoveries and findings paved the way for the scientific advancements of the European enlightenment. There was nothing ‘Secular’ or ‘Western’ about the Islamic civilization. The Philosopher Bertrand Russell explains that:

“Our use of the phrase ‘The Dark ages’ to cover the period from 699 to 1,000 marks our undue concentration on Western Europe… From India to Spain, the brilliant civilization of Islām flourished.  What was lost to Christendom at this time was not lost to civilization, but quite the contrary… To us it seems that West-European civilization is civilization, but this is a narrow view.”[1]

And while technology and our mental capacities tell us what we can do, our morals, ideology and concepts tell us what we ought to do. For example, we have the technological capabilities to create massive worldwide networks, but should we use this capability for surveillance? We have the scientific and technological capabilities to compress atoms, but does this mean we should create atomic bombs? This is where ideology and morals come in.

As a Muslim community we must boldly set the parameters for engagement without falling into reactionary discourses or apologetic tropes. To do so we must delink science and technology from modernity whilst recognising the biases of Western values. In turn this would allow Muslim communities to counter demands for integration in a more objective and principled manner. A positive and critical engagement as such cannot be reduced to merely joining the Paris marches or adopting counter-productive hashtags – what is required is far more radically altering. This will require major efforts on part of the Muslim community’s scholars and intelligentsia who are entrusted with leading our critical engagement with the West. The process is not merely an intellectual one but will also involve the gruelling task of soul-searching and re-appropriating our identity. 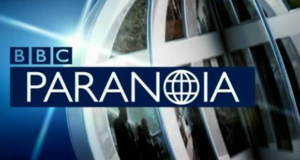 Reem is a journalist, researcher and graduate from the University of London. She is currently studying for a Masters, and her areas of interests include but are not limited to Education and Current Affairs.