Throughout the years King Charles III has shown his appreciation of Islam. Here are a few times the King has praised Islam.
News 13/09/20222 Comments8 Mins ReadBy Aneesah Rasheed 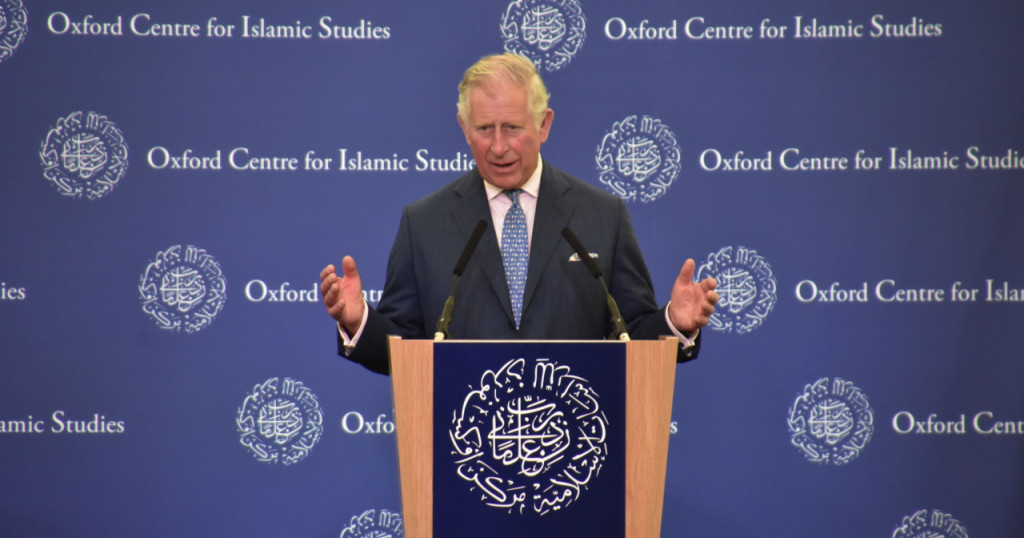 Following the death of Queen Elizabeth II, the accession of King Charles III to the throne has been dominating airwaves in an unprecedented fashion. This has prompted a race to understand more about the new ‘Head of the Commonwealth” containing 2.4 billion people across the world, drawing Muslims into the vortex, too. Among this coverage has been the curious fondness and appreciation he has shown for Islam over the years.

The new king’s appreciation of Islam is well established for those who have followed his career over the long years of his time as Prince of Wales. His positive attitude towards Islam, is indeed something rare in the governing classes of the United Kingdom and is undoubtedly appreciated by Muslims, particularly considering the overabundance of Islamophobes in the ruling establishment attempting to make daily life more and more difficult for Muslims across the board.

In a speech given at the Oxford Centre for Islamic Studies—of which he is a patron—King Charles gave a speech entitled ‘Islam and the West’, in which he sated:

Charles goes on to say:

It is here King Charles highlights a sentiment rarely appreciated in the Western world:

King Charles is not only praising what Islam has bought to the Modern European world, but emphasising that Islam is an intrinsic part of European history, and its growth was influenced by Islam:

King Charles also praised Islam in 1996 in his speech; ‘A Sense of the Sacred: Building Bridges Between Islam and the West.’ Here he discusses the value of bringing together different civilisations, and the lessons to be learn from appreciation Islamic traditions.

And in April this year, the King praised Ramadhan and spoke admiringly about the sacrifices Muslims make during the holy month.

He has also praised many Muslim scholars and authors such as Rene Guenon, Seyyed Nasr and Martin Lings. In particular, when Martin Lings’ book “A Return to the Spirit” was published after his death, King Charles wrote a letter of admiration in which he praises a book written by a prominent English convert, about the last Prophet sent to mankind:

Kings Charles is not a closet Muslim, but clearly literate in some aspects of Islamic thought probably unparalleled in the history of the British Monarchy, being described as an “Islamophile” by some:

Others have been questioning this special pleading for Charles’ appreciation of Islam. While he appears to be in little need of such good will, the same cannot be said for other prominent figures in UK public life who have likewise expressed an appreciation for many aspects of Islam but have also been publicly maligned.