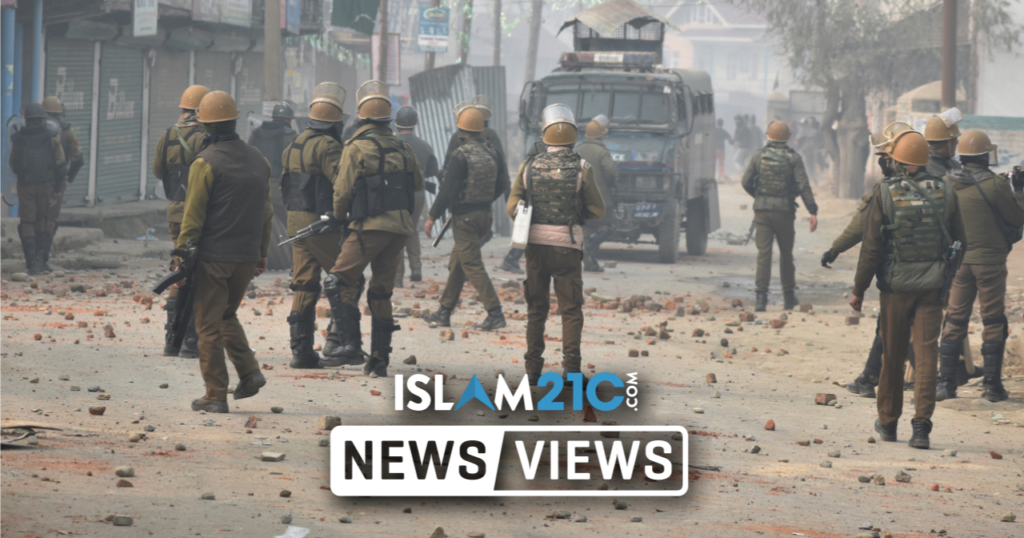 The Labour Party have unanimously passed an emergency motion on Kashmir at an annual party conference in Brighton, urging a representative to “demand the restoration of human rights” at the United Nation’s Human Rights Council (UNHRC).

On Wednesday 25th September, Labour delegates stated that a “major humanitarian crisis” is taking place in Kashmir and that its people “should be given the right of self-determination in accordance with UN resolutions”. [1]

The motion was submitted by British-Pakistani Uzma Rasool, a delegate from Leyton and Wanstead CLP, and in an interview with World News TV, she announced her satisfaction in being able to pass an emergency motion, despite facing an initial rejection from the party. [2] During the conference, she declared that Kashmir had seen “72 years of human rights violations, of gang rapes and mass rapes state endorsed by armed forces, and pellet gun injuries”. [1]

“This is now a major crisis. We cannot allow a century of oppression to take place. For too long we have said Kashmir is a bilateral issue, but the Kashmiri people need intervention.” [1]

Labour MP Naz Shah supported the motion and pleaded for others to join her. In her speech, she reminded delegates of the “complete lockdown” that the region had been in for the last two months.

“There is no communication with the outside world. 750,000 Indian military personnel are placed on guard in the most militarised region in the world, barbed wires cover the city, political leaders are under house arrest, and there are reports of the most horrific human rights abuses, with midnight raids, torture, rape, and murder. The path to genocide in Kashmir is opening up and the world is silent.” [3]

The motion also asked Jeremy Corbyn to meet the high commissioners of India and Pakistan “to prevent a potential nuclear conflict”. The Labour leader had previously condemned the lockdown in wake of Article 370’s revocation:

The situation in Kashmir is deeply disturbing. Human rights abuses taking place are unacceptable. The rights of the Kashmiri people must be respected and UN resolutions implemented.

Hours after the announcement of the emergency motion, MEA Spokesperson Raveesh Kumar announced India’s refusal to engage with the Labour Party on the issue of Kashmir, saying:

“Government has noted certain developments at the Labour Party Conference on September 25 pertaining to the Indian State of Jammu and Kashmir. We regret the uninformed and unfounded positions taken at this event.” [4]

The High Commission of India has also reportedly cancelled an annual dinner with Labour Friends of India that had been scheduled for next Tuesday.

In August, India’s BJP-led government revoked Article 370, which gave Kashmir the right to “its own constitution, a separate flag, and freedom to make laws”, after deploying tens of thousands of troops into the region, closing schools and colleges, and suspending phone and internet services. It is also reported that journalists and political leaders are placed under house arrest. [5] The panic arose after the cancellation of a major Hindu pilgrimage and the request for tourists to leave the region.

“The reality on the ground is clear. Kashmiris are the ‘other’, whose lives need to be regulated. Adding to their fear is a deliberate policy…With a Hindu majoritarian party in power in India, the antagonism against Kashmiri Muslims has come out in the open, legitimised in the public sphere with due complicity of the state.” [6]

May Allāh (subḥānahu wa taʿālā) protect the people of Kashmir and free them from oppression. Āmīn.