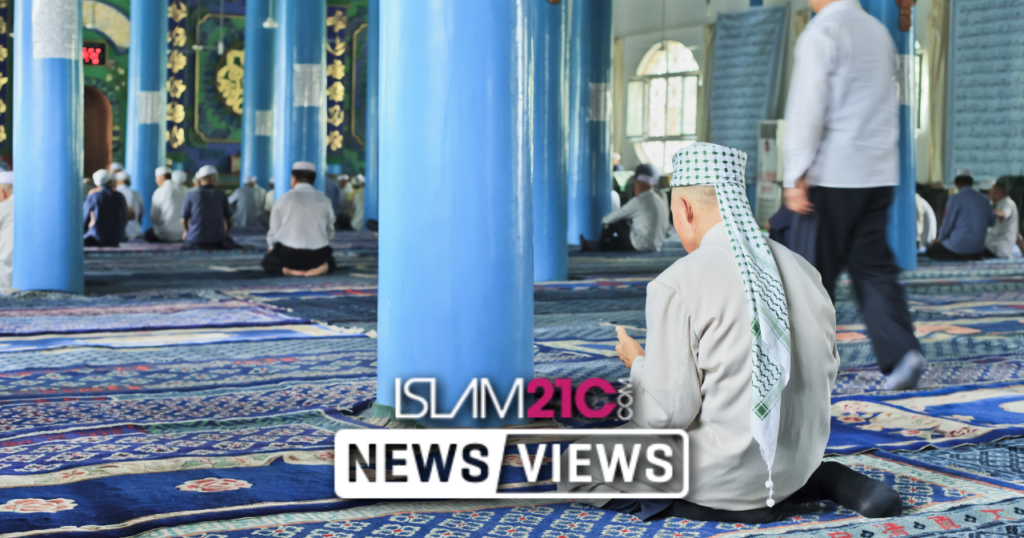 An Uyghur man who had been legally residing in Sharjah, UAE, was arrested last week by Emirati police as he left the Abdullah bin Rawaha Mosque where he worked as a muazzin (caller to prayer).[1] His wife said that no explanation was provided during the random detention, and that she did not hear from him until three days later when he called to say that he was to be sent back to China, despite having not lived there for a number of years.

The Chinese government has been under increased scrutiny for their repression of the Uyghur community, which has dramatically worsened in the past 12 months. It is said that over one million Muslims are being held indefinitely in so-called “re-education camps”, where there are reports of torture and force-feeding of pork and alcohol.[2] The Xianjiang province is notorious for its banning of fasting, the Qur’ān and prayer mats,[3] the practice of digital surveillance, and forced marriage of Muslim women to ethnic Han Chinese men;[4] all of which are carried out in the name of “counter-terrorism”.

The muazzin, Abudujilili Supi, was known as a student of knowledge, having spent four years in Cairo studying Arabic and Islamic Studies before moving to the UAE.[5] His brother told Al Jazeera that he believed the arrest reflected China’s aim to extend its persecution of the Uyghur community to those living abroad. However, such a move can naturally only be achieved with the complicity of the nations in which these individuals reside.

In July this year, during Chinese President Xi Jinping’s visit to the UAE, a new comprehensive strategic agreement was announced which included enhanced cooperation on counter-terrorism.[6] It is believed that Abudujuili Supi’s arrest is a result of this agreement.

A leading expert on Islām in China, Rian Thun, explained to Al Jazeera:

“In virtually all cases of Uyghurs returning home, they are sent to the mass internment camps.”

“Uyghur exiles are well aware that they are much more likely to be protected from China if they are in the European Union, Canada, or the United States, than they are in almost any Muslim majority country.”

This comes amidst a growing trend of the Emirati government seeming to side with governments against Muslim causes. An example of this is from the recent reports of cooperation between the Emirati leadership and Zionist settlers to purchase homes in the vicinity of Al-Aqsa, offering huge sums of money to buy them from local Palestinians.[8]

In an unrelated incident earlier this year, Palestinians rejected Ramaḍān meals donated by the UAE government, claiming that the Gulf state’s relationship with the Zionist regime aided the Israeli occupation of Palestine.[9]

Mr Supi’s wife has fled to Turkey in the meantime, where it is expected that she will be safe from anti-Muslim persecution.

Last week Pakistan became one of the first Muslim countries to publicly criticise China over its treatment of Uyghur Muslims. Whilst it remains simple rhetoric for now, it is seen as a move in the right direction. [10]