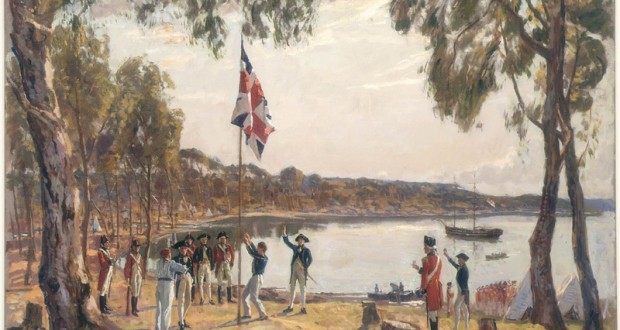 Australia Day; a day of progress, a day of fireworks and laser shows, a day of communities gathering, unified in celebration of what makes Australia great – or so they would have us believe.[1] The truth of the matter is that Australia Day marks the anniversary of conquest, slaughter and invasion. For the indigenous people, January 26th is Invasion Day and marks 229 years of genocide.[2] It is a Day of Mourning.

For the British powers, Australia was terra nullius – land belonging to no-one (read: no one important), and they therefore felt justified in colonising the country without a treaty or any recognition of the rights of indigenous people to their land.[3] In 1788, the First Fleet of British Ships arrived, and Captain Arthur Phillip raised the British Flag in a symbol of British Occupation.[4]

On this day, 229 years ago, British fleets invaded what is now known as Australia, beginning a systematic extermination of its indigenous people that was to last hundreds of years. Like other victims of Western imperialism, the indigenous people were regulated under legislation until the 1960s and legally hunted like animals. Their children were also often taken from their families and put into abusive residential schools to ‘integrate’ them into ‘modernity’ and instil within them ‘superior’ Western values.[5]

In an article titled ‘Black History did NOT start with Slavery’, Dawwud Loka emphasises the rich history of a native people before colonial rule.[6] Such is the case with the indigenous people of Australia. Theirs is a history of tradition, beliefs, progress, foreign trade and hospitality. Trade? Hospitality? Who would deign to trade with the ‘lowly natives’? Which naval fleet would come upon this terra nullius and see people, deserving of their own land and equals in terms of business, and leave without propping up their flag? It was the Muslims. Anthropologist John Bradley from Melbourne’s Monash University explores the success of their international relations pre-British colonisation.

“They (the Muslims and the Aboriginal people) traded together. It was fair – there was no racial judgement, no race policy.”[7]

Few Australians are aware that the country’s Aboriginal and Torres Strait Islander peoples had regular contact with foreign Muslims long before the arrival of Christian colonisers. Muslim fishermen rode over on Indonesian fishing boats from the trading city of Makassar.

They made annual trips to gather the sea cucumbers, which fetched a high price because of their important role in Chinese medicine and cuisine.  The Makassan Muslim cucumber traders stayed, married Aboriginal women and left a lasting religious and cultural legacy in Australia. Alongside cave paintings and other Aboriginal art, Islamic beliefs influenced Aboriginal mythology.[8]

The first Muslims to settle permanently in Australia were the cameleers, mainly from Afghanistan. The Muslim camel men worked the inland tracks and developed relationships with local Aboriginal people. Intermarriage was common and there are Aboriginal families with surnames including Khan, Sultan, Mahomed and Akbar. Muslim Malays worked as labourers in the pearl-shelling industry. They, too, formed longstanding relationships with the indigenous people they met. A significant number married local Aboriginal women, and today there are many Aboriginal-Malay people in the top end of Australia.[9] Unfortunately, Muslim trade with the indigenous people ended when heavy taxation and government policy restricted non-white commerce.

John Bradley describes his findings of the Aboriginal tradition infused with Islamic heritage, a memento of a peaceful, progressive time before Western Colonisers took their land, took their women and established themselves as superior.

“If you go to north-east Arnhem Land, there is [a trace of Islam] in song, it is there in painting, it is there in dance, it is there in funeral rituals… It is patently obvious that there are borrowed items. With linguistic analysis as well, you’re hearing hymns to Allah, or at least certain prayers to Allah.”

And Islam continues to exercise an appeal for some Aboriginal peoples today.[10] Muslim conversion is growing in indigenous communities. In the 2001 national census, 641 indigenous people identified as Muslim. By the 2006 census the number had climbed by more than 60% to 1,014 people.[11] In a research paper on Islām and its role in returning pride to the indigenous Australian people, Dr Peta Stephenson, Honorary Fellow of the University of Melbourne, found,

“The Indigenous Muslims […] perceive a neat cultural fit between their traditional Indigenous beliefs and the teachings of Islām. Many hold that in embracing Islām they are simultaneously going back to their Indigenous roots.”[12]

A participant in Stephenson’s study said that Islām does not just say “you’re Muslim, that’s it. It recognises we belong to different tribes and nations. So it doesn’t do what Christianity did to a lot of Aboriginal people, [which] was try and make them like white people.”

There are also gender-specific reasons why Islām appeals to indigenous women and men. Indigenous women have long been stereotyped as sexually available, and suffer disproportionate levels of abuse. Wearing the hijāb is a practical as well as symbolic deterrent to unwanted attention. As a public expression of the importance Islām accords the family, it also appeals to indigenous female converts who, against the backdrop of a long history of family break-up, want to offer their children security and stability.

A similarly nuanced set of arguments surrounds the appeal of Islam for indigenous men. The Islamic notion of “universal brotherhood” and its disavowal of racial distinctions lead to a growth in self-esteem that has a significant influence on the way they think about their roles as husbands and fathers. The attraction of Islām for many indigenous men is that it recognises the importance of defined leadership roles for men in their families and communities. These roles have largely been lost through racism and the ongoing legacy of colonisation.[13]

For some Aboriginal converts, Islām offers a fresh start; a detachment from the horrors that have stripped them of their inheritance and the crisis of identity and dependence they experience as a result. One gentleman was once homeless and an alcoholic, but he found the Islamic doctrines of regular prayer, self-respect, avoidance of alcohol, drugs and gambling all helped him battle his addictions. He has now been sober for six years and holds down a steady, professional job.

“Where is my culture?” he asks. “That was cut off from me two generations ago. One of the attractive things about Islam for me was that I found something that was unbroken. When I found Islam it was the first time in my life that I felt like a human,” he says. “Prior to that I had divided up into ‘half this, quarter that’. You’re never a complete, whole thing.”[14]

Regardless of whether it is the new hope it offers people now, or the goodness it brought in the past, what is clear is that across generations and across land and sea (Australia included), Islām has existed as a light; a beacon of peace, progress and enlightenment. It was not Islām which left a legacy of enslavement and exploitation; this is the legacy of Western Colonisers. Islām left a legacy of tolerance, integration and trade. Skin colour was not an issue for the Muslims; this was a sickness which existed in the minds of the Western Colonisers.

The Muslim people honoured the indigenous people in pre-colonial Australia, and the Muslim people mourn with them today. Australia Day, by all moral accounts is not a day of joy. On this day we mourn the stripping of their independence, the loss of their land, the violation of their rights, and we condemn the celebration of their suffering.

Ayshah Syed studied English at Goldsmiths University of London, followed by a Masters in Comparative Literary Studies. During her years at university she became involved in da'wah, volunteering for various Islamic organisations. She has studied Arabic and works as an English-Spanish translator. She recently edited 'Meadows of the Divine: 40 Prophetic Traditions on the Virtues and Rulings of the Qur'an' by Sheikh Alomgir Ali, as well as other projects and publications for MRDF. She is currently working as Editor for Islam21c. 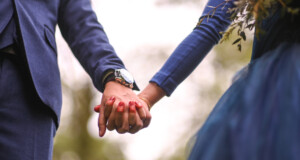 The Boy that Changed the World