#ToddlerTerror: How to Spot a Terrorist Toddler 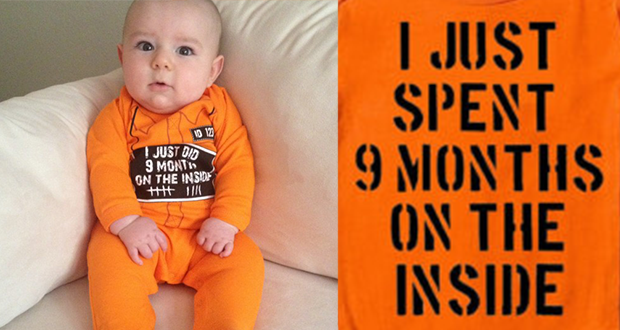 In a seemingly desperate attempt to flog the dead horse, PREVENT, the Home Secretary Theresa MayCarthy has done something remarkable. Again. Under the proposed new Counter Terrorism and Security (CTS) bill she is trying to get through parliament to get even more powers of arbitrary arrest, detention, passport confiscation and other patriotic services to the nation, nursery school staff and registered child-minders will be recruited as spies for her and have to report toddlers “at risk of becoming terrorists.”[1]

However, academics, journalists, politicians, head teachers, human rights and due process advocacy groups and all manner of annoying people with common sense are trying to spoil Theresa’s fun again.[2][3][4][5][6] Some are bringing up tedious contentions like the lack of any objective definition of ‘extremism’, ‘radical’ and even ‘terrorism’. Others are highlighting inconvenient facts such as the measures being “unworkable” and “heavy-handed”, open to subjective and arbitrary application, accusing the whole thing of being another tool to create hysteria and suspicion vis-a-vis the British Muslim community. Yet other irritating smart alecs are pointing out the fact that these measures are based on the bogus “conveyor belt” to violent extremism thesis, which the know-it-all boffins from all over the place have refuted time and time again. You know, that same type of fear-mongering conveyor belt theory that luckily warned us a century ago that left-wing protest would lead to violent anarchy.[7]

There are indeed those loyal constables and general commenters who point out that Theresa’s new measures may not be as ridiculous as they sound. After all, as Sir Peter Fahy mentioned on a lively discussion on Islam Channel last night,[8] just like nursery staff should be on the lookout for signs of sexual abuse or violence at home, likewise they should be on the lookout for signs of “extremism” at home, such as children “coming into nursery and saying they hate Jews, or Muslims for that matter”. Unfortunately, the measures proposed by Theresa have nothing to do with these examples – clear examples of such child abuse, racism, bullying and so on are already highlighted by teachers who take appropriate action.

The whole hullabaloo about these new plans is that the general public are to be legally obligated to make snap judgements as to what is and is not non-violent, “extreme” behaviour, because the government refuses to do so, thus promoting a perpetual climate of fear, distrust and confusion that, by design, will never recede. We have already been informed of examples of previously A* students being channeled into de-radicalisation programmes, disrupting their studies, because they made statements as innocuous as “interest would be forbidden in an Islamic economy.”

“What we’ll find in the coming years is that the only time people will be engaging with PREVENT is by force of law. You’re not winning hearts and minds, you’re actually just enforcing a particular political opinion under the threat of the law, and that doesn’t create a society where debate is welcome, you’re actually creating an Orwellian, totalitarian state.”

This is all reminiscent of Boris’ blunderous suggestion last year that ‘extremist’ parents (again, no definition) should have their children taken away, which famously led to the #SignsOfARadicalBaby ridicule.[9][10] It also reminds us of the similarly remarkable request to Muslim mothers to spy on their children, and Muslim wives to spy on their mischievous “extreme” husbands (again, no definition).[11] It is also rather like the Demon Neocon Headmaster Michael Gove’s Trojan Hoax fiasco that saw ideologically motivated inspectors going into schools to specifically interrogate young Muslim children with childishly loaded questions like “Is Sharia Law more important or English law?” and “What do you think about homosexuals?”[12] Even Nicky Morgan, the woman that replaced him when he got fired, seems to have kept his tradition alive. As soon as she came in she kicked up some healthy, paralysing fear and hysteria warning us that nurseries are hotbeds of “extremism”, and that toddlers that could not even say their names properly should be taught “British values” (whatever they are).[13] Am I being paranoid or are we seeing a pattern here?

Regardless of how unbelievable these measures are, and how much suspicion and scaremongering they lead to, and how much hard work at intra-societal, bridge-building they playfully undo, and how many civil liberties they cause us to part with; we at Islam21c would like to offer some concrete advice on how to actually spot signs of radical children that are not British enough, to provide something that Theresa and her friends have, very tellingly, left out of the instructions: Objective Signs to Spot a Radical Child.

We have taken the expert advice of professionals (random twitter users) from all over the globe and distilled what we think is a golden checklist to see whether your child should be handed over to the Home Secretary and her friends, who, of course, have a great track record when it comes to protecting children.[14] Oh, wait…

Signs of a terrorist toddler:

When he reaches for the samosa instead of the scone #ToddlerTerror

Asks where the prayer room is #SignsOfARadicalBaby

#SignsOfARadicalBaby learns ا ب ت before A B C…

Looking at CV's of potential extremists to sign up from nursery #ToddlerTerror pic.twitter.com/6lYLqKpQsE

Eat with your right hand #SignsOfaRadicalBaby

When your niece doesn't sing along to the national anthem #ToddlerTerror

My nephew has chicken pox and decided to rub his hands on my face on purpose. A clear biological weapons attack #ToddlerTerror

Looks down whilst walking the alcohol isle in the supermarket = report ASAP. #toddlerterror

Should I report this child's dollhouse that looks like the scene of an anti-terror raid? #ToddlerTerror pic.twitter.com/Bfd464KB8I