More Than One in Three Rohingya Refugee Sisters Raped 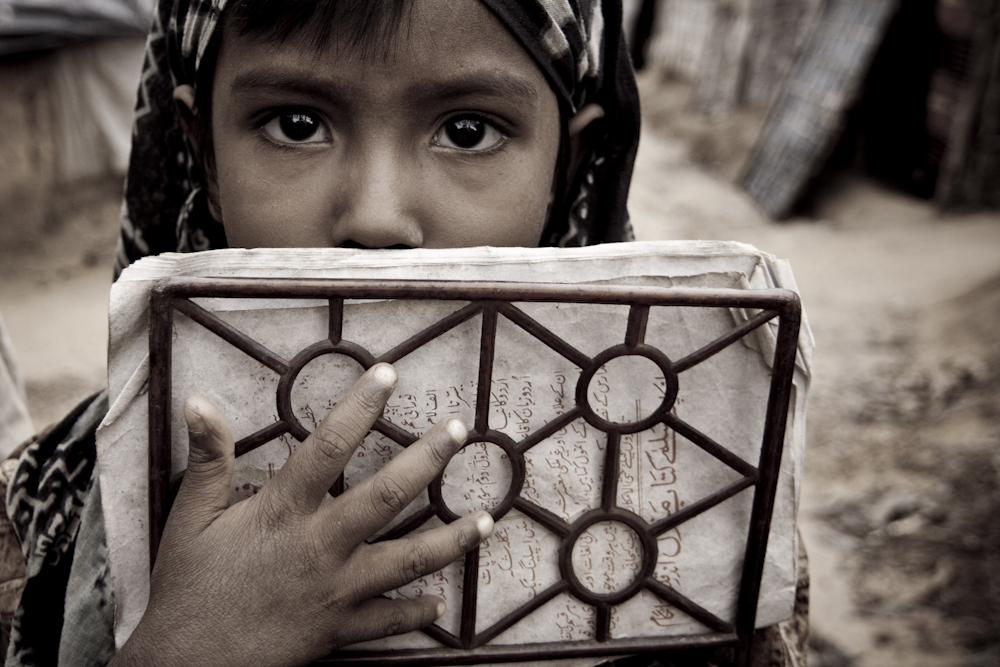 One in three women interviewed by BenarNews this week in Bangladesh’s refugee camps for Rohingya Muslims who fled violence in Myanmar claimed they were raped by security forces before their escape.

A BenarNews correspondent, who spent four days visiting the camps in southeastern Cox’s Bazar district, reported that 17 of the 54 Rohingya women she interviewed said they were raped while Myanmar’s military launched a brutal crackdown in northern Rakhine state, after nine police officers were attacked and killed by an armed Rohingya insurgent group in October.

Numerous reports of rape and other atrocities had emerged since the post-attack crackdown, which led to some 65,000 Rohingya entering Bangladesh, but this is the first time that numbers were cited based on random surveys of the extent of sexual assaults on women.

Refugees who spoke to BenarNews also described a wide range of other abuses, including torching of their homes and animals, beatings, and killings of loved ones.

The perpetrators, often operating at night, were members of the military or the Nadala, a uniformed paramilitary force, they said.

Setara Begum, 24, a refugee in Kutupalong camp, said security forces snatched her one night as she was eating dinner in Naisapro village, in Maungdaw district, and took her to some nearby hills where she and some other local women were “tortured by turns.”

“Failing to bear the barbaric torture, two women died there. I somehow managed to flee after being raped,” she told BenarNews.

“They stripped me, beat my breasts and body; then they did whatever they desired,” she said.

Her husband rescued her hours later. By that time, the security forces had burned their home, according to Begum. They hid in the hills for several days.

“I could not eat rice for 10 days; my three children survived eating leaves. Coming to Bangladesh, they can eat here,” said Begum, who crossed the border on Jan. 13.

Myanmar has come under international fire over the alleged mistreatment of the ethnic minority. On Thursday, representatives of 57 Muslim nations held an extraordinary meeting in Kuala Lumpur to focus on the humanitarian crisis gripping the Rohingya Muslim community.

Malaysian Prime Minister Najib Razak warned that Islamic extremists could use the plight of the Rohingya, who are considered illegal immigrants from Bangladesh by Myanmar’s Buddhist-majority population, as a way to radicalize the minority group, which is denied basic rights.

A commission appointed by the government of Myanmar has rejected accusations that its military was committing genocide in Rakhine villages, which have been closed to Western journalists and human rights investigators.

But earlier this month, in a rare official acknowledgment of the security forces’ abuses, several police officers were detained over a video that appeared to show policemen beating Rohingya during a security operation.

“Aung San Suu Kyi and her government apparently lack the political will to confront its security forces about their actions,” said Phil Robertson, deputy Asia director of U.S.-based Human Rights Watch (HRW), calling for an independent, international investigation of the allegations of rights abuses in Rakhine.

HRW’s own investigations have uncovered that numerous women have suffered rape and sexual violence at the hands of the security forces, “yet the government continues its crude denial games rather than seriously investigating these grave rights abuses,” Robertson told BenarNews.

The 17 women who were said they were raped ranged in age from 16 to 31. They gave their full names to BenarNews.

‘They pushed me with guns’

Nur Jahan, 31, another refugee who spoke to BenarNews, said she was raped three weeks after soldiers took her husband from their home. He remains missing.

“On December 14 last year, two [military personnel] tightly caught me and the other raped me; thus all of the three violated me inside my room. I got unconscious; I do not know whether more people raped me,” said Jahan, from Naisapro Noarbil village in Maungdaw.

She said she reported her ordeal to a local leader when he visited the village; after he left, the military encircled her house. She went into hiding and fled to Bangladesh, where she said she received medical treatment.

“My body got swollen due to their torture. I was admitted to the hospital as I could not bear the pain,” she said.

Senoara Begum, 19, living in the Leda refugee camp, said she was heavily pregnant when she was raped. She cradled her baby, born after she arrived in Bangladesh, as she spoke.

“They pushed me with guns. I was pregnant for eight months at the time but they did not spare me, and bit my cheek,” she said. A human bite mark was visible on the left side of her face.

“They held [my husband] and took him away. Then they took me away to a room and raped me,” she said.

“Generally it is true that raped women are coming every day. A lot of the raped women also don’t disclose rape issues, because of shame. But I can say the number of rapes is really huge,” Tayeb Ali, leader of the Kutupalong unregistered Rohingya camp, told BenarNews.

“Every day, new Rohingya are taking shelters in almost each of the houses of this unregistered Rohingya camp. Out of them, the number of raped women is huge. Along with old Rohingya, we are providing primary treatment to new Rohingya too,” said Samira Akter, with the medical NGO Bangladesh German Shompreeti (BGS) at Leda camp.

Prior to the influx of Rohingya following the recent violence, about 35,000 refugees lived in two UN-registered refugee camps and 300,000 more in vast unregistered settlements immediately adjacent, where homes are constructed of bamboo and plastic and roughly 5,000 people have access to a single water source and latrine, as witnessed by a BenarNews correspondent.

“The number of new Rohingya only in this camp is more than thirty thousand. Out of them, a lot of women are rape victims. The nature of the torture on them is very cruel,” a worker with the U.N. refugee agency (UNHCR) in Noyapara Rohingya Camp told BenarNews on condition of anonymity. “There are also incidents of abortions and miscarriages due to the rape of pregnant women.”