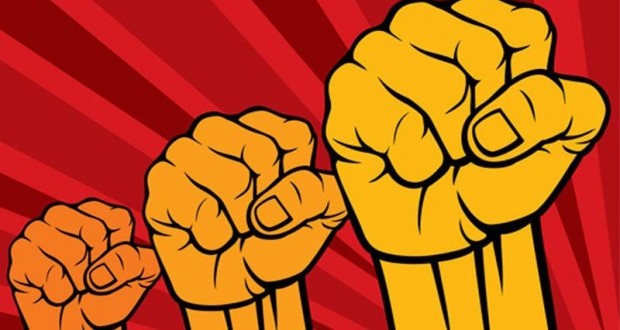 Scroll down for an interactive timeline of articles published over the last twelve months addressing problems from within, hostility from without and the empowerment of our community.

Be it bittersweet introspection addressing the skeletons in our community’s closet, stemming the tide of hostile false narratives and myths, or empowering the community with practical guidance and tools, Islam21c has been honoured to have been used as a means for the growth and nurturing of the community over the last 12 months.

Over the year our community’s thinkers, scholars and activists have not shied away from addressing important issues in our own community. Shaikh Sajid Umar in his seminal article on the ‘celebrity fan culture’ surrounding some Islamic speakers generated a great amount of discussion.[1] Later in the year Shaikh Haitham al-Haddad tackled the controversial and sensitive issue of Islamic speakers charging money for da’wah,[2] and the many dangers that should be kept in mind in such a domain.

One of these areas was also focussed on in another article discussing a problematic statistic that another leading scholar in the UK highlighted: some mosques spending £150,000 on a minaret, whilst paying their Imams £15,000.[3] Indeed, the community’s reluctance to nurture and properly support students of knowledge and scholars is intimately linked to the problems related some feeling the need to charge money for Da’wah.

There were some important if not controversial fatwas that were also deemed necessary to highlight last year. In one, which was translated and shared across the world, “Israeli” dates were declared as being impermissible to buy, sell and consume, along with a practical list of those corporations that—secretly or openly—deal in such stolen produce.[4] Shaikh Haitham al-Haddad’s fatwa on the permissibility on so-called “student loans” also generated much interest and finally lay many misconceptions and confusions to rest.[5]

Last year also saw a palpable increase in the myths surrounding British Muslim “integration”, “extremism” and other hostile narratives of Otherisation sought by the well funded Islamophobia industry. Young Muslims were particularly in the crosshairs, with the “Regulating Madrasas Bill” in the final throes of death,[6] as well as Adib Bari speaking of The assault on university Islamic Societies.[7]

“A study over an eleven-year period from 1998 to 2009 showed that for every one moderate Muslim mentioned, there were an astonishing twenty-one extremists mentioned.”[8]

Meanwhile Abdullah Thomson highlighted the need for Muslims to engage with the average non-Muslim citizen that receives such brainwashing demonising Muslims and Islam.[9] He also declared himself a “non-Binary Briton”, cleverly addressing the hysteria stoked by neocons about some Muslims being “un-British” that even the Queen was “hoodwinked” into speaking about.[10]

Imran Shah argued why Muslims need to be masters of our own counter culture,[11] as well as highlighting the need for Muslim entrepreneurs asking: Where are the Muslim millionaires?[12] We were happy to help in a grass-roots survey into what influential Muslims actually believe in the Normative Islam Survey.[13] Like debunking any stereotype, illumination using facts and statistics plays a vital role.

Setting the record straight also requires us to do our part in sharing news that does not fit the normative medium of hostile coverage against orthodox Muslims and organisations in the corporate media. One such example was the Islamic Education and Research Academy (iERA) being vindicated after a three-year-long investigation by the Charity Commission.[14]

Last year also saw a welcome challenge to the way the government had dealt with so-called “Political Islam”, with some brave MPs in the Foreign Affairs Select Committee echoing some of the concerns we published earlier,[15] in response to a shockingly poor and clearly biased “investigation” into the Muslim Brotherhood.[16] Mukhtar Master also shared some good news of the community in Preston showing solidarity in the face of an EDL march.[17]

Abdullah Ladadwi spoke about a special type of ‘Hijra’ that Muslims need to think about,[18] whilst Abdulrahman Nounu gave some important advice for Muslims addressing the Work/Life/Death balance.[19] We also got some golden tips for beating procrastination,[20] and overcoming conscious and subconscious fears that prevent us from being active and facing the challenges of the 21st century.[21]

Dr Salman Butt also reminded us of the need for Muslims working in particular domains not to belittle the work of others, as the revival of the Muslim Ummah requires both a macro and micro level activism, addressing “The Caliphate Chicken & Egg,”[22] whilst Amera Farooq highlighted the conciliatory spirit of Islam and conflict resolution systems based on the sunnah of the Prophet (sallAllahu ‘alayhi wasallam).[23]

Scroll down for an interactive timeline of articles published over the last twelve months addressing problems from within, hostility from without and the empowerment of our community.