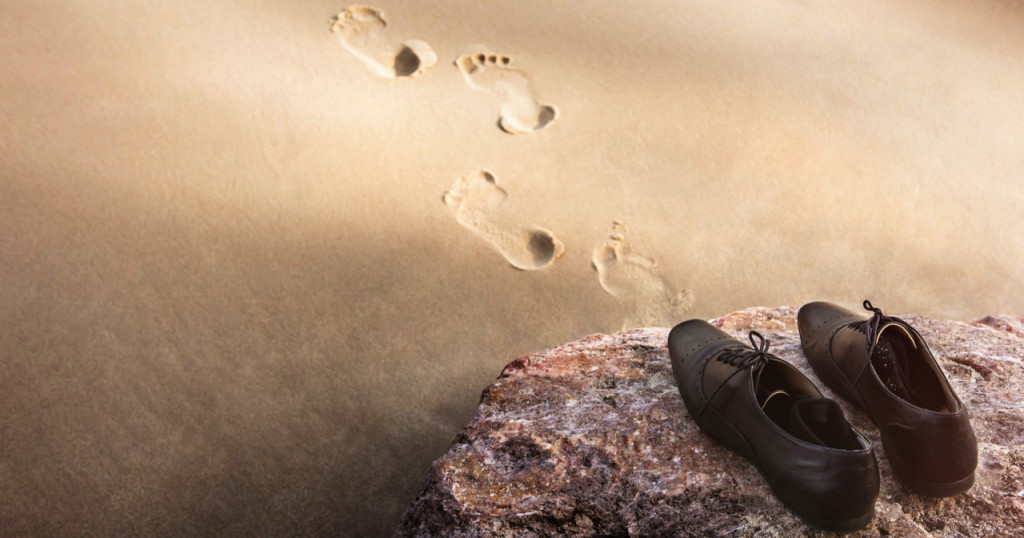 “And they brought his shirt, stained with false blood. He responded, ‘No! Your souls must have tempted you to do something. So beautiful patience! It is Allah’s help that I seek to bear your claims.’”[1]

The father of Yūsuf عليهما السلام was already aware that his sons were lying. How?

Because he knew the dream that Yūsuf عليه السلام had was an oath from Allah, and that it had not yet come to pass.

He could not get them to admit the truth or receive help from them to find out where Yūsuf might be, but he was confident in his knowledge that Yūsuf had NOT been eaten by a wolf.

Yūsuf’s father was not clouded in his belief; he had clear proof from Allah indicating that his son was alive, and he could see the situation for what it was through the lens of that knowledge.

Do we not also have clear proof given to us?

For those who learn and spend time understanding the Qur’an, they will start seeing and experiencing the world differently.

There is a quotation that says:

Every single one of us has been brought up with our own set of principles. This means that we all have our own version of what is wrong and right, which is defined by our own shades of subjectivity.

I may think that it is morally wrong to take 10 croissants at a buffet breakfast I have paid for (so I can eat them for lunch as well). But you may opine that it is a perfectly acceptable thing to do, as there is no written rule that says you cannot take more than what you can eat.

I may believe that not telling the whole truth in order to get oneself out of trouble is very wrong. But you may think that since it does not actually constitute a lie, one may use it to their advantage in particular circumstances.

It is not just the principles that we have accumulated from our childhood which influence us, but more importantly it is what we centre our lives around that determines our choice of actions.

If I am a WORK centred individual and I have a date planned with my family, I may cancel it if I get a call from my supervisor asking me to come in for extra hours. Work (or money) is what I prioritise, so my decisions in life are based on that.

If I am a self centred person, I will choose whatever I feel like doing more at that particular moment, as my decisions are based on that which is most pleasing to my SELF at that given moment.

If I am FAMILY centred, I will definitely NOT cancel my attendance for the family event simply for extra work, as the former is what I prioritise.

Interestingly, decisions are not the only things that are influenced by our centres; we in fact also become emotionally responsive to the things that feed our centres. For example, if I am self centred and I GET that doughnut with pink frosting and sprinkles that I was really craving, then it puts me in a good mood. But if I do not manage to purchase it (because they sold out), then that will negatively affect my mood.

If I am family or home centred and the children do not behave and the house is a mess, then I become frustrated and upset. I have associated my own self worth with what I have centred to a certain extent; if things do not take shape in the manner that I desire then I feel like I am failing somehow, and that affects my mood.

People can shift between centres at different times as well. But since we are Muslims, we need to remember that we must move away from centring on other things and keep Allah at the centre of the decisions we make and the way we behave.

“And who is more astray than him who follows his desires without any guidance from Allah?”[2]

If we have an awareness of Allah at our centre, then the lens through which we see the world becomes so different.

Later on in the story of Yūsuf عليه السلام, the brothers turn back to Allah after realising the enormity of the error they had committed. They start readjusting their centre from one of SELF (using the excuse of wanting their father’s love to justify doing hideous things) to one where pleasing Allah is the priority. As a result, they ask their father to make duʿā’ on their behalf, so Allah would forgive them. This is because if Allah remained angry with them for their error, they risked losing both in this world and the Hereafter.

To cancel a family event that you COMMITTED to would not be right, because Allah asks us to uphold our promises.

But if you are in debt and extra work came up, then the ruling might be different if you sat down and discussed changing plans as a family, so you could work to pay off that debt. Such a decision would also be good, as the intention behind it would be to please Allah.

If you did not find the last sprinkled pink doughnut, no harm has been done. After all, has our rizq not already been pre-destined for us?

If you have centred your life on pleasing Allah, then you will be able to maintain your composure if your children soil the house or one of them breaks a glass (I am not certain, but maybe my household is the only one where glass items often break). With the right type of mindset, you will find the patience inside you to deal with the situation without losing your cool. It is not about the children or the house, but it is about showing Allah that you are trying your best in the circumstances that you find yourself in.

As for the specific case of Yūsuf’s father, it could be said that because he had his life centred around Allah, that allowed him to be able to control himself with his other children, even though they had done something so hurtful to him. He was still their father, and knew that he would have no chance to influence them if he reacted differently and disowned them all. After all, Allah had willed that he be their parent and guardian. Thus, even in the worst of circumstances, he does his very best to choose the course of action he thinks will be most beloved to Allah.

When you are correcting your centre, ask yourself: is not every step just another opportunity for you to please Allah?

For instance, you may be making a meal with annoyance, wishing you could be doing something else in that time. But as a Muslim, you should view that meal as being an opportunity that Allah has specifically given you, namely so that you get to feed other people and increase in rewards.

I keep saying this to myself when I have to discontinue my errands in order to take my child to the toilet. I used to think to myself, “Look what I HAVE to do…” But life really gets a lot better when I start thinking, “Look what I GET to do.” (Maybe I should have used a better example. Taking a child to the toilet is hardly something exciting. But thinking that Allah gave me this small human to look after is a pretty big deal, when considered carefully.)

And remember: you also have to look after yourself, and that is also pleasing to Allah. It is truly about finding balance.

Yes, you will often mess up, and that is not something to beat yourself up about. It is about trying your best and standing up again when you do mess up, as well as apologising if you get it wrong. Why? Because that is what Allah wants you to do.

“And whosoever fears Allah and keeps his duty to Him, He will make a way for him to get out (from every difficulty). And He will provide for him from sources he never could imagine. And whosoever puts his trust in Allah, then He will suffice him. Verily, Allah will accomplish His purpose. Indeed Allah has set a measure for all things.”[3]

You are now centring your life with Allah, and know that Allah has promised a way out for those who have taqwā (consciousness of Allah). So if you were given a way out that involved something that Allah dislikes, would you choose that over the promise of your Lord? Do you think that Allah would not uphold His promise to you?

You will often be tempted to take other ways. But when you hold onto what you understand and apply the knowledge that Allah has given you, then Allah Himself will give you a way out that YOU did not even know was possible. Allah NEVER breaks His promises.

This is just one example of looking at life through the lens of the Qur’an.

So the moment you wake up tomorrow, do not forget to re-centre and ask yourself:

Reach out and put on your Qur’an glasses. And trust me, you will find yourself looking at the world in a whole new way.