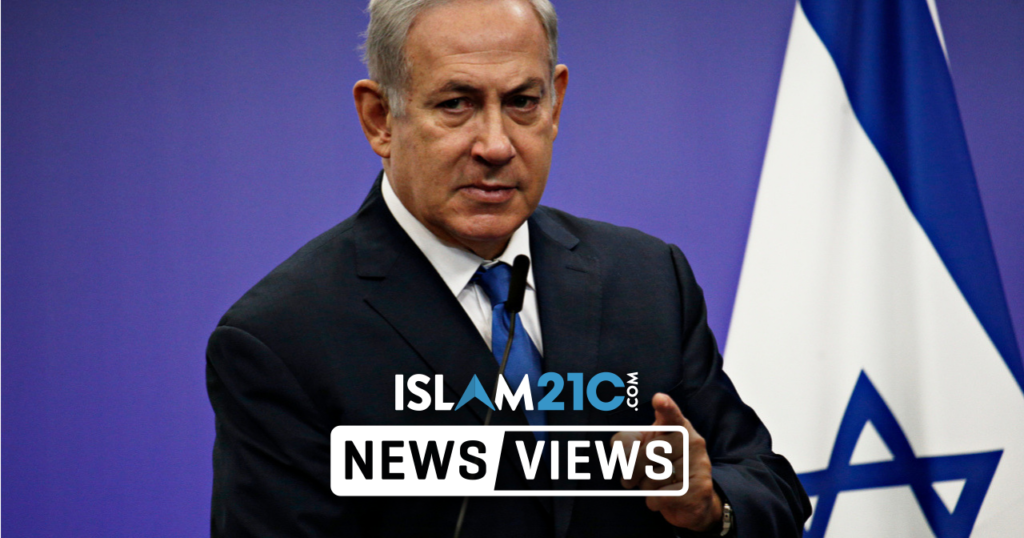 Corruption charged, incumbent Prime Minister Benjamin Netanyahu has declared victory in the Zionist State’s Legislative Elections after mustering the support of ‘extremist’ parties in, what is to become, yet another far-right government.[1] In the close contest between his Likud party and Benny Gantz’s Blue and White party, ‘Israelis’ cast their votes to choose the next head of the entity’s 21st Parliament (Knesset) since the creation of the Zionist State. The two main parties secured 35 seats a piece in the election, but the right-wing bloc from the 2015 coalition is likely to lend its support to Netanyahu, passing the 61-seat threshold needed to form a government.

The 2019 election was called in early, in an attempt to avoid the collapse of the Netanyahu government following its scuppered 2018 ‘special operation’ against Gaza, which resulted in the resignation of Defence Minister Avigdor Lieberman and the subsequent altercation over this position in the radical bloc.[2]

Polls opened at 7am and closed at 10pm. More than 10,700 polling stations were made available, inviting Zionist settlers, living in illegal settlements in the West Bank, to cast their vote. The elections, however, barred 4.8 million Palestinians, who live under military occupation in the West Bank, Gaza Strip, and East Jerusalem, from participating. As voting began, there were reports that right-wing activists of the Likud party had installed 1,200 body cameras at polling sites in Arab majority areas, seemingly to spy on their voting behaviours.[3] Judge Hanan Melcer, chairman of the Central Elections Committee (CEC), filed a complaint to the police after receiving these reports, and the cameras were apparently removed.[3]

Benjamin Netanyahu, and his right-wing Likud party, was pitted against 37 other parties and candidates, most notably Benny Gantz, the former army chief of staff, and his White and Blue party, Neftali Bennet, the former education minister, and his far-right New Right party, and Moshe Feiglin with his ultra-nationalist Identity party.

The election campaign was marred by racist rhetoric, seeing the foremost candidates attacking Palestinians to garner more support. On April 7th, Netanyahu vowed to annex the illegal settlements in the West Bank, an act that would cement the illegal colonisation of Palestinian land.[4] The incumbent Prime Minister, who already faces corruption charges of bribery, fraud, and breach of trust[5] has, according to critics, killed any remaining “delusion about a two-state solution”[6], saying:

“You are asking whether we are moving on to the next stage – the answer is yes; we will move to the next stage. I am going to extend sovereignty and I don’t distinguish between settlement blocs and the isolated settlements…From my perspective, any point of settlement is Israeli, and we have responsibility, as the Israeli government. I will not uproot anyone, and I will not transfer sovereignty to the Palestinians.”[7]

Netanyahu’s statement comes shortly after Trump recognised Zionist sovereignty over the illegally occupied Golan Heights, which had been captured from Syria in 1967 and annexed in 1981, and the American recognition of Jerusalem as the Zionist State’s capital.[8] According to Palestinian Chief Negotiator, Saeb Erekat:

Over 600,000 ‘Israelis’ now illegally reside on appropriated Palestinian land. The building of settlements is considered illegal under international law and continues despite multiple condemnatory resolutions passed by the United Nations. Over 750,000 Palestinians were expelled from their towns and cities throughout Palestine when militant Zionist groups (the National Military Organization, Defence, and Fighters for the Freedom of Israel) declared the state of ‘Israel’ in 1948.

As many cast their ballots to those politicians least inclined towards an amicable solution with the Palestinians, particularly those trapped in the Gaza Strip, ambitions towards a peaceful restoration of appropriated Palestinian land is quickly fading. Understanding this deadlock and the incapacity of what is now seen as a spineless United Nations Assembly, thousands of Gazans have taken to the open to demand that their land and rights are restored.

Despite the peaceful nature of these protests, as many as 83% of Zionists back the shooting of Palestinian protestors according to a survey conducted by Tel Aviv University and the Israel Democracy Institute, reflecting the outcome of the elections.[12] The incumbent political reality in the Zionist State, endorsed yet again, is unlikely to change public sentiments towards Palestinians, who live under the world’s longest military occupation in modern times.