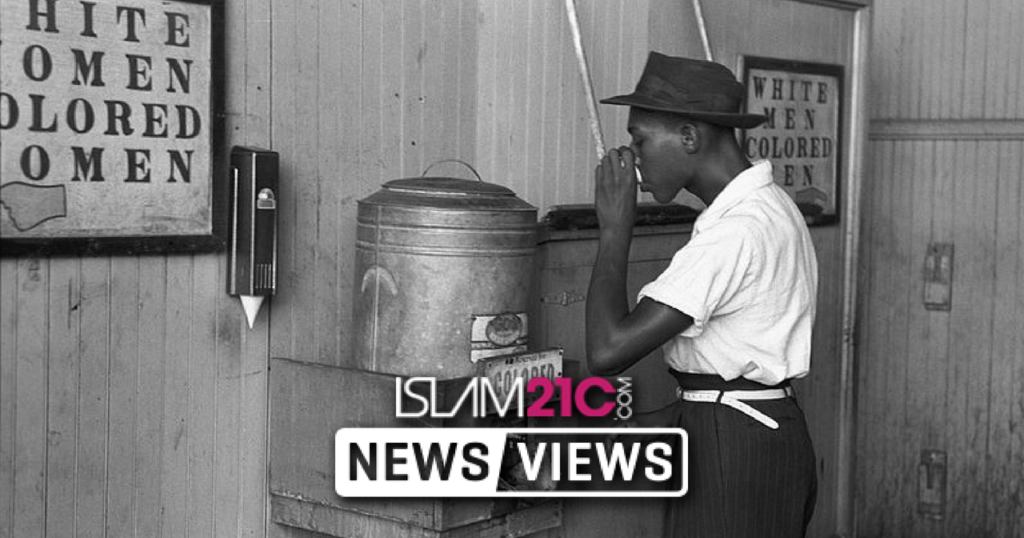 The Year 2018 and the year before have been years of even greater shame for the Arab world and the Muslim Ummah. The tempo of Israeli impunity, facilitated by Islamophobic policies of the US administration led by the demagogue Trump, and Arab sycophancy, has almost reached its zenith. It is more than a coincidence that these two partners-in-war crimes chose the centenary year after the signing of the disastrous Balfour Declaration to drive the last few nails in the coffin of Palestinian dignity making them non-entities in their own lands with utter disregard of international will, humanitarian law (IHL) and human rights regime.

It is an irony of history that a rogue State that claims to speak on behalf of Holocaust victims has itself been committing the most heinous crimes in contemporary history, while the international community has been tolerating its impunities. With the Trump-Bibi atrocities sounding a death knell on the rights of Palestinians to their own homeland, it appears that the UN and the international community are still waiting for the Palestinian funeral rites before taking any action.

It was the pinnacle of Trump’s arrogance when he announced last year that the US would recognise Jerusalem as the undivided capital of “Israel” and would move its embassy there. Despite widespread condemnation on the international scene for the move and the threats of the Organization of Islamic Cooperation (OIC), Trump went ahead with this controversial decision and moved the US embassy. He also opted to pull the US out from the Iran Nuclear deal amidst strong opposition from other signatories. This pleased the Zionist State and will help its military manoeuvres in the Middle East region.

The indiscriminate Israeli aggression during the Nakba protests and massacres of innocent Palestinians were reduced to mere international condemnations and laudable UN resolutions at best, while many hypocritical Arab leaders showed cowardice through virtual silence with OIC leadership displaying signs of utter helplessness and weakness. It was indeed prophetic when the Messenger of Allāh (sall Allāhu ʿalayhi wa sallam) said that ‘cowardice at a time when courage is needed is a branch of hypocrisy’.[1]

In yet another feat of Zionist arrogance, akin to other white supremacist fascism, Israel passed a controversial law days ago branded the “nation-state bill” which has been floating around for many years. This is an incendiary move hailed as historic by Bibi’s right-wing coalition but denounced by centrists and leftists as racist, anti-democratic and potentially fatal to ideals of equality. The draconian legislation declared that Israel is the historic homeland of the Jewish people and that “the right to exercise national self-determination in the State of Israel is unique to the Jewish people.”

It further established Hebrew as the official language of Israel, thereby downgrading Arabic to a language with “special status,” even though about 20% of its population are Arabs. The law also asserts that Jewish settlement—without specifying where—is a national value, and promises to encourage and advance settlement efforts. Perhaps, the next move will be to use this law as a pretext to expel the remaining Arabs out of Israel.

According to Ynet, an Israeli news website, ‘The nation-state bill was first introduced in 2011 by a center-right member of the Knesset, Avi Dichter’. The core goal was to establish the unique Jewish right to an Israeli homeland as one of Israel’s basic laws — effectively, its foundational, constitutional rules. When the final version passed this week, Dichter declared that “we are enshrining this important bill into a law today to prevent even the slightest thought, let alone attempt, to transform Israel to a country of all its citizens”.[2] Bibi, too, declared:

“We enshrined in law the basic principle of our existence. Israel is the nation state of the Jewish people, that respects the individual rights of all its citizens. This is our state—the Jewish state. In recent years there have been some who have attempted to put this in doubt, to undercut the core of our being. Today we made it law: This is our nation, language, and flag”.

This legislation formally sanctions discrimination against minorities in both Israel and its territories – another tool in their legal armour to make Arabs within the country further marginalised, although that has always been the case. That’s how Palestinians experience apartheid in Israel on a daily basis; but to actually make it into the basic law is a clear impunity.

Further, this law repeats the longstanding Jewish claim to the land of Israel, which some believe extends from the Jordan River to the Mediterranean Sea. Thus Trump’s claiming the role of deciding the future of Palestine by his unilateral move, and such discriminatory laws within, make peace negotiations based on a two-state solution impossible.

Bibi’s rogue State is a serial violator of international law and human rights. These systematic violations and abuses are only possible because of the impunity Israel enjoys. What has given Israel such a powerful sense of self-confidence as to enable it to go ahead with its criminal agenda against Palestinians? Until there is accountability, Israel will continue to consolidate an apartheid one-state even within its present borders – which has been expanding ever since its creation. Thus, unless the nations of the world stand together to oppose such actions, the entire planet will pay a heavy price a little further down the line, but none more so than the beleaguered people of Palestine.

Every one of those institutions and mechanisms are facing their own special limitations when deciding to take an action and prosecute war criminals. As a result, those limitations have been playing a very important part in preventing prosecution of Israeli officials by the aforesaid institutions. Therefore, it goes without saying that Israel will never be put on trial before such courts.’[3][4]

‘Finally, the UN Human Rights Council mostly plays a political part than a legal one. Therefore, it cannot be expected to make decisions that are legally binding. At the end of the day, the Human Rights Council will call on the Security Council to get involved and implement its decision. Now, given the fact that the United States holds a permanent seat at the Security Council, any case against Israel will be easily sent into the archives.

All these facts remind one of Antonio Gramsci’s theory of cultural hegemony. He argued that big powers have made up global relations and structures in such a way as to serve their own tyrannical interests. As a result, the only outcome of bringing up Israel’s crimes at international bodies will be further disgrace for the Israeli regime and reduction of its international credibility. Apart from that, such institutions are not able to play an effective role in preventing Israel’s impunity.

In other words, just as the saying goes “dog does not eat dog,” international legal and political structures cannot be expected to act against the interests of those who have created them as well as their lackeys. It is only through the use of preventive force that necessary deterrence can be created against further acts of atrocity by the Israeli regime.’

Thus, with the opposition from the Muslim world too weak to mount a credible threat, and with Arab leaders in treacherous relationships with the Trump administration and its unprecedented degree of American support, Bibi’s government, the most right-wing and religious coalition in Israel’s 70-year history, has pressed its advantages on multiple fronts.

Further, faced with Israel’s crimes against humanity, Western leadership, the self-appointed champions of human rights, have been generally shrinking from any serious criticism of the “Jewish State”. Those who dare to are branded anti-Semites such as Jeremy Corbyn.

In short, the Palestinian people have been abandoned by a cowardly, sycophantic Arab/Muslim leadership in particular and the silence of the international community in general, thus hammering the last nails into the coffin of even a semblance of a Palestinian state.

Their ongoing plight is a dark stain on the community of nations and the ever more impotent body founded in the aftermath of the Second World War to safeguard human rights and freedoms – the UN. More particularly, Trump and Bibi combined have got certain shameless and cowardly Arab and OIC leaders by the jugular, having beaten them into compliance.

It is a sad reality that major Arab dictators are killing Arab conscience and suppressing democratic dissent by putting behind bars many intellectuals and scholars who point out their treachery. It appears as if a distinct Arab world does not exist and the OIC has ceased to represent Muslim interests.