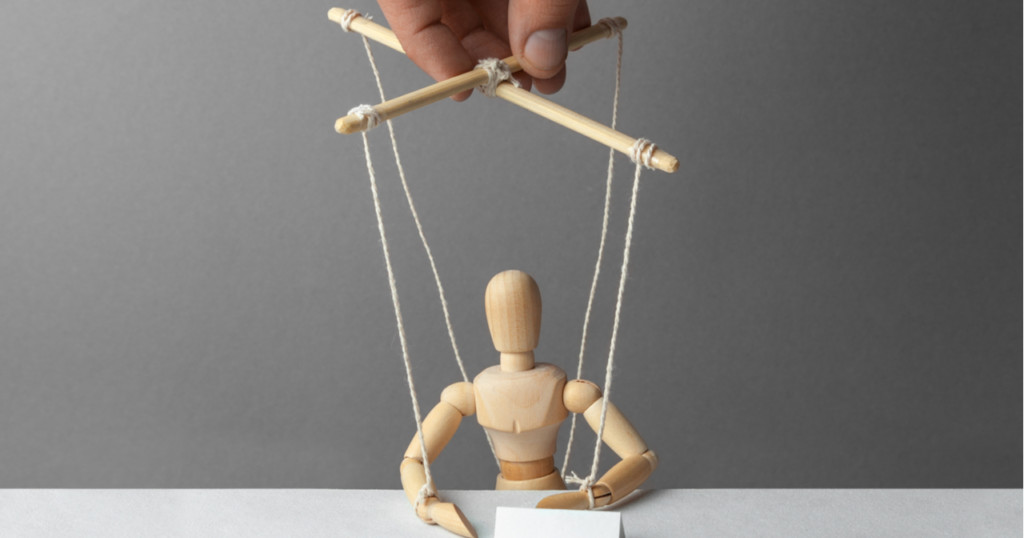 Islam21c has received hundreds of leaked documents from the Murdoch press. These files consist of emails and transcripts of an “investigation” by The Times’ chief investigative reporter Andrew Norfolk.

The leak exposes a large campaign to demonise Muslim organisations calling for democracy in the Middle East ostensibly in the service of Saudi and Emirati economic and political interests. Andrew Norfolk, together with the Henry Jackson Society (HJS) and the News Corporation, and at least one Conservative politician are working together to smear Qatar and Qatar-linked organisations.

The papers shockingly detail correspondence several months long between Norfolk and litigation lawyers helping craft as much misinformation and false links as possible without being sued or subject to press regulation investigation. The Times and other news sources like it are very well known for burying the requisite legal disclaimers in their text somewhere, whilst carrying out their outrageous and deliberately malicious disinformation campaigns.

The hundreds of papers detail carefully crafted plans to smear mainstream Muslim organisations, including a bank, with misinformation and sensationalised links to organisations in the Middle East such as the Muslim Brotherhood, who are listed as ‘terrorists’ by dictators across the Middle East for calling for democratic governance.

Most recently, Egypt’s first democratically elected President Mohamed Morsi collapsed and died in a ‘court’ hearing. Despite emerging from the Muslim Brotherhood ‘mother organisation’, charges levelled against Morsi by Egypt’s Saudi and UAE-backed military coup regime have been widely condemned by human rights organisations as bogus and counterfeit. The Times’ piece relies on the false presumption that the Muslim Brotherhood is a designated group.

In fact, officials in the Pentagon and State Department have raised objections to such designation despite Gulf pressure, saying that, “the Muslim Brotherhood does not meet the legal definition of a terrorist group and that its designation could have unintended consequences in allied countries where the Brotherhood fields prominent political parties.”[1] The charges used to justify Morsi’s 23-hour-a-day solitary confinement relied on the brotherhood’s designation as a terrorist organisation in Egypt that happened after the coup and mass incarceration of Muslim Brotherhood activists.

The demonisation seems thus very much a reflection of political pressure from Gulf states on Murdoch’s News Corp., reflecting a designation unmatched in the US and Europe and extending to grassroots organisations and charities that have decades of humanitarian work and contribution to British society on many levels and in many spheres. Extending such designations not only undermines British law but also gives credence to the suppositions of totalitarian regimes whose conflict with democracy is not exactly hidden.

It is therefore not shocking to see media outlets such as The Times, The Daily Mail, and The Telegraph carry out such smearing and demonisation. However, it is very interesting to note the exact time that this malicious attack has taken place. This will be discussed in further detail below.

This article will not delve into the many allegations and preposterous statements, as the likes of The Times rarely deserve a scientific rebuttal. There is, however an important and insidious deception that must be corrected. In doing so, this article will hope to highlight some key points that will expose some of the interesting reasons behind The Times’ decision to publish such a piece.

It is important to note that The Times is part of the American mass media and publishing company known as News Corporation, founded by the infamous Rupert Murdoch in 1980. One of the major stakeholders of the corporation has been Saudi multibillionaire and member of the Saudi Royal Family, Prince Al-Waleed bin Talal.

News Corp., which seems to firmly peddle the Saudi and UAE official narratives, was partially owned by Prince Al-Waleed bin Talal. In 1997, The Times reported that Al-Waleed owned around 5% of News Corporation. However, in 2010 his stake in News Corporation increased to 7%, amounting to a staggering $3 billion. In the year 2013, News Corporation had an investment of $175 million, corresponding to 19% in Al-Waleed’s Rotana Group. The Rotana Group, founded in 1987, is primarily owned by Al-Waleed bin Talal and is said to be the Arab world’s largest entertainment company.

It is therefore of no coincidence that The Times have decided to carry out this demonisation at a critical time in the Middle East. Considering The Times’ close links to dictatorial regimes, the piece is in clear support of the UAE and Saudi. This is particularly clear considering how the paper has chosen to focus on making several links to the Muslim Brotherhood and Qatar.

In response to the news, Anas Altikriti, the CEO and Founder of The Cordoba Foundation, said:

“There is an interesting wider context from which this comes. It’s no secret that the regimes of UAE and Saudi Arabia are incensed that their regional adversary Qatar is hosting the next FIFA World Cup. They are therefore bankrolling PR, media, political and legal campaigns in an attempt to see the World Cup extravaganza taken away from Qatar.”

“Whilst this is an insignificant issue in the whole scheme of things and another silly quibble amongst silly authoritarians, it’s amusingly fascinating to see sections of British media, politics, along with establishments which claim to be part of the research and academic spheres, willing to be pawns of those very regimes and to fulfil these dictators’ oppressive and brutal policies on their behalf.”

Altikriti’s comments interestingly tie in with the blockade of Qatar that was followed by a slew of fake accounts on social media attempting to sway public opinion during politically fraught times. [2] These armies of fake accounts have become a part of a large-scale effort by regimes to try and attempt to influence the online conversations taking place, to silence people on platforms such as Twitter and to prevent human rights activists and opponents of dictatorial regimes from being heard.

“The whole issue with Al Rayan Bank falls squarely within that particular sordid context, and the fact the likes of HJS and a clutch of similarly right-wing, neo-conservative think tanks in Washington are spearheading this fight on behalf of their financiers is simply absurd, never mind dangerously unethical.”

“Whilst some might feign anger that a bank which is regulated by the FSA is affording fully compliant British charities who have had the basic and essential right of having a bank account stripped for no apparent reason whatsoever by other banks, Al Rayan must be commended for facilitating charitable work for those in desperate need in the UK and around the world, by allowing these charities to continue to operate and serve.”

Saudi Arabia and several other Gulf states severed diplomatic ties with Qatar in 2017. [3] The move followed a visit by the US President Donald Trump to Saudi Arabia in which members of the Gulf Cooperation Council (GCC) vowed to tackle ‘extremism’ and its sources of funding. According to Trump, this is ‘already paying off’. [4] Qatar hosts a number of exiled Hamas leaders, as well as scholars and activists from the Muslim Brotherhood, many of whom have been sentenced to death in absentia by Egypt’s coup regime.

The boycott on Qatar has separated families and seen the unprecedented arbitrary detention of activists. In 2018, prominent Saudi-based Muslim scholar Sheikh Dr Salman al-Ouda was arrested and subsequently placed in solitary confinement after he refused to obey an order made by the Saudi authorities to tweet in support of the Saudi-led blockade against Qatar. [5]

After refusing to comply, the Sheikh instead posted a tweet that called for reconciliation between the Gulf states. He was arrested without a warrant from his home only a few hours following the tweet that stated:

“May God harmonise between their hearts for the good of their people.”  [6]

In the past two years, the Saudi authorities have arrested scores of scholars and activists in what is seen as a significant shift in internal policy led by Saudi Crown Prince Mohammad bin Salman. The measures have been dubbed by some as a precursor to introducing more secular-leaning laws.

The disappearance and evident brutal murder of journalist Jamal Khashoggi for his opposition to the boycott presents another example of the brutality and length to which some will go in order to isolate and target Qatar.

The News Corp. “investigation” conveniently ignores this incident as well as the reliability of Saudi and UAE prescriptions of “terrorism” when it cites the blockade as a response to Qatar’s backing of ‘Islamist groups’ and their funders. However, for the sake of legal protection, the “investigation” quietly includes caveats that both the figures it accuses of being Hamas members have denied such accusations, whilst all organisations it demonises are in fact operating in the UK entirely within the framework of the law.

In addition, the article confirms that “The Times’ analysis of Al Rayan account holders was in conjunction with the Henry Jackson Society’s centre on radicalisation and terrorism.” Although there is not much to expect from a hard right-wing paper, the use of information from the neoconservative think tank Henry Jackson Society (HJS), raises a number of questions concerning neutrality observed when conducting their “research.”

The HJS is well known for writing reports attacking Muslim activists, in particular those campaigning against Islamophobia and for wider public participation of Muslims in the UK. [7] It is funded by far-right organisations and individuals from overseas, such as Nina Rosenwald, dubbed “the sugar mama of anti-Muslim hate.” [8] The society’s Associate Director, Douglas Murray, regularly praises far-right Islamophobes such as Robert Spencer and Geert Wilders. [9] [10]

The HJS’s routine attacks on Muslim organisations are thought to be a result of the likes of Murray’s expressed desire that, “Conditions for Muslims in Europe must be made harder across the board.” [11] It therefore has little credibility outside of Islamophobic circles, with even Theresa May’s cabinet members “scrambling” to disassociate with them. [12]

The Times’ article also attacked prominent Muslim scholars, including Sheikh Dr. Haitham al-Haddad, Sheikh Assim al-Hakeem, and Sheikh Dr. Yasir Qadhi. This is not the first time that such scholars have been attacked by the right-wing media.

In early July, Sheikh Haitham came out triumphant in his three-year battle against The Telegraph over fabricated statements attributed to him. The newspaper launched their character assassination on the prominent UK Imam and academic in 2015, in a series of articles which claimed that Sheikh Haitham had described Jews as “the descendants of apes and pigs”, and “the brethren of swine and pigs.” [13] In reality, the statements were completely made up, as these were words that Sheikh Haitham had never said.

The Telegraph has since retracted its statement and published a full apology. The newspaper was ordered by the High Court to pay £62,500 towards Sheikh Haitham’s legal costs. Earlier last year, the BBC also issued a retraction of accusations made by presenter Andrew Neil that had been made in a similar manner. The retraction stated that “it has withdrawn this allegation and confirms that it will not repeat it.” [14]

Media outlets like The Times write only to instigate suspicion and promote fearmongering. These outlets have proved to lack the basic requirements and conditions for accurate journalism and truth in reporting.