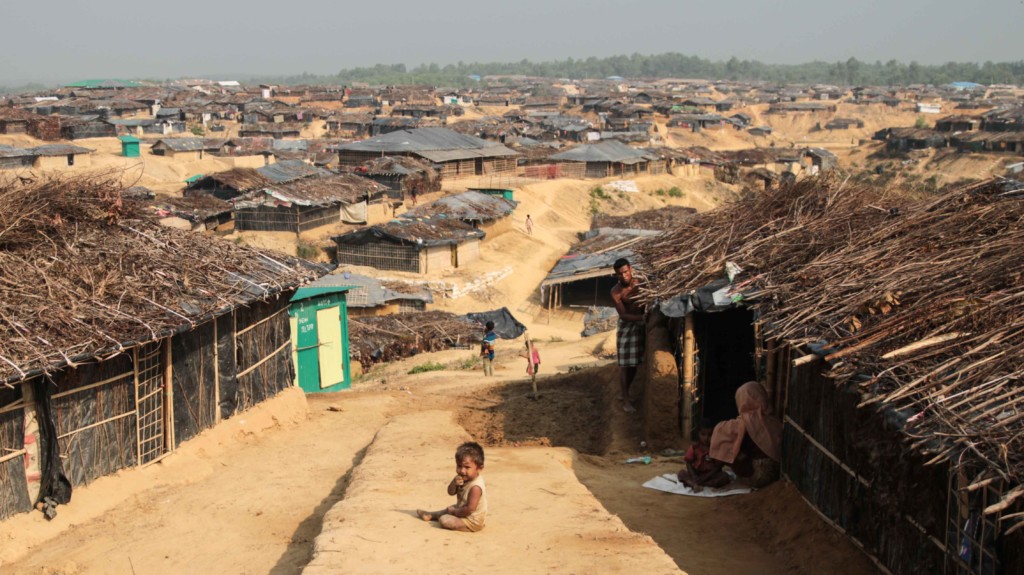 As we approach the final days of this Ramadān we thank and praise Allāh for granting us the days and nights we have had so far, and ask Him to accept our fasts, prayers, saqadah, duʿā’s, and any other virtuous deed we have performed seeking His pleasure this month.

We are all aware of the countless blessings of this month – and can be reminded of some of them in a previous article,[1] and yet for the majority who have to go to work or school, or manage the housework during these long summer days, it is a case of ensuring we carefully manage our energy to make the most of these last few special nights of Ramadān.

Undoubtedly, we have eagerly sought Laylatul-Qadr and perhaps still hope to catch it, spending our nights in worship, invoking our Lord. In those nights we collectively make duʿā’ for all the good we can think of, including for our brothers and sisters who suffer around the world; the oppressed and poverty-struck.

Let us take a moment to reflect over their realities, be inspired by them, and ensure we always remember them in our prayers, whilst remaining grateful for our own circumstances.

In Palestine we have all recently been witness to the brutal murder and wounding of civilian protestors, including children, at the Gaza border.[2] Their “crime”? Desiring a return to their homes and an end to the inhumane blockade by the Zionists and their friends in Egypt. Gazans struggle to even access clean water, with an astonishing 97% of drinking water contaminated,[3] and many live in poverty. Likewise, the struggle continues in Al-Quds where the Zionists bask in the glory of Trump’s decision to move the US embassy, as if his decision will change the reality of this land being the capital of Palestine.

Yet, if one were to travel there and visit them during these struggles, one could only be in awe of their resilience – despite hardly affording food and grieving over loved ones, the month of Ramaḍān remains truly special – and there is the buzz of holy month throughout the streets. A cannon is fired in Jerusalem to mark the time to break the fast each day; a festive tradition that goes back hundreds of years.[4] In Gaza, many families break their fast outdoors by the sea, briefly forgetting the lack of electricity in their homes.

It is only through their strength and perseverance (and of course Allāh’s will), that Al-Aqsa remains available for Muslims to visit, even if those living locally in the West Bank are largely denied such an honour. We pray for their continued strength and that Allāh grants them victory, and we should all aspire to visit Al-Quds as soon as possible, regardless of how difficult the occupiers seek to make it.

In Cox Bazaar, Bangladesh, over 700,000 Rohingyan refugees are living in dire conditions in what is described as the world’s largest refugee camp, whilst not knowing what the monsoon season will bring; indeed many could soon find themselves homeless again.[5] They have fled genocide at the hands of the Myanmar regime since last August and reports suggest some 25,000 babies will be born in the next month as a consequence of our sisters having been raped by “Nobel Peace Prize laureate” Aung San Suu Kyi’s Myanmar forces.[6] May Allāh hasten the demise of the perpetrators.

Yet, much like our brothers and sisters in Palestine, these are a strong and resilient people.[7] They will not be defeated and their faith remains strong. Whilst it is natural to long be at home with family, some are still finding the positives in that at least they are free to practice Ramadān without fear of retribution for doing so.[8] We pray that Allāh protects them and keeps them steadfast – and eases the affairs of those soon-to-give birth – perhaps those children will grow up to be leaders of the ummah.

In Syria and Yemen it is an all-too-familiar story of endless bombings, bloodshed and starvation. The tyrant leader Assad seemingly continues to get away with unspeakable atrocities, whilst certain nations use Yemen as a proxy to gain influence in the region, at the expense of lives and suffering. The UN recently reported that 10 million more civilians will starve to death in Yemen by the end of 2018.[9]

Yet we regularly come across amazing stories of true bravery and selflessness, such as the work of the While Helmets in Syria,[10] or other aid workers in the region,[11] who strive to serve the people despite the danger posed to their own lives. Many of us, having grown up in Western comfort, might have given up a long time ago – but our brothers and sisters keep going, keep fighting another day – placing their reliance in Allāh alone and invoking Him, knowing that He is All-Able and Most-Just.

One is reminded of a narration from Ibn ʿAbbās:

“The Prophet sent Muʿādh to Yemen and said, “Be afraid from the curse of the oppressed as there is no screen between his invocation and Allāh.” [12]

Imagine the power of their du’ā during Ramaḍān – know that their oppressors get away with absolutely nothing and face Allāh’s wrath in the Hereafter.

In China over 10 million of our brothers and sisters in the Xinjiang province are effectively denied the right to be outwardly Muslim; banned from fasting and denied access to the Qur’ān and prayer mats, whilst reportedly forcibly fed pork and alcohol to prove their allegiance to China.[13] Hundreds of thousands are said to have been sent to re-education detention centres in an attempt to “cleanse” them of their Islām.[14] Furthermore, some of our sisters are being forcibly married to the predominant Chinese Han race in an attempt to prevent future Muslim generations.[15]

Try as they might, the Uyghur Muslims have been going strong for centuries and will continue to do so as long as Allāh wills. As Allāh says in His Book:

“And remember, when those who disbelieved plotted against you to restrain you or kill you or evict you. But they plan, and Allāh plans. And Allāh is the best of planners.”[16]

In Sudan we find 500,000 Eritrean refugees who have fled persecution since the 1960s, yet are denied citizenship in Sudan and have minimal access to healthcare or education. And in Somalia, severe drought has left nearly 10 million people in need of food, in what is called a state of “pre-famine”.

In Kashmir our brothers and sisters fight for self-determination every day despite every attempt by the Indian government to deny them their rights. Over 700,000 Indian soldiers occupy and control a population of 8 million, making it the largest militarily occupied territory in the world.[17] Indeed the Indian military are allowed to act with impunity, killing and arresting as they wish, amongst the forced disappearances and blinding of Kashmiri youth demonstrators. Just recently, during a supposed ceasefire this Ramaḍān, an Indian military vehicle mowed down and crushed a protestor to death, in the second of such incidents within a month.[18]

In Egypt, Saudi Arabia, Occupied Palestine and around the world many spend their Ramaḍān in a prison cell, without their families and loved ones – held on spurious charges ultimately intended to protect their dictator governments, or racist and Islamophobic leaders. Meanwhile their families struggle on, remaining firm upon this beautiful religion and raising the next generation to be even stronger.

These are just some of the circumstances in which our ummah finds itself in this Ramaḍān across the world; there are many other areas that could be mentioned. We can only be in awe of the strength and patience of our brothers and sisters, who must continue to wonder when the rulers of the ummah will show the leadership and justice that Islām demands of them. Their patience is amongst the most-praiseworthy qualities mentioned in the Qur’ān; a virtue that is highlighted time and again, such as:

“Verily, I have rewarded them this Day for their patience; they are indeed the ones that are successful” [19]

We are also reminded of several aḥadīth that bring hope and certainty in their eventual outcome. The Prophet (sall Allāhu ʿalayhi wa sallam) said:

“The supplications of three persons are never turned away: a fasting person until he breaks his fast, a just ruler, and the supplication of the oppressed which is raised by Allāh above the clouds, the gates of heaven are opened for it, and the Lord says: By my might, I will help you in due time.” [20]

Ponder over this narration; those people mentioned further above are from the most oppressed on Earth, fasting in this month of mercy and holding firm to their faith. The power of their supplications cannot be overstated and will certainly be answered.

We are also reminded of the worthlessness of this worldly life in another narration:

“The most privileged people in the world from the people of the Hellfire will come on the Day of Resurrection to be dipped in the Hellfire, then it will be said: O son of Ādam, did you see any good? Did you get any blessing? He will say: No, by Allāh, my Lord!

Then the most miserable people in the world from the people of Paradise will come on the Day of Resurrection to be dipped in the Paradise, then it will be said: O son of Ādam, did you see any hardship? Did you have any distress? He will say: No, by Allāh, my Lord! I did not once see hardship or distress.” [21]

We pray that Allāh forgives our brothers and sisters for all of their sins, and makes them from the People of Paradise – those who will not remember a single second of hardship when they reach the Ākhirah. And we pray to be with them.

What can we do?

Although remembering the situation of our ummah can make sobering reading, there are some clear actions we should all take this Ramaḍān:

We ask Allāh to grant this ummah unity, strength, justice, honour and success – and to accept all of our worship and duʿā’s in this blessed month. Āmīn.