Muslim mothers successfully fight back against Prevent to keep their children 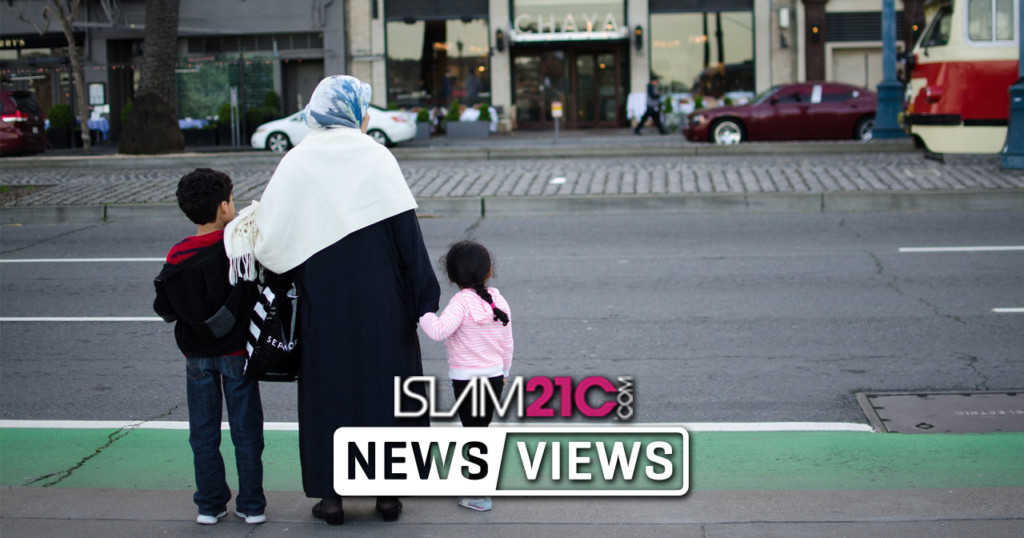 In 2015, advocacy group CAGE claimed that the CTS Bill would lead to children being removed from their families due to their beliefs and political views. As a result, the group was slammed, termed “Terrorism apologists” and accused of scaremongering.[1]

CAGE has this week published a groundbreaking report in which it reveals chilling details of the reality of this occurrence. The report features several real stories titled “Human Voices” of parents who have faced such experiences.

The group states that it has seen documents and evidence from a number of cases which demonstrates this being a reality.[2]

The report details how parents have been subjected to questioning by PREVENT officers and social workers who have employed a “subjective and unscientific method of assessing “radicalisation” and “extremism”.”[3] CAGE stated that this has largely been founded on:

“The academically debunked Extremism Risk Guidance (ERG) 22+. CAGE produced a report in 2016 critiquing this framework, citing evidence that its very authors say the method cannot predict risk with any certainty.

Despite this, the ERG22+ is being employed in the family courts, meaning that PREVENT is seeking to remove children based on subjective and inaccurate perceptions of ideology and not on actual abuse.” [4]

As well as details of several cases and human stories, the report, titled “SEPARATING FAMILIES – How PREVENT Seeks the Removal of Children”, also examines the rule of law implications and human cost. CAGE research director and author of the report, Asim Qureshi, said:

“Besides the uncritical use of the ERG22+, despite widespread concerns about it,[5] authorities have also attempted to remove children from their parents based on secret evidence. This means that parents are unable to see or challenge the evidence being used by the state to remove their children.”

“This report is a ground-breaking testimony to the encroachment of the state on the family unit. It is also a warning of the implications of this approach both on a legal level, for the rule of law, and on a societal level, for other families within broader society who choose to raise their children in ways that may not conform to state attempts at homogeneity.”

“We are fully aware of the weight of this report’s conclusions. We publish it in the hope that the stories of triumph within it will empower families facing similar threats. We also call for the review of cases where the ERG22+ has been or is being invoked to remove children – and we are confident the report will further invigorate the movement to end PREVENT.”

In response to the findings, Dr Tarek Younis, a post-doctoral fellow at the British Academy based in UCL’s Psychiatry division, tweeted:

Report raises harrowing concerns for the UK's position on 'evidence-based practice.' Instead of validity, reliability and academic scrutiny (peer review), the ERG22 is policy-driven with clear disadvantages to Muslims. Popper must be spinning in his grave https://t.co/Szja5yFgri https://t.co/rmxk0ApuBo

“What, are we supposed to accept that our families and children should be treated like lab rats until they figure out whether any of this stuff works?

Let’s be real, these types of tools are not new. In the US, there was a similar psychological tool called ‘future dangerousness’ that was used to predict whether or not an offender would pose future risk to society. Hundreds of individuals were executed over 40 years based on this false science, before they realised it had no actual validity.

It is a scandal enough that this tool exists, and that CAGE highlighted the problem of this tool since 2016. The fact that the tool is actually being used regularly, and even in determinations in family law cases, is perhaps the most problematic aspect. They are literally using the tool to determine if our children should be taken away.” [6]

He also mentions that:

“There is only one option. We must all come together and not only stop the use of the tool, but also challenge every single time this tool has been used and reopen those cases.”

Prevent is one of the four stands of the government’s counter-terrorism strategy which is known as ‘Contest’. Unlike the other strands—which exist to deal with things related to actual terrorism—Prevent was created to combat “extremism”, which was defined as the opposition to “British values”. This was due to the misguided, ideologically-based belief—now rejected by the government—that something called “extremism” causes terrorism.[7] This underlying “radicalisation” theory still remains in Prevent vocabulary despite the government distancing itself from the refuted conveyor belt theory and the ERG22+ “extremism” risk factors that were once offered as justifications for the policy, before their “scientific” basis was condemned by 140 experts across the world off the back of a CAGE report exposing it as “pseudoscience”.[8][9][10]

Independent organisation PREVENT digest calls for Prevent to be suspended and reviewed, describing the “evidence” underlying it “…as flawed and racist as early attempts to classify criminals by head shape”.[12] It adds that Prevent stifles debate, as attested by the Home Affairs Select Committee.[13]

The United Nation special rapporteur on racism stated that, “The Prevent duty is inherently flawed, and expansion of a flawed program to cover more groups is by no means curative”.[14] This expresses that the targeting of Far-Right groups does not obfuscate the harm carried out by the Prevent strategy.

Many have criticised, opposed and called for the repeal of the strategy. This ranges from the National Union of Students (NUS), Federation of Student Islamic Students (FOSIS), the University and College Union (UCU), National Union of Teachers (NUT), faith groups and activists.[15] As well as these groups, many cross-party MPs and even the Government’s own reviewer of terrorism legislation, Max Hill QC, have opposed the government’s strategy and even gone so far as saying terror laws in principle should be scrapped as they are “unnecessary”.[16]

Figures published by the Home Office display an increase in Prevent referrals across the country, overwhelmingly targeting Muslims. 65% of the 7,631 referrals noted in the released figures refer to Muslims, despite being approximately 5% of the population. 56% of the total referrals were aged 20 or under, whilst a quarter of the referrals were of under-15s. Most of the referrals came from the Education sector, followed by the police.[17][18]

Muslims comprise approximately 5% of the United Kingdom,[19] and less than 5% of the perpetrators of “successful and foiled” terror plots,[20] yet they are vastly overrepresented in the counter terrorism matrix—from Prevent referrals to Schedule 7 stops and searches to “terrorism” convictions. Not only does this lead to unjustified fear and panic from the broader population, but contributes to the alienation and disenfranchisement of many young or mentally vulnerable Muslims.[21]

This is one of the reasons that an increasing number of researchers and activists have been warning that Prevent is not just ineffective but actually counterproductive. A sense of alienation, disenfranchisement, experience of racist double standards, and so on, have long been significant empirically-determined causal factors involved in the likelihood of some people to be drawn into political violence and terrorism, emphatically not the non-violent beliefs and opinions—be they “radical” or not—that the Prevent programme has been focusing its attention on.[22]

Visit https://www.cage.ngo/separating-families-2 to view the report

[13]  House of Commons. 2018a. Home Affairs Committee: Hate crime and its violent consequences.

[14] OCHCHR. 2018. End of Mission Statement of the Special Rapporteur on Contemporary Forms of Racism, Racial Discrimination, Xenophobia and Related Intolerance at the Conclusion of Her Mission to the United Kingdom of Great Britain and Northern Ireland. ONLINE: United Nations.

[19]  According to the 2011 Census, Office for National Statistics.