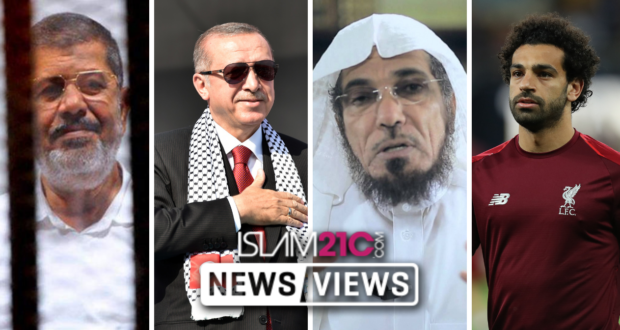 Poll results show most prominent leaders, events, and people of 2018

Rassdnews, an influential Arab media outlet, announced the results of their poll with Erdogan ranking first with 77 percent of the votes. [1]

The publication, which is released annually, stated that:

“During his terms, Turkey has seen unprecedented economic growth, constitutional reform, and a re-emergence as a major global power.”

Turkey has witnessed drastic changes ever since the abolishment of the caliphate and the rise of the Zionist-sponsored, secularist Mustafa Kemal “Atatürk”. [3] “Atatürk” came to power imposing decades of secularism on the Turkish people. Turkey endured a staunchly secularised political climate for a number of years but is currently undergoing a remarkable transitional period, in which it is removing itself of some of the tyranny that suffocated it.

In recent years under the leadership of the Justice and Development Party (AK Party) headed by President Erdogan, Turkey has reversed the Hijāb ban, built more than 17,000 new mosques, reinforced familial values, clamped down on alcoholism and formed many other policies in line with Islamic principles. [4]

Egypt’s first and last democratically-elected president in modern times, President Mohamed Morsi was ranked in second place for world’s most “prominent president” with 52 percent of the votes. For the first time since the Arab Spring and the overthrow of Mubarak, Egyptians democratically elected a Parliament and a President. This was a bane for the parallel police and military state which ran much of the economy usurping people’s properties and rights. [5]

They had a disdain for the message of the winning party, the Freedom and Justice Party (FJP), with their anti-Zionist, anti-Corruption and Islamic policies and rhetoric. They did not want to bow to the forces of dictatorial secular nationalism which had dominated Egypt.

For the brief year Morsi was in power along with his party, the FJP, opposition groups in the region plotted and planned and, following his eventual overthrow, applauded. [6] From the Military in Egypt to the Baathists in Syria, from Zionists in Israel to Emiratis in Dubai; those in power were joyous at evading minimal taxation and at maintaining a secure grip over Egypt. [7]

Egyptian football star Mohammed Salah was also named as a prominent sports figure by the annual poll, gathering 87 percent of the votes due to his outstanding achievements in playing for Liverpool Football Club.

The poll ranked Shaykh Salman al-Odah as the most influential religious figure. He was ranked first with 43 percent of the votes due to his global outreach and influential speeches. Reports emerged in September this year that prosecutors in Saudi Arabia have sought the death penalty for the prominent scholar, following an apparent secret trial. [8]

His son Dr Abdullah confirmed on twitter that the well-known Sunni scholar is said to have faced 37 charges, [9] which according to the London-based rights group Al-Qist, included incitement against the ruler and spreading discord. [10]

In addition to ranking world leaders of 2018, Rassdnews also announced some prominent events that took place in 2018.

The murder of Jamal Khashoggi was ranked the most prominent event to take place in 2018 as the killing had garnered international attention and caused a global outcry against the Saudi monarchy. Whilst some may have thought there would be media-fatigue some weeks into the story, the case simply won’t go away; and all eyes remain on the monarchy to bring the real culprits to justice.

The writer was last seen entering the Saudi consulate in Istanbul on 2nd October in order to collect paperwork to marry his fiancé, who remained outside the consulate awaiting his return. He was never to be seen again. [11]

The Israeli military occupation of the Palestinian territories was also named as a significant event due to Israel’s ever increasing brutality and oppression and its expansion of illegal settlements in the West Bank.

The sharp price increase of basic commodities in Egypt was named as another significant event, one that highlights the economic crisis millions of Egyptians are facing in recent years under the presidency of Abdel Fatah el-Sisi. [12]

2019-01-01
News Editor
Previous: Why the Muslim World is Silent Over China’s Repression of Uyghurs
Next: Israel to “worsen” conditions for Palestinian prisoners