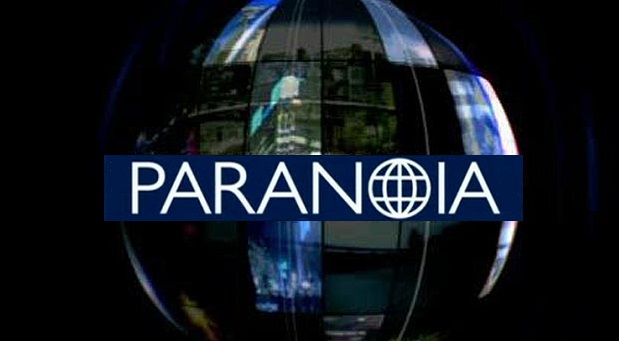 Last night my phone wouldn’t stop buzzing as I received message after message that apparently the BBC  were caught trying to subliminally smear a large segment of British Muslims. “Islam21c is on Panorama!” I already knew, but I was rewinding it again and again, making sure I was actually awake. I saw Muslim friends on social media expressing a similarly dazed disbelief at their own newfound otherness: “I can’t believe I was on Panorama…” Apparently we are non-violent extremists whose goal is to take over the country. And then the world. The cherry-picked interviewees, misquoted sound-bites and the ominous music had even me afraid of myself. 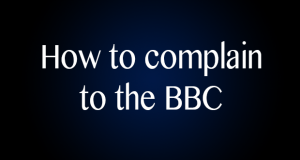 “Non-violent extremists”. There’s that phrase again, I didn’t think anyone had the gall to use such a comprehensively refuted notion anymore, but there you go—conveniently just as the government is trying to rush through the most repressive legislation we have seen since 2006, as Dilly Hussain pointed out this morning in the Huffington Post. [1]

I saw several Muslim community figures and scholars being painted like real villains, in a similar fashion to whenever we are about to have some of our freedoms taken away from us—in order to protect freedom. [2] In fact, it was done in such an almost comedic fashion that it is as though they are not even trying anymore when misrepresenting someone’s views. It felt like the BBC had finally lost the plot, so here is my brief post mortem of how they got themselves into such a mess, in the form of a useful list for anyone else who wants to follow suit.

How to lose your credibility:

1) Provoke an irrational fear of Islam.

Firstly, try and introduce your whole programme with reference to some horrible, shocking event that—although largely irrelevant—will prime your audience to crank up their internal terror alert at the first sign of a hijab.

Try and paint benign statements of mainstream Islamic theology and practices in the light of terrorism, national security and scary pictures of ISIS. Use undefined terms like “extremism” to refer to ISIS, and then again to refer to peaceful Muslims that wouldn’t hurt a fly but hold opinions you don’t like. That way, although the ignorant and foolish among your audience will presume some kind of link—without evidence, of course—you are guaranteed to lose any credibility with intelligent viewers.

In addition, avoid ANY representation of mainstream Islamic beliefs and practices at all cost. This way you can paint whatever opinions you don’t like—or rather, their correct depictions—as belonging to a fringe, bloodthirsty minority of Muslims, regardless of how canonical they might be. This includes any Muslim or even non-Muslim with an academic interest in what mainstream, orthodox, normative Islamic beliefs actually are on those matters. Tomes on Islamic theology and jurisprudence have existed for hundreds of years in the English language, so traditional Islamic values are well known to them.

For extra loss of credibility, try as hard as you can to build all of the fear and xenophobia on a premise that is not only lacking of empirical evidence, but actively disproven empirically by academics. This is the theory that somehow “extreme” beliefs that are perfectly legal and non-violent (again, careful not to actually show that by “extreme” you mean views you personally don’t agree with) somehow cause violence and “terrorism”.

As mentioned, this will fall apart completely if you have any balance, so whatever you do, do not have any annoying experts that may inject some credibility by referring to evidence. Especially not prominent terrorism experts like John Horgan, director of the International Center for the Study of Terrorism at Pennsylvania State University, who says things like:

Take special precautions to exclude from your programme people like Professor Arun Kundnani who wrote a whole report on this fallacious “conveyor-belt theory” invented and perpetuated by neocons and other ideological Islamophobes. He said, in commenting on one of the only few empirically sound studies on terrorism (you know, with actual control groups and reference to statistical significance rather than anecdotal scaremongering), that:

“specific kinds of extremist ideology associated with Islamism appear incidental rather than essential to the turn to violence.” [4]

In fact, don’t at all mention that this report was released just last week in the House of Commons to a room filled to the brim with academics, policy makers, journalists, community leaders and counter-terrorism experts. [5]

As you can see, in order to lose your credibility you must make sure that none of the vast numbers of academics studying terrorism, or journalists, broadcasters or even members of parliament, are able to get onto your programme to highlight those annoying, counter-productive facts.

3) Misquote, misrepresent, and if all else fails – just make it up.

Portraying mainstream Islamic beliefs in-between video clips of ISIS beheadings is not enough. To lose maximum credibility you have to target some of the most influential and widely-accepted leaders and scholars of the Muslim community and try your best to misquote, misrepresent and make things up to smear them as evil, terrorist sympathisers.

An excellent example of this is Shaikh Dr Haitham al-Haddad, someone well-known for propagating beliefs and practices that enjoy a unanimous consensus among classical schools of Islamic thought, which most Muslims ostensibly claim to follow. Quote-mine some statements out of context and then portray them to mean the 100% opposite of what he was actually saying, whilst carefully avoiding representing his actual, clearly and explicitly articulated views on those matters. [6]

Instead of mentioning his PhD from SOAS on the topic of Muslims living peacefully as minorities, paint him as promoting a clash of civilisations thesis, which he explicitly has refuted on many occasions. Instead of referring to his weekend seminars on how the fundamental notion of democracy can be argued as compatible with Islamic values, and how Muslims in the west should live as active members of society; find some clips of his sarcastically and ironically referring to it “filthy” and “evil”, clearly out of context.

Then after all of that and more, just lie. Mention that he “declined to comment,” even if in fact he categorically did not. [7] Understandably, if you would let him speak then obviously you would not as easily be able to smear him, so overall an excellent decision for someone wanting to lose their credibility.

If you want to portray the people you don’t like as “unpatriotic” with an “us and them” worldview, then do so by skilfully misrepresenting their critique of the political, security and media establishments as unpatriotic, and an ideological hatred of “the west”. Granted, this did not work very well for the Guardian editor Alan Rusbridger when he was quizzed, “Do you love your country?” by the Home Affairs Select Committee in the wake of his publication of Edward Snowden’s revelations of some rather unwholesome activities of the British government. [8] But he was not a member of a despised minority, so you can certainly get away with using this fallacy against Muslims, again by losing your credibility in the process. Especially since you can easily splice it into some clips of ISIS lunatics saying they want to behead everyone. Easy.

And last but not least, to really lose any and all credibility:

4) Get John Ware to do a programme about Muslims, due to his notable success in calculatedly mastering all of the above and more throughout his career.

This will practically ensure all of the above is achieved, and more. This is someone who most Muslims in the UK would detest, due to his ideologically motivated attempts at doing the same thing again and again in the past. [9,10,11] The poisonous neoconservative ideology that sees him continually try and push the tired, evidence-free narratives of a “Muslim takeover” of schools, the country and now the world, is actually why most Muslims routinely reject his offer to unconditionally be recorded for sound-bites for his programmes. And it’s not just Muslims that have caught onto his particular “journalistic” approach, if it can even be called that, as Dave Hill has summarised in the Guardian:

“The method is well established and widespread: one, identify your target; two, use every fact and quote you can dredge up to assemble the case you want to make (the word ‘links’ often comes in handy here); three, ignore or downplay any material that complicates or dilutes that case; four, make your language as dramatic as possible (frequent use of ‘secret’, ‘plot’, ‘fears’ and so on); five, get as much of it as past the lawyers as you can. This insulates you against claims that you’ve told lies. But your story is a distortion just the same.” [10]

Using Ware has actually shown an almost unprecedented cooperation between most grass-roots Muslim organisations across the whole spectrum, to collectively boycott his fear-mongering film, effectively leading to an astonishing lack of balance and representative voices. The only participant from a Muslim organisation that actually constitutionally represents Muslims, Dr Omar Hamdoun of the Muslim Association of Britain, gave such unsatisfactory answers to Ware’s agenda that most of them were not even included, apart from a few half-sentences. Again, spliced nicely with some ISIS fan footage.

If you have a burning, ideological hatred of Islam and Muslims then do not make it come across that way. This is no longer popular on television. Instead, take a page out of your ideological ancestors’ bigotry book, under the chapter, “I don’t hate all black people; I have many Pakistani friends!” Make sure you show some “good” Muslims that will agree with everything you say, tow the establishment line on “extremism”/political dissent, and paint those you don’t like as some kind of minority. Of course, with absolutely no reference to facts, evidence or statistics.

Link to the Panorama episode: https://www.youtube.com/watch?v=W-0_UkJnS8Y

[3] John Knefel, “Everything You’ve Been Told About Radicalization is Wrong”, Rolling Stone (6 May 2013). Available here: http://www.rollingstone.com/politics/news/everything-youve-been-told-about-radicalization-is-wrong-20130506

[7] Dr al-Haddad’s willingness to be interviewed was constantly expressed to the programme makers, unfortunately due to both parties being unable to schedule a meeting, the interview didn’t take place.

[10] From Islamophobia Watch: Dave Hill has provided a helpful summary of the sort of journalistic approach adopted by Ware and Panorama in preparing their documentary on Lutfur Rahman’s administration:

“The method is well established and widespread: one, identify your target; two, use every fact and quote you can dredge up to assemble the case you want to make (the word ‘links’ often comes in handy here); three, ignore or downplay any material that complicates or dilutes that case; four, make your language as dramatic as possible (frequent use of ‘secret’, ‘plot’, ‘fears’ and so on); five, get as much of it as past the lawyers as you can. This insulates you against claims that you’ve told lies. But your story is a distortion just the same.”