#KillAllMuslims – The Dawn of The Second Inquisition 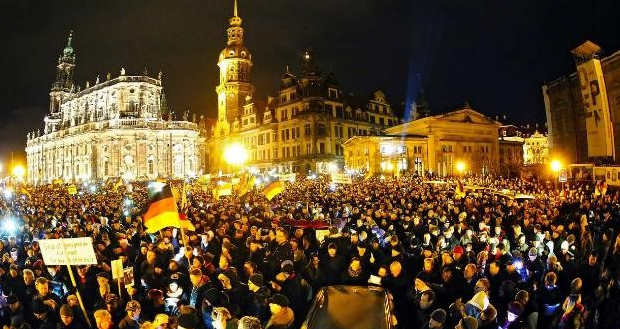 Whilst the world focuses on the Charlie Hebdo killings, a far more calamitous chapter of European history is unfolding, writes Dilly Hussain.

Within 12 hours of the shooting outside the French magazine, Charlie Hebdo’s office in Paris, which resulted in the death of 10 journalists and two policemen, #KillAllMuslims started trending on Twitter.

The perpetrators were heard by witnesses shouting “Allahu Akbar” and “Prophet Muhammad has been avenged,” in relation to the derogatory cartoons of Prophet Muhammad (saw) published by the controversial weekly magazine.

As expected, many Muslim leaders and organisations that have been “condemning terrorism” since 9/11 went out of their way to do what they do best – to apologise for a crime that had absolutely nothing to do with them. Embarrassingly, many have even jumped onto the #IAmCharlieHebdo bandwagon, forgetting that this was a magazine that published pornographic images of Muhammad (saw).

Editor
Share. Facebook Twitter LinkedIn Email Telegram WhatsApp
Previous Article“Free Speech” hypocrisy in the aftermath of the attack on Charlie Hebdo
Next Article Freedom of speech is an ideological construct