Muslims are taking over the country! One restaurant at a time… 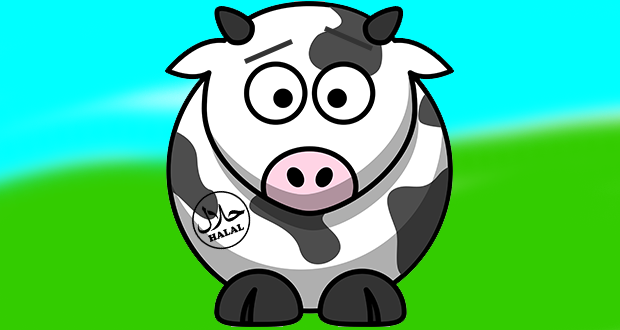 Despite an eventful news week full of murderous maniacs on the loose in London [1], 19,000 Barclays employees getting the boot [2] and a few international crises to top it off [3][4], those attention-seeking Muslims seem to be at it again, filling our front pages, timelines and radio talk shows with this halal meat non-issue.  Again.

The seemingly random alliances of radically different disenfranchised segments of society against Islamic symbols or practices is becoming somewhat of a lingering annoyance.  Whether it be what Muslims wear [5], where they choose to sit [6][7] or what they eat, haters of different aspects bring their own respective ignorant presumptions and fallacious arguments together to produce a compounded dog’s breakfast of an attack against something Islamic.

Although this latest offering by the Sun [8] and its ilk has been dismissed and ridiculed by a large number of people [9] [10] through the revolutionary, democratised online media machine that the news corporations hate [11], I do believe that some fallacies or incorrect presumptions need to be clearly tackled just in case any well-meaning readers have been duped.

This halal meat fiasco has two separate elements to it: (i) the halal meat creeping into restaurant menus; and (ii) the incorrect presumption that slaughtering an animal is more cruel than “stunning” by electrocution, drowning, bashing it over the head, or whatever else is in vogue.  This article will deal with the first element, and the second will be addressed in another article, inshā’Allāh.

Muslims are taking over the country!

Just like there are some people who try and turn any current debate into something about the EU, and there are some people who masterfully spin any news story into an issue of immigration, likewise there are those who manage to interpret practically anything into some kind of Muslim takeover plot.  This group are sometimes so gullible that even a fabricated document has been shown to cause a lasting scandal in Birmingham [12].

Muslims are not trying to take over abattoirs, or restaurants, or schools.  In fact, over the decades, abattoirs all over the world have adopted increasingly more and more ‘halal-esque’ practices in the way they prepare meat—for hygiene purposes out of their own volition.  Therefore, the only thing different between the halal meat available at places like Pizza Express, KFC and Nando’s, is that it is done by a Muslim, who says something like: “With the name of Allāh,” before slaughtering the animal.  Everything else is practically the same up until that point—for example, the animals are still stunned before slaughter, as has been explicitly stated by these restaurants, time and time again [13].

Now, knowing that the halal meat served at these restaurants is exactly the same as non-halal, apart from the fact that it is slaughtered by a Muslim who mentions Allāh’s name before doing so, ask yourself what kind of people would be trying so eagerly to provoke hysteria around this (non-)issue.  Some of the instigators, when confronted with the above uncomfortable fact, claim to be complaining about the lack of labelling.

I would appreciate this coming from a religious or spiritual person who believed that uttering a name of God could have some kind of metaphysical effect on the meat.  However, it seems that most critics are coming at this from a purely secular, material angle, which—to me at least—suggests a blinding hatred of Islam and/or Muslims.  Would it effectively be the same as wanting meat slaughtered by a black person to be labelled as such?  Why would someone care about the name of a Deity—that they don’t even believe in—being mentioned before their meat was prepared?

When cornered with that uncomfortable fact, the people from this camp then tend to go down another route of arguing, which is where they overlap with the second category of halal-critics: the [deluded] animal welfare army.  So, they used the story of pre-stunned halal meat in Pizza Express as a chance to talk about something completely different: the rare, exclusive few percentile of non-stunned halal animals available in selected butchers.  I think that’s called opportunism.

As mentioned above, the incorrect presumption that slaughtering without stunning the animal is more painful to the animal (rather than to squeamish human beings), will be addressed in a future article, inshā’Allāh.