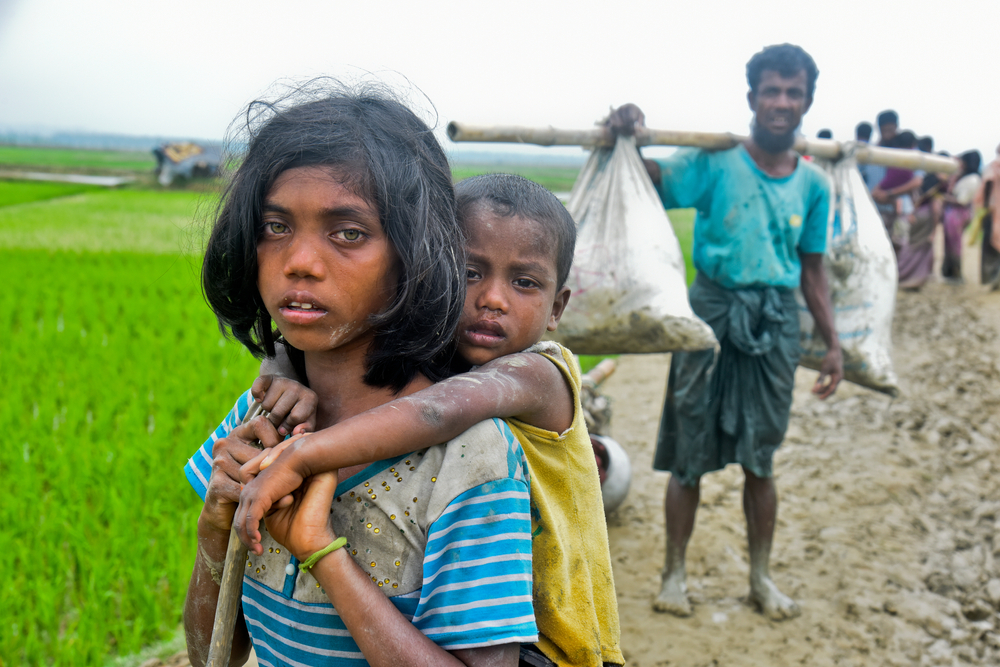 Following the shocking arrests of over a hundred members of the oppressed Rohingya people in late December 2022, new reports suggest that the Myanmar authorities have gone a step further and handed prison sentences to the same. The punishment is a clear blow to the community and has instilled a renewed sense of fear that further attempts at escape will be stamped out. [1]

After seeking to flee dire situations in Myanmar and neighbouring Bangladesh’s refugee sites, a judicial proceeding – which could arguably be described as a kangaroo court – resulted in between two and five-year jail terms for over a hundred Rohingya. Children have been transferred to “training schools”. [1]

Those sentenced were accused of trying to leave refugee camps without appropriate documentation – the same paperwork that the Myanmar authorities refuse to provide because of the entrenched anti-Rohingya sentiment in the country. [1]

The director for Africa, Asia, and the Middle East at Refugees International, Daniel Sullivan, said of the tragic turn of events,

“The charges against them for travelling without documentation stem from the junta’s own refusal to recognise Rohingya as citizens.

“The Myanmar junta’s latest jailing of Rohingya is a reminder to the world that the architects of the Rohingya genocide remain in power in Myanmar.” [1]

Who are the Rohingya?

The Rohingya are an Indo-Aryan people, native to Myanmar. They have suffered from horrific state-sanctioned abuses since the late 1970s.

Beginning with the launch of the military’s “Operation Dragon King” in 1978, many became refugees and fled to Bangladesh. [2]

Despite tireless efforts by the likes of former Myanmar leader Aung San Suu Kyi and military officials claiming that the Rohingya are not part of the country’s native population, this is a clear falsehood. Indeed, the oppressed predominantly Muslim ethnic group is native to Myanmar. This is a point that must be reiterated.

However, a 1982 citizenship law was enacted to perpetuate this falsehood, and over the generations since, it has proved an effective tool in maintaining the misconception that Rohingya are “Bengali”. [1]

In the same light, the army general Min Aung Hlaing, who spearheaded efforts to “overthrow” the government of Aung San Suu Kyi in February 2021, has previously attempted to describe the Rohingya as:

“…the Bengali problem [which] was a long-standing one which has become an unfinished job.” [3]

Over 40 years of ethnic cleansing

Since at least 1978, there have been numerous times when the Myanmar regime has made concerted efforts to force greater numbers of Rohingya out of its borders.

A number of “operations” by the security forces have seen successive groups of Rohingya flee to Bangladesh, with a tellingly named “Operation Clean and Beautiful Nation” launching in 1991-1992, and the most recent being evidenced from 2017 to present. [2]

Roughly five-and-a-half years ago, a mass exodus of around 750,000 Rohingya fled their native Myanmar for neighbouring Bangladesh. This was the direct result of the Aung San Suu Kyi-led government engaging in a brutal crackdown on the community. [4]

Immediately after the 25 August onslaught was given the green light, many tens of thousands of Rohingya women were gang raped and tortured by soldiers, in addition to further thousands of men and children burned, shot, and killed by the military. [4]

Homes were razed and entire villages wiped out as a result of this ethnic cleansing operation. Many feared for their lives and subsequently made the treacherous journey into Bangladesh.

In Bangladesh – which is itself a developing nation and suffers from the twin challenges of high population density and an abundance of government corruption – refugees were initially welcomed by political leaders.

However, in the years since, the country has struggled to maintain its two key refugee camps in Kutupalong and Balukhali; both are severely overcrowded and reports of crime and inadequate living conditions continue to plague the two Cox’s Bazar sites.

In trying to alleviate pressure on the Balukhali and Kutupalong camps, the country has controversially relocated thousands of Rohingya to the typhoon-prone island of Bhashan Char. Officials working for the United Nations High Commissioner for Refugees (UNHCR) have previously visited and warned that climactic risks are high in the isolated island. [5]