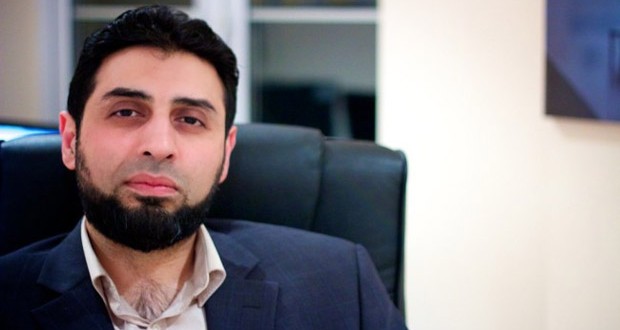 Dr Abdul Wahid On The Recent Events In Paris

In the aftermath of the events in Paris, with perpetrators still on the run, the West’s press and politicians have set a narrative across the world – that the journalists at Charlie Hebdo were killed as part of a war on free speech and as such they died as martyrs.

We could go around in circles with arguments and counter arguments. ‘Had there been no provocation there would have been no backlash’ versus ‘violence is never justified when insulted’.

One thing is for sure, in my view. Had any government in the Muslim world taken a robust stand on the on-going insults to the Prophet – peace be upon him – threatening diplomatic action or to cut trade relations over the insulting depictions – I do not believe individuals would feel the frustration to retaliate. This is one of the reasons why calls for the restoration of a legitimate Islamic polity in the Muslim world continue to resonate so strongly amongst Muslims globally – to return stability and independence to the region.

But those who blame Islam for these killings say that like all religions it needs critiquing.

In that case, let me offer a critique of the modern secular ‘religion’ of liberalism – but with less crudeness and fewer insults than normally accompanies many ‘critiques’ of Islam.

France’s claim that free expression is a ‘fundamental principle’ of the Republic is a myth. For in France free expression is for some but not for others. Women are fined for wearing niqab – or banned from education for wearing hijab. Even at Charlie Hebdo, upheld as a bastion of free speech, this ‘fundamental principle’ was set aside to appease domestic political sensitivities when they sacked their own cartoonist Maurice Sinet for refusing to apologise for his biting item about Nicholas Sarkozy’s son, which appeared to denigrate him for marrying Jewish heiresses for money.

Similarly, when the French Prime Minister previously stated that the cartoons published by the magazine in 2011 were “expressed within the confines of the law and under the control of the courts”, he ought to have been reminded that the French senate passed a bill around the same time outlawing the denial of any genocide recognised by French law – restricting expression under the law and through the courts for political reasons.

”Free speech” is never absolutely “free”. No society has ever said there is an absolute right to say what you want. Laws outlawing speech are all around us. The British government is in the process of introducing legislation that will criminalise everyone from toddlers to parents for saying things that aren’t “British”. It has already criminalised people for insulting British troops. Germany criminalises holocaust denial, despite it remaining legal elsewhere. There are many examples across Europe – and usually applied selectively.

Every society has restricted speech according to their belief and value system. In secular Western society religion is largely unvalued so blasphemy is permitted. Whereas in many other parts of the world, including the Islamic world, religion is a central value and so blasphemy becomes a redline issue, including insulting any of the Prophets of God, starting from the Prophet Adam, to Prophets Moses and Jesus to the Prophet Mohammad (salallahu alaihi wasallam – and Peace be on all of them).

The existence of redlines in different societies should not imply the closure of debate. Certainly not in the case of Islam, which has a centuries-old Islamic tradition to engage in debate, tolerate criticism and hear the critiques of others. But criticism and debate is different to deliberately targeting the insult to others.

The cost to societal harmony from the ‘freedom to insult’ is rarely discussed. This freedom to mock and deride, born out of Europe’s particular dilemma of Church authority, opened the door to the growing disrespect and anti-social behaviour in society – where rudeness is celebrated as a sign of assertiveness, courtesy undervalued as weakness, and all too many people do not respect each other or the law.

Where such “freedoms” were once used to account those in power and prevent the excesses of the state, they are now directed at a community that holds no such status. The freedom to insult the sacred symbols of Islam has become a tool to bully and persecute a minority community – with a rise in the far right and anti-Muslim sentiment.

Rather, what is expected of a Muslim in Europe today is that you bow down before the god of free speech until you accept that every Prophet can be insulted – and you learn to like it or laugh it off!

That is an unacceptable expectation by those who attack Islam. Muslims living in the West have only one option when faced with insults against their beloved Prophet – and that is to speak out. Those who work to remove even that option will fail. They will find we continue to speak out loudly– despite the mockery and hatred.

Those who say we must all be allowed to insult each other freely should realise the resulting society is one where people start to hate each other, even when they tolerate each other. By contrast a society that considers deliberate insult and unnecessary provocation of others something to be avoided, is one where people will live harmoniously despite their varied differences.

The current pattern of state policies, community alienation, provocation and retaliation only fuels fear, intimidation and mistrust – for Muslim and non-Muslim alike. What is needed is more mature debate and intellectual discussion rather than insults, lies and false narratives. And despite the ultimatums put to us, Muslim remain ready for this.

2015-01-09
Hizb al Tahrir Hizb al Tahrir
Previous: Charlie Hebdo: Norway didn’t give in to Islamophobia, nor should France
Next: Mourning the Journalists Yet Noticing the Media Hypocrisy