Quranic Community #12 | Who brought the False Report to the Prophet? 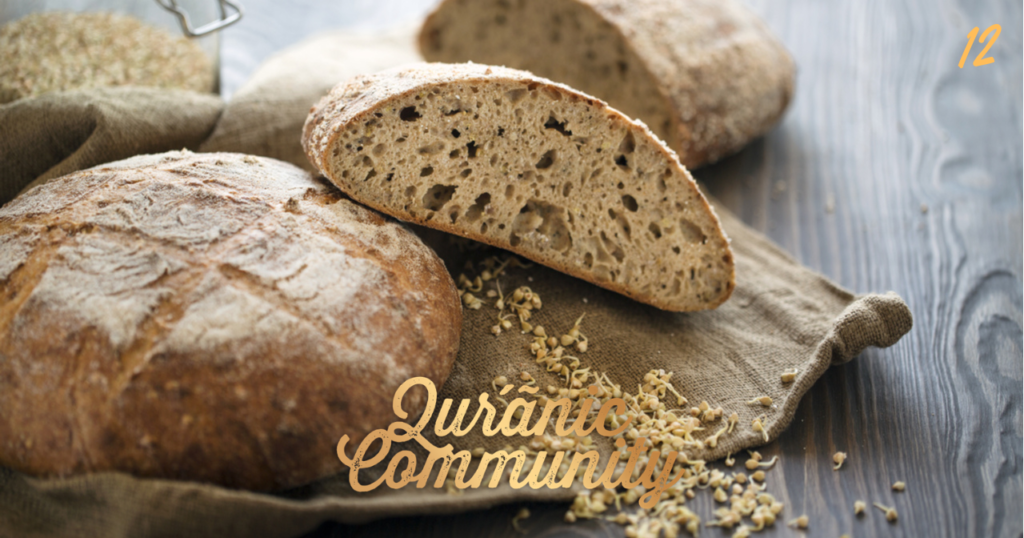 The inimitable style and power of the Qur’ān is that it seamlessly addresses past events but simultaneously establishes eternal lessons and principles. The reader may often not even notice the specific reason for revelation. In the first six verses of al-Ḥujurāt, no less than three separate accounts are specifically addressed without names, dates, nor unnecessary details.

“You who have Iman! if a deviator brings you a report, scrutinise it carefully in case you attack people in ignorance and so come to greatly regret what you have done.”[2]

Bani al-Mustaliq had already embraced Islam and there was no doubt about their certainty or devotion. They were very cognisant of the due date of their Zakāh and were in fact eager to pay. It is said that they emerged from their town, possibly as a collective, to either receive the Prophet’s messenger or to deliver the Zakāh to the Prophet (sall Allāhu ʿalayhi wa sallam) themselves. Just as the Prophet’s delegate, al-Walīd, approached, he saw the uncustomary spectacle: a sizeable and intimidating group of people wearing their arms at the precincts of their town. Al-Walīd, struck by fear and suspicion, turned and headed back to Madinah. Some exegetes reason that what exacerbated this sentiment was pre-Islamic hostility that existed between him and members of Bani al-Mustaliq.[3]

Al-Walīd returned to the Prophet (sall Allāhu ʿalayhi wa sallam), informing him that Bani al-Mustaliq had emerged intending to kill him and were by extension intending to prevent paying their Zakāh. The Messenger (sall Allāhu ʿalayhi wa sallam) was infuriated and some narrations indicate that the he considered dispatching a contingent of soldiers. Others mention that the Prophet actually sent Khalid b. al-Walīd (raḍiy Allāhu ‘anhu) to verify the account. Whilst at the periphery of their town, Khalid sent in scouts to investigate. On their return, they informed Khalid that Bani al-Mustaliq were routinely raising the Athān and praying the Salāh at its prescribed time. They were undoubtedly still committed to Islam.

Through the Prophet’s investigation, he (sall Allāhu ʿalayhi wa sallam) was able to confirm their real intentions through either Khalid or the physical coming of the tribe to him. Bani al-Mustaliq asked the Prophet (sall Allāhu ʿalayhi wa sallam) why the initial delegate (al-Walīd) left before collecting the Zakāh, fearing that it was the Prophet who ordered him to retreat. The tribe continued pleading with the Prophet until it was clear that they intended no harm but rather were extremely committed to Islam and to their financial duties.

“If he were to obey you in many things, you would suffer for it.”[4]

Had the Messenger (sall Allāhu ʿalayhi wa sallam) believed the account that Bani al-Mustaliq had left Islam and refused to pay the Zakāh, a war may have resulted that would have spilt inviolable blood and wealth, and you would have been punished by Allāh. Like Bani Tamīm mentioned in the previous section, Bani al-Mustaliq came to the Prophet for a similar reason but surrounded by different circumstances. [5] This may be why the two accounts are mentioned side by side. Allāh thus revealed these verses guiding the Ummah then and today on the correct etiquette they ought to show towards collectives of people and upon receiving news in general.

Does this mean al-Walīd, a companion, is intended?

The first question that may come to the mind is: does this mean al-Walīd (raḍiy Allāhu ‘anhu), a companion of the Prophet (sall Allāhu ʿalayhi wa sallam), can be called a Fāsiq with such a label’s implications on honesty and integrity despite the established trustworthiness of all companions? As a matter of fact, the Mufassirūn have agreed that this is not the case. What occurred from al-Walīd was nothing beyond speculation, and nothing implies that he either desired to cause harm or intended on telling a lie. It is farfetched and unjust to label al-Walīd a Fāsiq because he was mistaken in his judgement, and a person who makes a genuine mistake cannot be called a deviator.[6] It was further narrated that the Prophet (sall Allāhu ʿalayhi wa sallam) merely said to al-Walīd:

“Scrutiny is from Allāh and haste is from the Shaytān.”[7]

This is because verification allows a person time to reflect, according to b. al-Jawzī, and an opportunity to consider, compare, and contrast the different circumstances underpinning an account. It becomes as if a person has consulted himself, or carried out a personal Shūra. He likens this to the softness and superiority of bread which depends on the time it is left to ferment, the longer, the better.[8] ‘Fermented’ opinion is correspondingly superior to that which is made instantly. The word ‘aql, though referring to the ‘intellect’, is sourced from ‘what restrains’. The purpose of one’s intellect is thus to ‘restrain’ a person from doing what ought not to be done in haste. Haste, then, is the reason for many of our misinformed opinions and confutations. Were we to stop and reflect, we may begin to see why people think the way they do.

Nowhere did the Prophet (sall Allāhu ʿalayhi wa sallam) reprimand al-Walīd or order him to repent from what he did. In fact, it was completely out of the ordinary for any tribe to come out to receive the person collecting Zakāh. Ask yourself, what would the taxman think if he saw you waiting for him on your doorstep with a weapon when he had felt unwelcome to begin with? B. ʿĀshūr speculates that the leaders of Bani al-Mustaliq actually tried to deter al-Walīd’s entry on purpose. This was not to prevent their Zakāh, but they felt that his entry would arouse revengeful sentiments amongst their laity and remind them of old blood, especially when they see him taking their money![9]

Crucially, all of the Prophet’s (sall Allāhu ʿalayhi wa sallam) companions are trustworthy by the agreement of the scholars of Islam. A ‘Companion’ encompasses he or she who saw him and believed in him or those who lived around him and supported him. Even if we take the latter, most conservative opinion that a ‘companion’ is someone who lived directly around him and supported him, this will nonetheless include the vast majority of companions we know by name.

[7] Mentioned in Tafsir al-Qur’ān al-‘Athīm, Ibn Kathīr, from al-Hasan al-Basri’s narration and is thus ‘Mursal’ – contains an interruption in the chain of transmission.